BENGALURU (Reuters) – Long positions across most Asian currencies were comfortably raised, a Reuters poll found, as investors turn increasingly optimistic of the region’s economic rebound with confidence in the U.S. dollar waning and China primed for a recovery. 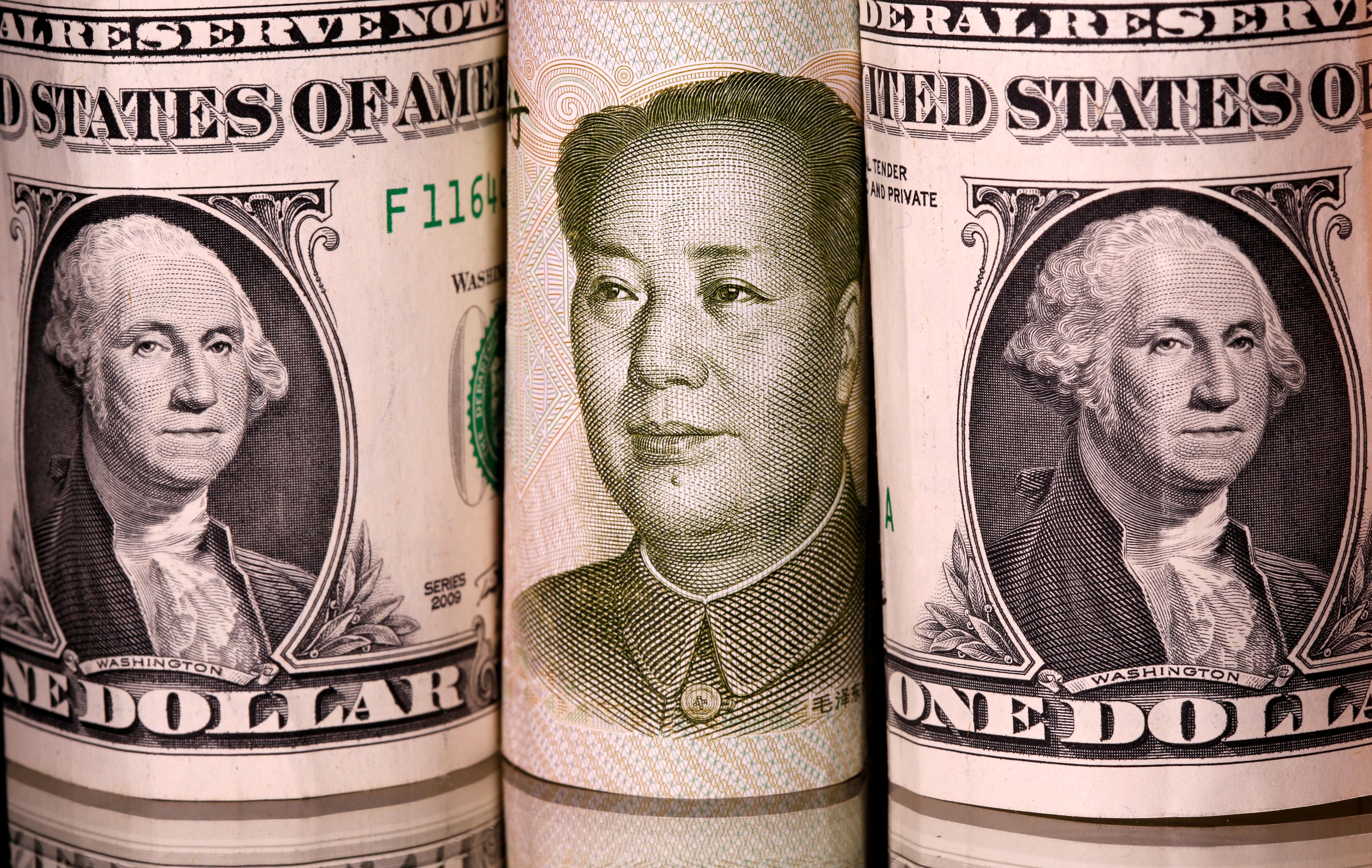 Long bets on the Chinese yuan CNY=CFXS, for example, shot up to their highest since early 2018, a fortnightly poll of 15 respondents showed, with investors consistently raising wagers since turning bullish in July.

With unprecedented amounts of liquidity pumped into markets by the U.S. Federal Reserve and other central banks, investments that would have otherwise been considered risky at a time of an economically-devastating pandemic have turned attractive.

The dollar, often viewed as a safe-haven, is set for its fourth straight monthly decline, trading at a more than two-year low.

“The U.S. dollar is likely to weaken over the next 12 months as global growth accelerates and the narrowing in real interest rate differentials continues to thwart the greenback,” BCA Research strategists wrote in a note at the end of last week.

Though fragile, recent economic data from China, the world’s second-largest economy, has pointed to a nascent recovery. Long bets on both South Korea’s won KRW=KFTC and the Malaysian ringgit MYR= climbed to more than two-year highs.

Despite many Asian economies suffering double-digit contractions in the last quarter due to lockdown measures, many investors say the worst is probably over.

“The recovery is now being seen as something more sustainable, which is driving inflows back into Asia and supporting Asian currencies against the dollar,” said Wei Liang Chang, a macro strategist at DBS.

Long positions on the Philippine peso PHP=, the region’s top performer so far this year, were also sharply raised to their highest since early 2013.

One currency that investors have remained bearish about is Indonesia’s rupiah IDR=, an interest rate carry trade favourite, on expectations of further monetary easing this year.

While rates were kept on hold on Wednesday after the vast majority of poll responses came in, analysts are still factoring in further cuts this year over other fiscal and monetary measures.

“Markets are concerned about the fiscal burden sharing with BI (Bank Indonesia), possible fiscal slippage, as well as the diminished yield attractiveness of the rupiah,” DBS’ Chang said.

The poll uses estimates of net long or short positions on a scale of minus 3 to plus 3. A score of plus 3 indicates the market is significantly long U.S. dollars.

The figures include positions held through non-deliverable forwards (NDFs).