Burger King's Russian operator has refused to close the fast-food chain's roughly 800 fully franchised restaurants despite a pledge to do so by its parent company, Restaurant Brands International.

RBI entered the Russian market 10 years ago through a 15% stake in a joint venture with Alexander Kolobov, Investment Capital Ukraine and VTB Bank affiliate VTB Capital. As part of the agreement, Kolobov is responsible for the day-to-day operations and oversight of the franchise locations.

The commitment to close the restaurants was announced in response to the country's ongoing invasion of Ukraine.

"When master franchise agreements and joint ventures are formed, there are extensive commitments to long-term investments and accountabilities to grow the business together. There are no legal clauses that allow us to unilaterally change the contract or allow any one of the partners to simply walk away or overturn the entire agreement," RBI International President David Shear explained in an open letter on Thursday. "No serious investor in any industry in the world would agree to a long-term business relationship with flimsy termination clauses. This is exactly why we say it’s a complicated legal process when we are asked why we can’t just unilaterally shut down the business." 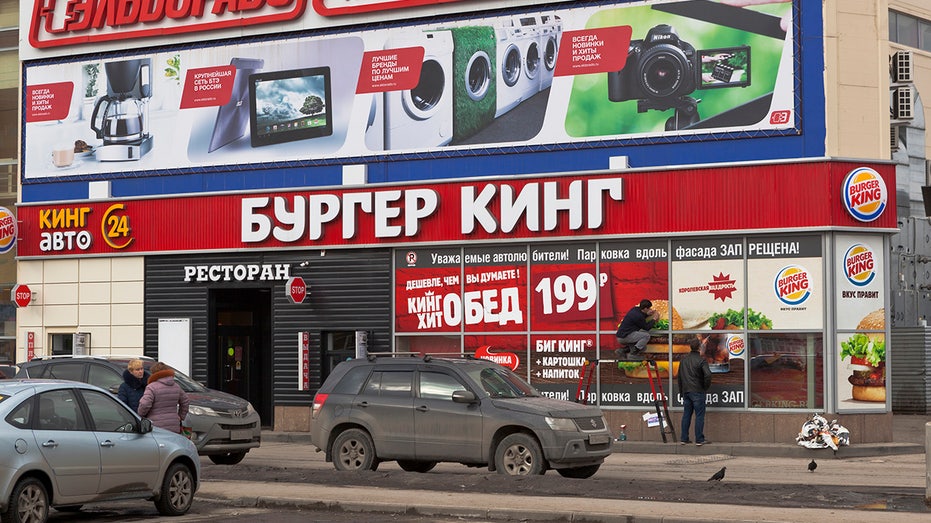 Shear emphasized that any attempt to enforce its contract would require the support of Russian authorities.

"Would we like to suspend all Burger King operations immediately in Russia? Yes. Are we able to enforce a suspension of operations today? No," he said.

In addition to demanding that Kolobov suspend Burger King's business in Russia, RBI said it has started the process to dispose of its ownership stake in the joint venture. Shear added that the company has been in full compliance with all applicable economic sanctions placed against Russia, including against VTB Bank and its affiliates.

The company previously suspended all corporate support for the Russian market, including operations, marketing and supply chain support in addition to refusing approvals for new investment and expansion. It has also committed to redirecting any profits it receives from the business, including its ownership stake, to the United Nations' refugee agency. So far, RBI has made a $1 million donation toward that commitment and has also distributed $2 million in free meal coupons for Burger King restaurants to nongovernment organizations supporting Ukrainian refugees.

The open letter about Burger King's Russia operations follows a New York Times report last week that Papa John's has about 190 stores still open in Russia because the local franchise owner refused to close business there. Papa John's said earlier this month that it was ceasing all operational, marketing and business support and engagement with the Russian market, where all of its restaurants are owned by independent franchisees.