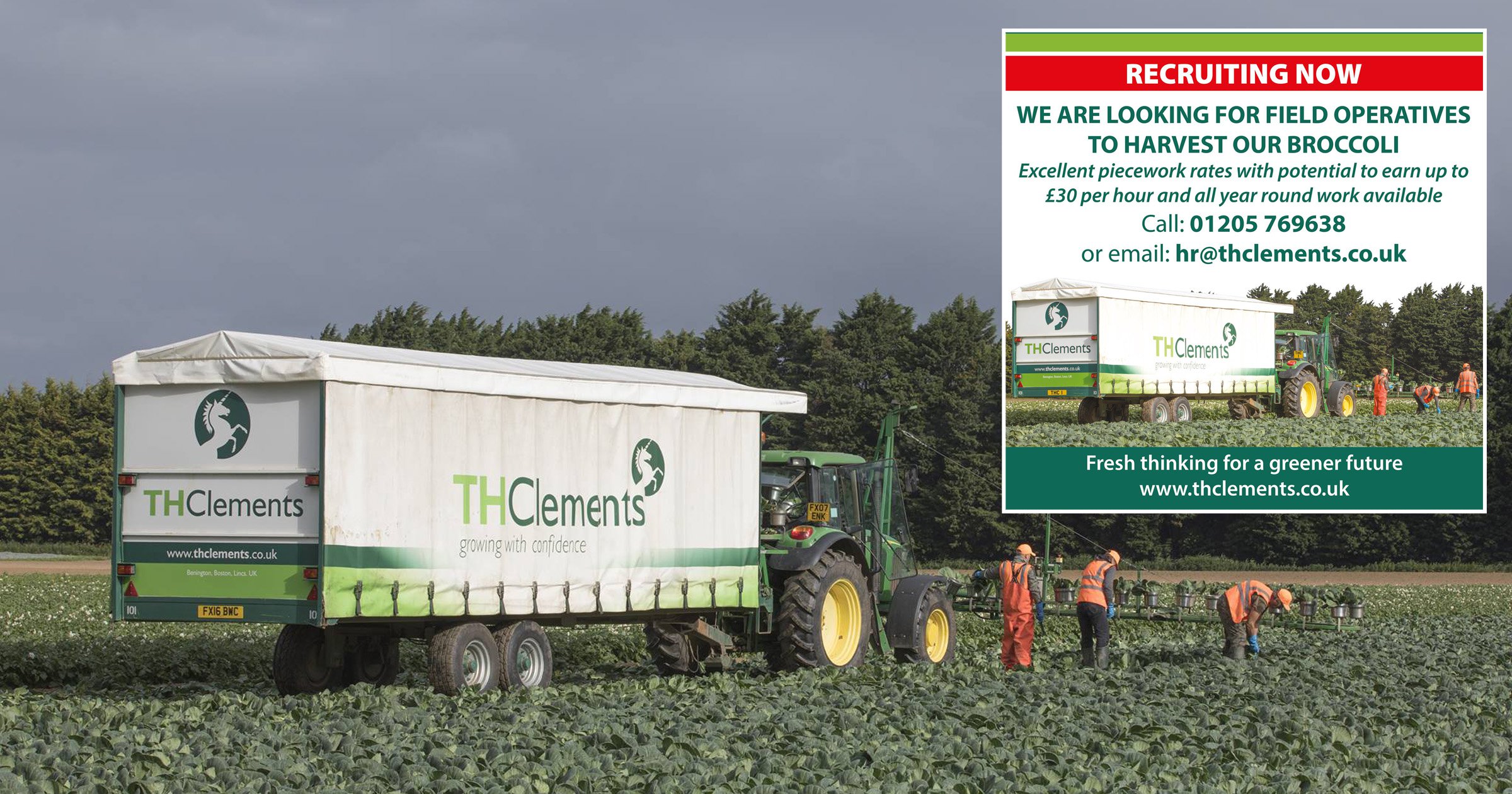 Vegetable pickers are being offered the equivalent of £62,000 a year to pick cabbages at farms in Lincolnshire.

An advert for ‘all year round work’ has been posted online by T H Clements and Son Ltd, offering a salary of up to £30-an-hour.

The role is paid by ‘piecework rates’, meaning staff get more money depending on how many vegetables they pick and it is unlikely anyone would earn the highest figures consistently.

Even so, the large salary demonstrates the scale of the national recruitment crisis in the fruit and veg picking industry, caused by Covid and Brexit.

Farms have previously been reliant on large numbers of Eastern European workers but new immigration rules have made this more difficult.

At the same time there are not enough local workers applying for roles, meaning employers are having to offer more and more incentives.

T H Clements and Son, based in Boston, Lincolnshire, posted two adverts – one looking for cabbage pickers and another for people to harvest broccoli.

One ad read: ‘We are looking for Field Operatives to harvest our Cabbages. Excellent piecework rates with potential to earn up to £30 per hour and all year round work available.’

Robert Newbery, regional director of the National Farmers’ Union, said Brexit is ‘certainly having an impact’ on farms’ ability to recruit workers.

‘The people that could move freely within Europe before now can’t,’ he added.

It comes as the Government considers granting short term visas to foreign workers in order to ease the current staff shortages being experience across several industries.

The meat processing and haulage industries could both benefit from a temporary relaxation of the rules, The Times reported.

A seasonal agricultural workers scheme, which currently enables 30,000 people to come to the UK for six months to work in agriculture, could be extended to include meat processing plants – according to Government sources.

T H Clements and Son Ltd has been approached for comment.