Thousands of people have been forced to evacuate their homes as wildfires sweep across the region where six people have already been killed. Such is the dire situation in the state, Mr Trump has now granted federal aid and assistance to help California deal with the damage. A batch of high winds, temperatures and lightning is expected to strike north California today, which could dramatically worsen the situation in the state.

State Governor Gavin Newsom has insisted the region has never seen wildfires like this before.

He said: “We simply haven’t seen anything like this in many, many years.”

He also concluded resources of personnel are being stretched by the current crisis and coronavirus.

Firefighters have been dealing with the fire since August 15, with around 12,000 in action to stop the 500 wildfires which have sparked in the state. 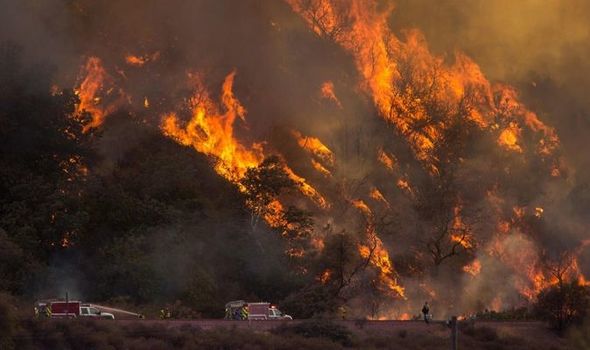 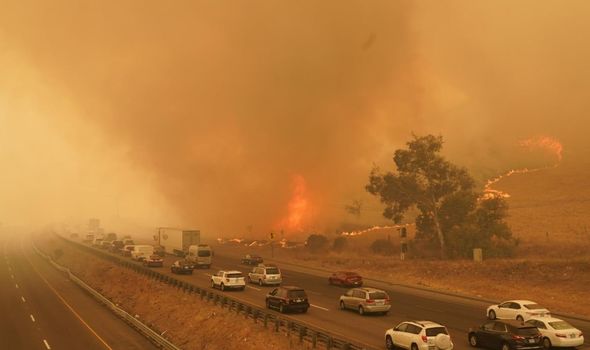 In order to help battle the blazes, California has requested assistance from Australia, Canada and 10 other US states.

Chief of CalFire’s Sanoma a-Lake-Napa unit said: “All of our resources remain stretched to capacity that we have not seen in recent history.”

A resident who lost their home to the fire, Hank Hanson of Vacaville said: “Tuesday night when I went to bed I had a beautiful home on a beautiful ranch.

JUST IN: Santa Cruz fires MAP: Where are wildfires in Santa Cruz? 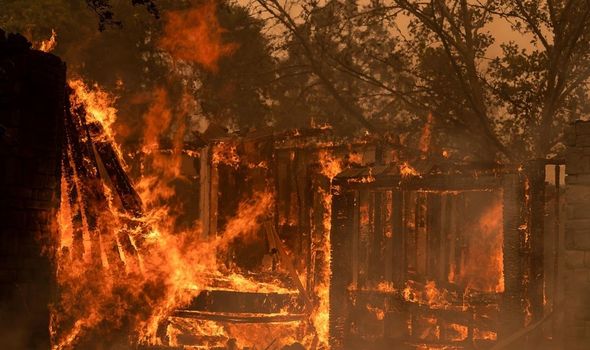 “By Wednesday night, I have nothing but a bunch of ashes.”

The wildfires have mostly been located in the north of the state close to Sacramento and San Francisco.

The governor also confirmed this is now the third-worst wildfire recorded in the state.

The crisis has also been exasperated due to the high number of coronavirus cases in California. 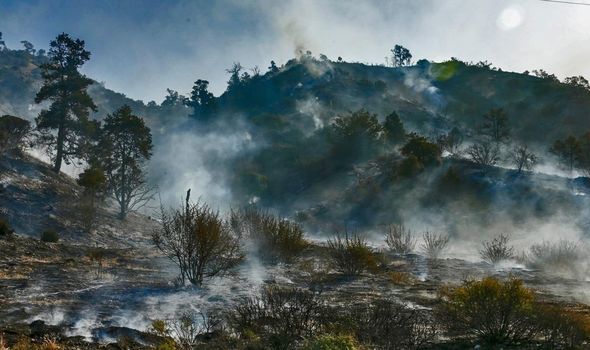 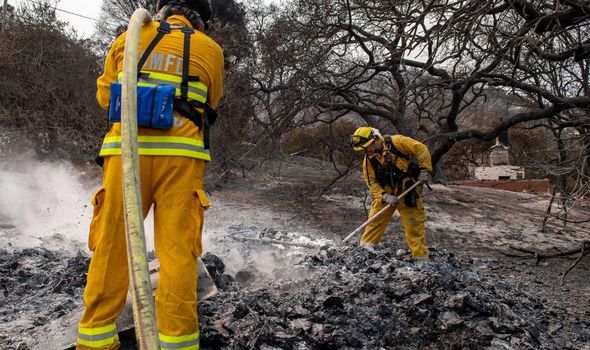 There have been more than 650,000 coronavirus infections, meaning California now has the highest number of infections in the US.

There have also been 180,304 deaths which marks the highest death toll in the world.

In a controversial move, Mr Trump claimed the American Food and Drug Administration was not acting quick enough to approve a vaccine.

Without any substantive proof, he said: “The deep state, or whoever, over at the FDA is making it very difficult for drug companies to get people in order to test the vaccines and therapeutics.

“Obviously, they are hoping to delay the answer until after November 3rd. Must focus on speed, and saving lives!” 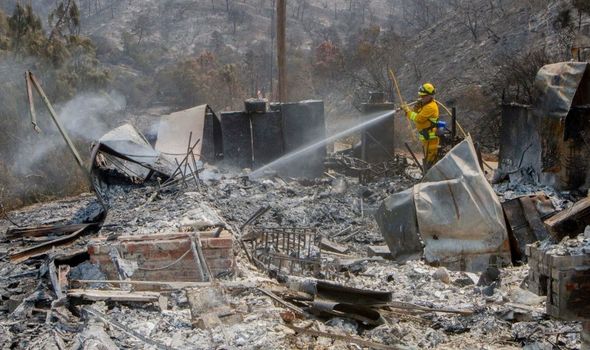 Democrat and Speaker of the House, Nancy Pelosi has criticised the US President for the move.

She said: “The FDA has a responsibility to approve drugs judged on their safety and efficacy, not by a declaration from the White House on speed.

“This was a very dangerous statement from the president … that went beyond the pale.”