Chilling CCTV shows the man believed to be the David Amess murder suspect walking calmly along a north London street just hours before the killing of the Conservative MP.

Ali Harbi Ali, who has been arrested on suspicion of murder, was captured on camera heading to Gospel Oak station at 8.44am on Friday.

With a backpack across his right shoulder, the 25-year-old is wearing a green parka jacket and glasses, with one hand in his left pocket.

It is from a shop close to the home the suspect is thought to have shared with his family.

Ismet Cengiz, 50, the manager of the Costcutter, said he was visited by a detective yesterday. 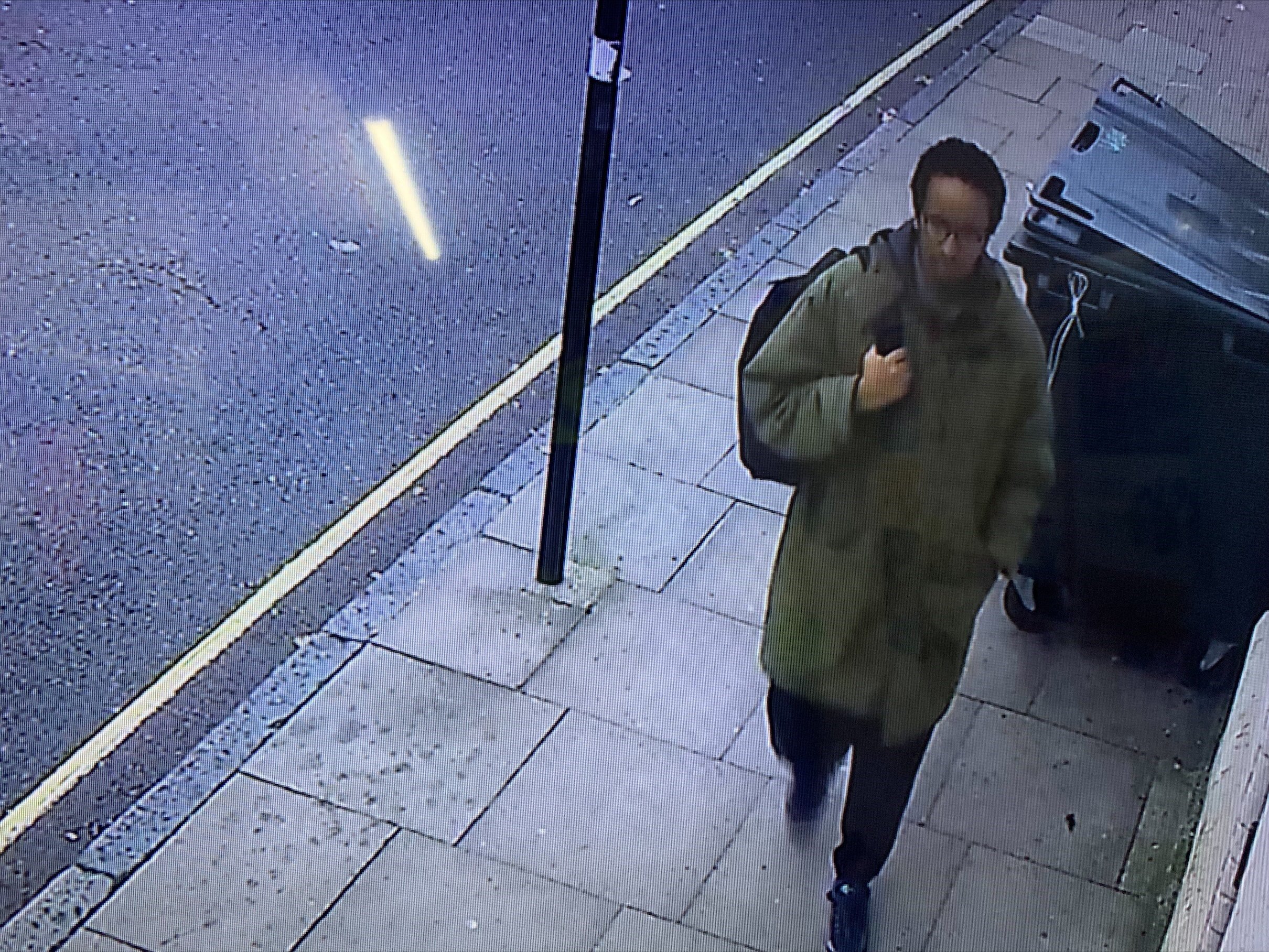 ‘She said she was investigating the MP’s murder and asked to have a look at the CCTV footage,’ he told the Daily Mail. ‘They wanted to look at the street outside.’

It is thought the MP might have been targeted simply because his meetings with local residents were so well advertised online.

It is understood detectives are yet to find any other reason why the married father-of-five was targeted.

There is no evidence that the suspect- believed to be a British national with Somali heritage – tried to make appointments with any other MPs, sources say.

Sir Keir Starmer would have been his local MP, but due to his position as Labour leader he is likely to have had more security.

But it is understood the suspect was not, and had not previously been, a subject of interest (SOI) for the security services.

MI5 investigates around 3,000 SOIs and has about 600 live investigations at any one time. There are also around 40,000 ‘closed’ SOIs – those who have been looked into previously.

A suspect is put on the closed list when security officials that don’t pose a big enough threat to prioritise allocating resources to them.

Counter-terrorism police are continuing to quiz Ali, who was arrested at the scene.

It comes after MPs sat shoulder-to-shoulder in an emotional service in honour of Sir David.

A sombre procession of about 800 MPs and peers, dressed in black, filed into the church beside Westminster Abbey on Monday, following an afternoon which saw tributes paid in both the Houses of Commons and Lords.

The Archbishop of Canterbury, the Most Rev Justin Welby, said there is ‘a unanimous conviction amongst all who knew him’ that Sir David had been ‘of the best’.

The veteran MP has been a member of parliament since 1983.

Sir David’s family have remembered him as ‘a patriot and a man of peace’.

Yesterday Southend was granted city status as moving tribute to Sir David, who led a decades-long campaign for the move for the seaside town until his murder.