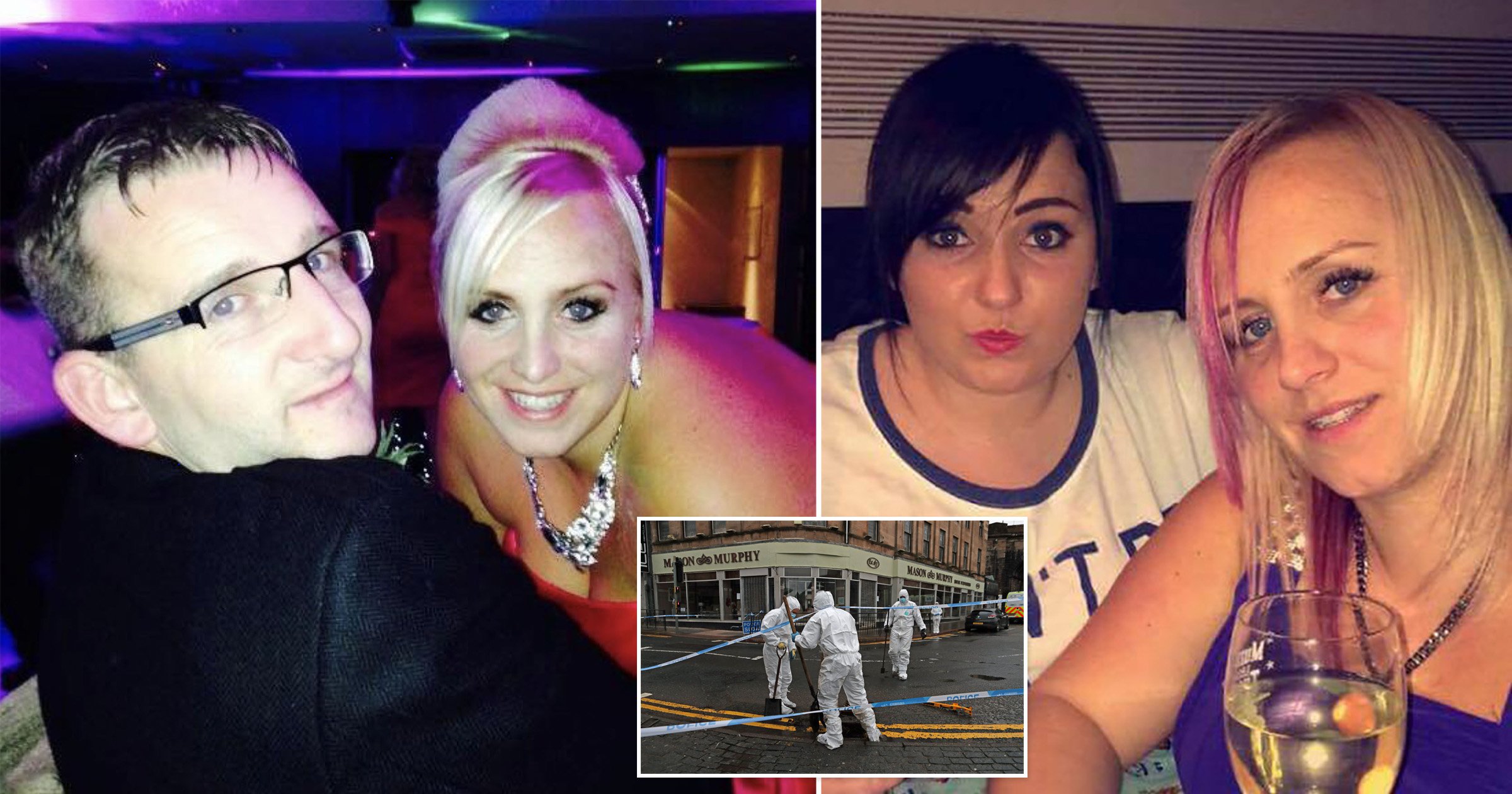 Tributes have poured in after NHS worker Emma Robertson Coupland, 39, who died after a knife attack on Thursday evening at Crosshouse Hospital, Kilmarnock.

Just two miles away in the East Ayrshire town, her daughter Nicole Anderson, 24, was also stabbed to death that night while working as a takeaway delivery driver.

Robertson, 40, then died minutes later after crashing his car into a tree near Auchinleck, 13 miles south of Kilmarnock.

But before carrying out his attacks, he left a chilling message on his Facebook about his wife.

In the now deleted post, he said: ‘Well well well, I never thought you would turn the kids away from me. I’ll no need a phone anymore.

‘I never in my life after 20 years together thought you would do this.

‘You keep saying what you won’t because I don’t care anymore, the right people know the truth, that’s all that matters to me.

‘Thanks for all the people who told me stuff, there are some right good people out there.

‘I am going to close my Facebook for good and I am not going to have a phone because I don’t need one anymore.’

Robertson also posted a foul-mouthed rant about Emma while walking around his flat, according to the Scottish Sun.

In the clip on his now deleted Facebook page, he says: ‘Some mess man. Is this my life? No, this is not my life.

He then shared a second post in which he slurs his words as he makes accusations about Emma, adding: ‘I’ll not need a phone any more.’

Police Scotland have said they are not looking for anyone else in connection with the incidents.

Devastated family members have paid heartfelt tributes to Nicole and Emma after learning of their deaths.

She said: ‘Hoping I could wake up and this all be a dream can’t take it in I’m completely broken.’

Emma’s sister wrote: ‘I am totally broken, my God man this cni be happening we argued like f*** all the time but ur ma only sister ma first niece please tell me am dreaming no way man [sic].

‘Hoping I could wake up and this all be a dream can’t take it in I’m completely broken.’

Owners of the Spicy Cube takeaway, where Nicole worked, said it would remain closed out of respect to the delivery driver.

‘Loveliest lassie you could ever meet and one person who cheered the shop right up. Rest in peace Nicole Anderson you’re sadly missed.’