SAN FRANCISCO (NYTIMES) – Since 1989, Microchip Technology has operated in an unglamorous backwater of the electronics industry, making chips called microcontrollers that add computing power to cars, industrial equipment and many other products.

Now a global chip shortage has lifted the company’s profile. Demand for Microchip’s products is running more than 50 per cent higher than it can supply. That has put the company, based in Chandler, Arizona, in an unfamiliar position of power, which it began wielding this year.

While Microchip normally lets customers cancel a chip order within 90 days of delivery, it began offering shipment priority to clients that signed contracts for 12 months of orders that could not be revoked or rescheduled. These commitments reduced the chances that orders would evaporate when the scarcity ended, giving Microchip more confidence to safely hire workers and buy costly equipment to increase production.

“It gives us the ability to not hold back,” said Mr Ganesh Moorthy, president and chief executive officer of Microchip, which on Nov 4 reported that profit in the latest quarter tripled and that sales rose 26 per cent to US$1.65 billion (S$2.23 billion).

Such contracts are just one example of how the US$500 billion chip industry is changing because of the silicon shortage, with many of the shifts likely to outlive the pandemic-fuelled dearth. The lack of the tiny components – which has pinched makers of cars, game consoles, medical devices and many other goods – has been a stark reminder of the foundational nature of chips, which act as the brains of computers and other products.

Chief among the changes is a long-term shift in market power from chip buyers to sellers, particularly those that own factories that make the semiconductors. The most visible beneficiaries have been giant chip manufacturers like Taiwan Semiconductor Manufacturing Company (TSMC), which offer services called foundries that build chips for other companies.

But the shortage has also sharply bolstered the influence of less well-known chip makers such as Microchip, NXP Semiconductors, STMicroelectronics, Onsemi and Infineon, which design and sell thousands of chip varieties to thousands of customers. These companies, which build many products in their own ageing factories, now are increasingly able to choose which customers get how many of their scarce chips.

Many are favouring buyers who act more like partners, by signing long-term purchase commitments or investing to help chip makers raise production. Above all, the chip makers are asking clients to share more information earlier about which chips they will need, which helps guide decisions about how to lift manufacturing.

“That visibility is what we need,” said Mr Hassane El-Khoury, CEO of chip maker Onsemi, previously known as ON Semiconductor.

Many of the chip makers said they are using their new power with restraint, helping customers avoid problems like factory shutdowns, and raising their prices modestly. That is because gouging customers, they said, could cause bad blood that would hurt sales when shortages end.

Even so, the power shift has been unmistakable. “Today there is no leverage” for buyers, said Mr Mark Adams, chief executive of Smart Global Holdings, a major user of memory chips.

Marvell Technology, a Silicon Valley company that designs chips and outsources the manufacturing, has experienced the change in power. While it used to give foundries estimates of its chip production needs for 12 months, it began providing them with five-year forecasts starting in April.

“You need a really good story,” said Mr Matt Murphy, Marvell’s CEO. “Ultimately the supply chain is going to allocate to who they think are going to be the winners.”

It is a substantial change in psychology for a mature industry where growth has generally been slow. Many chip makers had, for years, sold largely interchangeable products and often struggled to keep their factories running profitably, particularly if sales slumped for items like personal computers and smartphones that drove most chip demand. 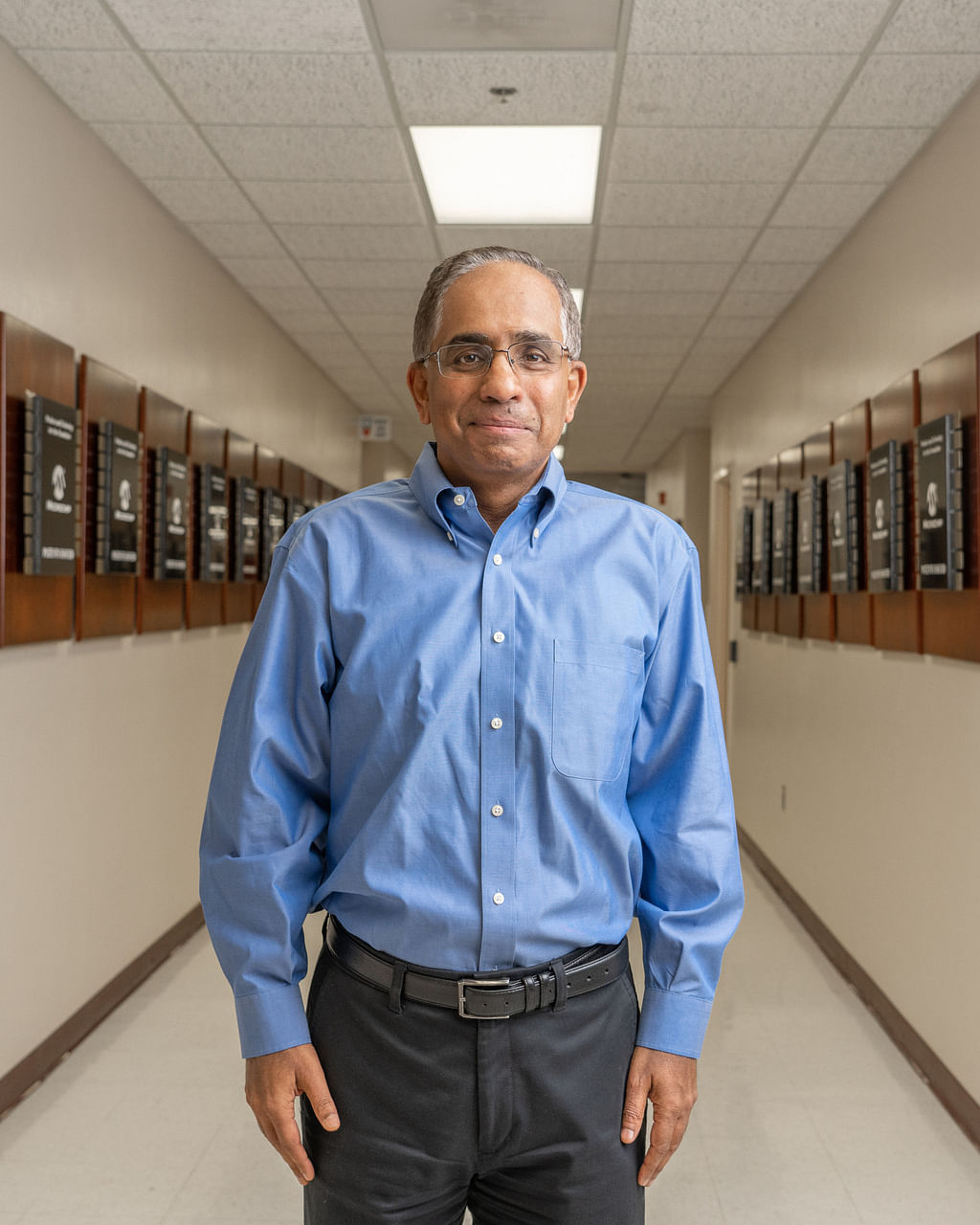 But the components are essential for more products now, one of many signs that rapid growth may linger. In the third quarter, total chip sales surged nearly 28 per cent to US$144.8 billion, said the Semiconductor Industry Association.

Years of industry consolidation have also wrung out excess manufacturing capacity and left fewer suppliers selling exclusive kinds of chips. So buyers that could once place and cancel orders with little notice – and play one chip maker off another to get lower prices – have less muscle.

One effect of these changes was to make chip factories more valuable, including some older ones owned by foundries. That is because new manufacturing processes have become so costly that some chip designers are not shifting to the most advanced factories to make their products. The result has been a demand crunch for less expensive production lines that are five to 10 years old.

So some foundries, in a major strategy shift, are beginning to put more money into older production technology. TSMC recently said it would build such a plant in Japan. South Korea’s Samsung Electronics, a key foundry rival, has also said it was considering a new “legacy” factory.

But those investments will take several years to pay off. And they will not address issues affecting chips like microcontrollers, which are a microcosm for the supply chain squeeze.

Microcontrollers combine the ability to make calculations with built-in memory to store programs and data, often adding features that only come from specialised factories. And the number of applications is skyrocketing – from brake and engine systems in cars to security cameras, credit cards, electric scooters and drones.

“We’ve probably sold more microcontrollers in the past year than the past decade,” said Mr Marc Barnhill, chief trading officer at Smith, a chip distributor based in Houston. The wait to receive some popular microcontrollers now stretches to more than a year, he said, and prices for the products have leapt 20-fold among traders that buy and sell chips.

Amid the turmoil, companies that design or use chips have responded with new tactics. Some designers are adapting their products to be made in different factories with more manufacturing capacity, said Mr Shiv Tasker, a global vice-president engaged in that practice for the consultancy Capgemini.

And customers that once bought chips based on price and performance also are thinking more about availability.

Consider BrightAI, a start-up developing devices and software to help businesses connect equipment and other devices to the Internet. Mr Alex Hawkinson, its co-founder, said it redesigned one circuit board four times in six months to adapt to different chips. The company also transferred some designers to China to revise products more quickly with components obtained there, he said.

Bigger chip users like automakers have started talking directly with manufacturers, rather than following the typical practice of working through subcontractors. Last month, General Motors forged a deal with the chip maker Wolfspeed to ensure it gets a share of the semiconductors coming from a new factory that makes energy-efficient components for electric vehicles.

While the chip industry’s power shift has aided Microchip, it has also come with its own headaches. Mr Moorthy said the company had managed to produce more chips in its three main factories in Arizona and Oregon, as well as get more from foundry partners. But demand is growing faster than what it can produce. “We are falling farther behind,” he said.

Expanding Microchip’s own plants is not easy. however. For one thing, the company has always relied heavily on buying used manufacturing equipment, but “that whole thing has dried up”, Mr Moorthy said.

Acquiring new gear can take 12 to 18 months and costs more, he said. While the long-term purchase agreements have provided more stability to make such investments, Microchip and others also hope Congress approves a US$52 billion funding package, which is expected to include grants to subsidise more US chip production.

“Are we counting on it to run our business? No,” said Mr Moorthy. “Would it help some of our investment choices? Absolutely.”