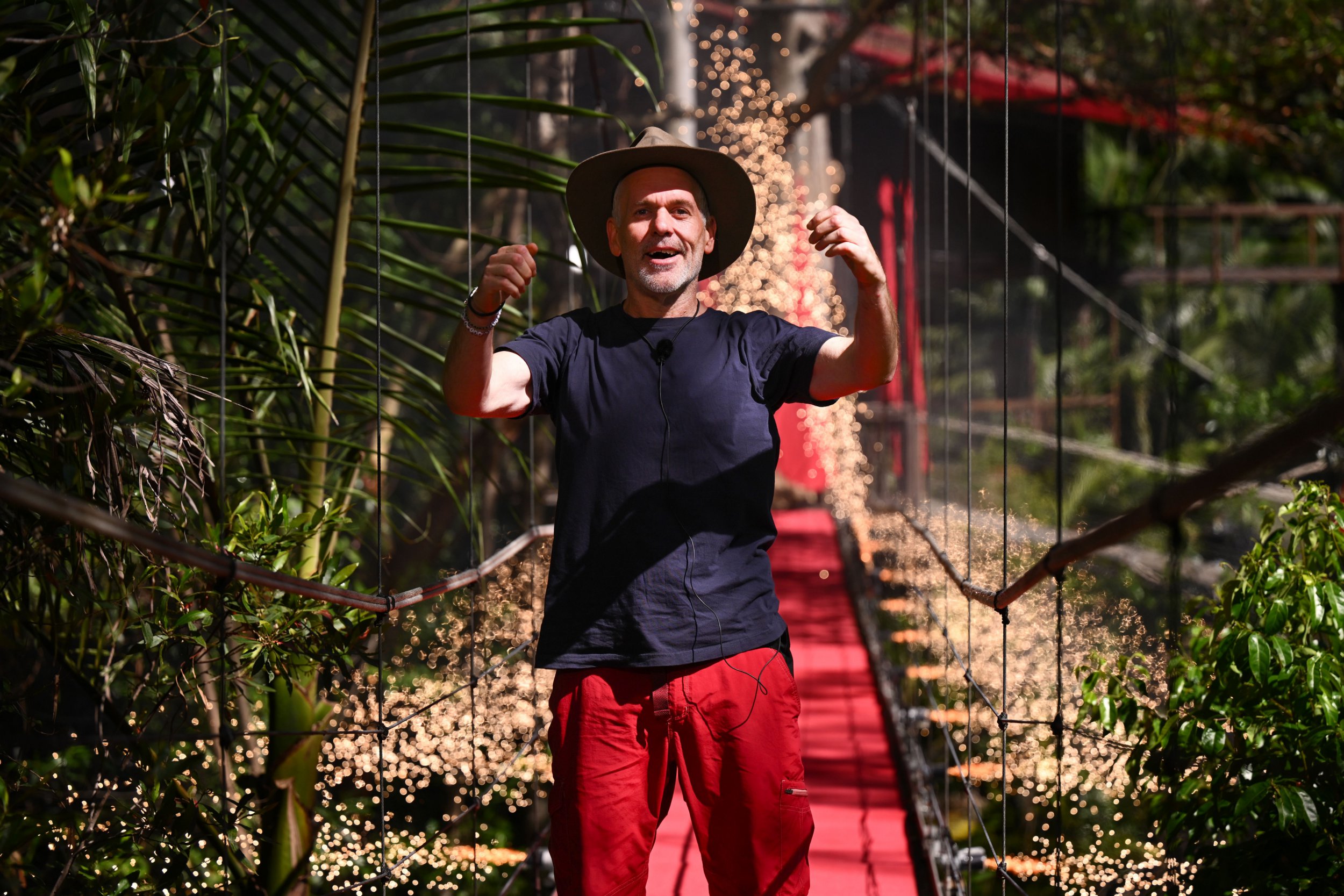 Chris Moyles has revealed how much weight he lost during his time in the I’m A Celebrity… Get Me Out of Here! jungle.

The radio presenter was the sixth campmate to be voted out of the jungle, following the likes of Boy George and Babatunde Aleshe.

Meanwhile, Matt Hancock, Jill Scott, Mike Tindall, Seann Walsh and Owen Warner remain, with one of them just days away from being crowned the Queen or King of the jungle.

While chatting to Ant McPartlin and Declan Donnelly after leaving the jungle on Thursday night, Chris joked about having asked the I’m A Celebrity crew for a smaller pair of trousers after losing weight from mainly eating just rice and beans.

Speaking to Toby Tarrant on The Chris Moyles Show on Radio X today, Chris revealed: ‘I got weighed right at the beginning in isolation and it’s the first thing you do when you come out, so yes, I lost weight!

The 48-year-old has previously addressed his weight loss on the show, having said during his on-screen introduction: ‘Most people know me as the fat DJ from Radio One.’

Elsewhere since leaving the jungle, Chris admitted he was astounded that Hancock is still on the reality series, saying it’s ‘blowing his mind’.

‘This is blowing my mind, Lorraine and I know it’s probably blowing the mind of 50% of the UK but clearly 50% of the UK are being hugely entertained by him,’ he said.

‘But here’s the thing, we genuinely have no idea what’s in the show. I genuinely don’t know what they show in the show because they take a handful of minutes from every 24 hours.’

Chris acknowledged how he felt about Hancock going into the jungle, before asking: ‘But how is everybody else feeling about him going in?’

‘It’s a tricky one and I certainly struggled with it when he first appeared because he should be at work,’ he stated, referencing the fact that Hancock is still a sitting MP.

However, the radio personality added: ‘But he as a campmate did all he could and was very eager to please – I think there’s reason for that.’

Listen to The Chris Moyles Show on Radio X, with Toby Tarrant sitting in for Chris while he’s in Australia, weekdays from 6:30am – 10am and Saturdays 8am – 11am.

I’m A Celebrity… Get Me Out of Here! continues tonight at 9pm on ITV.