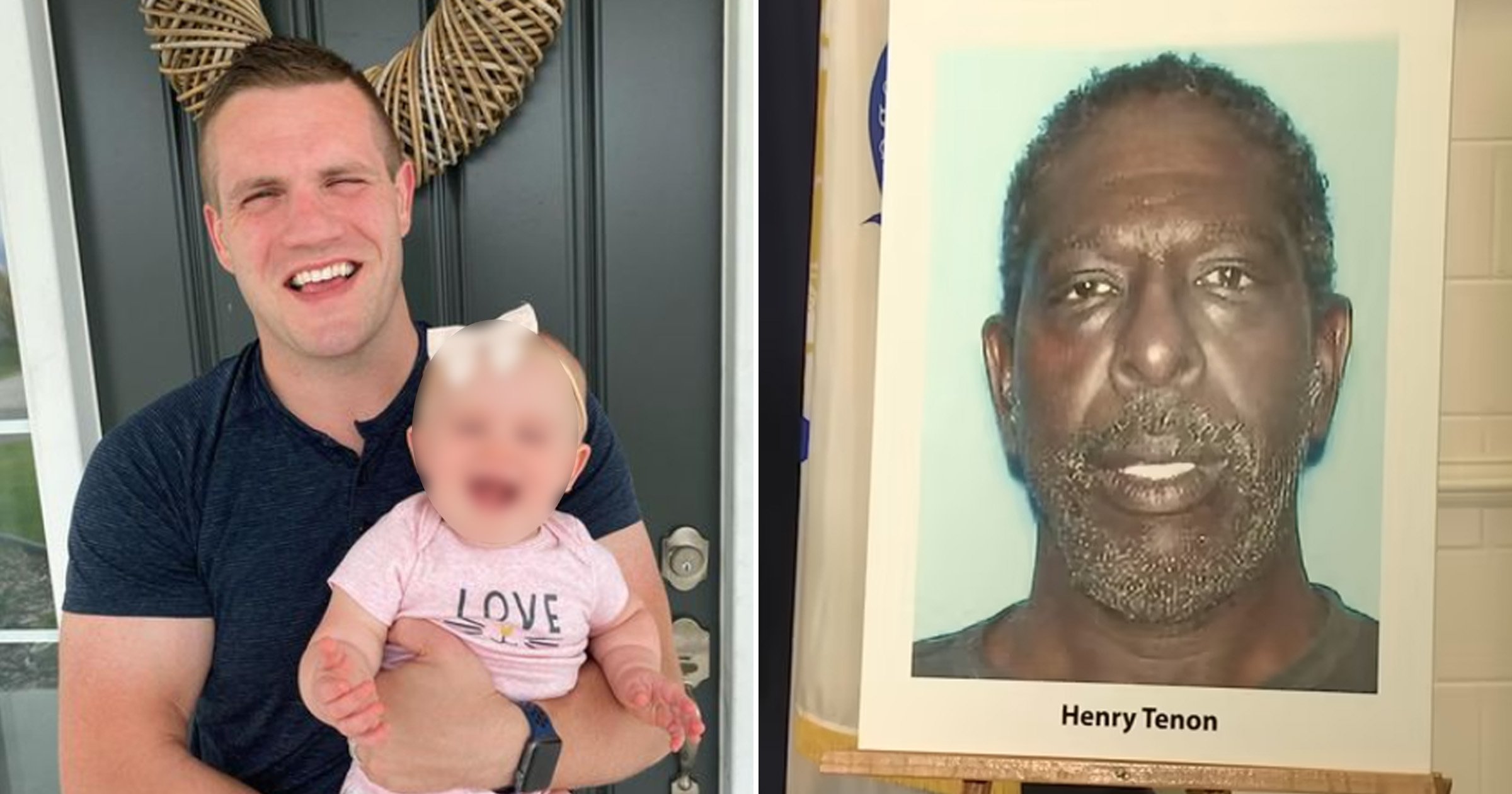 Police in Florida announced the arrest of a man for the death of a Microsoft executive almost a year after his brutal murder in front of his daughter.

Police in Jacksonville Beach identified the suspect as 61-year-old ex-convict Henry Tenon, who they say planned the execution-style murder of Jared Bridegan on February 16, 2022.

Tenon’s arrest warrant remains sealed, and authorities only revealed limited information about the case, which Nelson said was still under active investigation.

Tenon was originally picked up by sheriff’s deputies on an unrelated gun charge. He is due to be arraigned tomorrow on additional charges of second-degree murder, conspiracy, accessory after the fact to a capitol felony, and child abuse.

The child abuse charges are due to the fact that Bridegan’s two-year-old daughter was in his car when he was murdered.

The gruesome murder was described as ‘a planned and targeted ambush and murder’ by Jacksonville Beach Police Chief Gene Paul Smith.

Bridegan was gunned down at on an unassuming stretch of roadway near his home in Jacksonville.

‘On Wednesday nights, Jared would take his nine-year-old twins to dinner with their two-year-old half sister,’ Smith said. ‘He had just dropped off the twins at their mother’s home, and was driving to his own home in a dark area.’

That’s when he came upon a tire lying in the middle of the road.

Smith said the tire ‘was purposefully placed there to make him stop.’

Bridegan put on his hazard lights an placed his car in park in the middle of the road. He opened his door and left to move the tire out of his way, police said.

That was when the shooter opened fire.

‘Nothing was stolen from him,’ Smith said. ‘His two-year-old daughter remained strapped in the car seat in the back.

This is a breaking story, check back for updates…