Since the pandemic began, Boris Johnson’s government has spent £159bn in direct measures including the job retention scheme and tax cuts, as well as a further £123bn on deferred tax rises.

Today’s statement – billed as the second of three acts – is worth up to £30bn, a tenth of the overall package.

That’s a lot of spending for a rainy Wednesday, but it is not the end of the emergency support given by the government to help support the economy.

The words “whatever it takes” – the Chancellor’s refrain from earlier in the pandemic – may have disappeared from the speech text today, but it is too early to say that this is the last of the Treasury spending.

Furthermore, more than a third of today’s spending might have happened if the coronavirus pandemic had never occurred.

The £5.6bn infrastructure package, the £1.1bn public sector and social housing decarbonisation plan, the £2bn green homes grant and £3.8bn stamp duty cut flowed logically from the December Tory manifesto and many of the plans had been drawn up back as far as February. 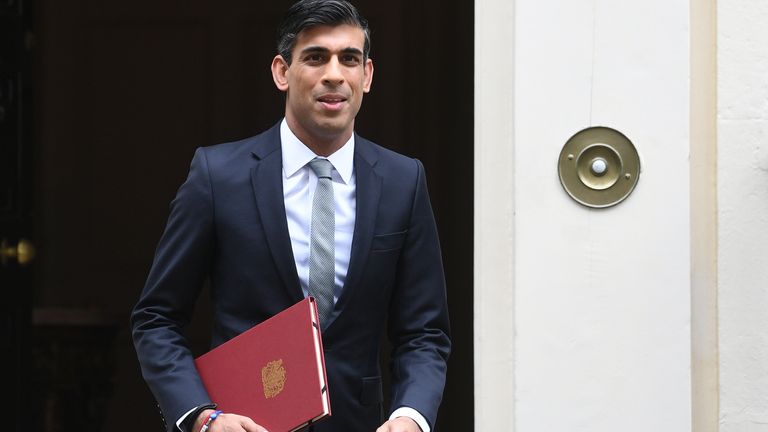 Nevertheless, there is a clear sign of enterprising thinking in the Treasury in today’s statement.

The most important rabbit pulled from the hat is the job retention bonus – a £1,000 handout to companies that put furloughed staff back on the payroll by November (the furlough ends on 31 October) and are still employing them in January.

This single biggest item of spending could cost the Exchequer up to £9bn. While as Labour points out, this will mean handouts for companies that already decided to bring back staff, something the opposition judges unnecessary, the Treasury aim is to create a bazooka to try and ensure people return to their pre-pandemic jobs.

The rest of the statement had two well-trailed aims. The first was to provide a series of training, apprenticeship programmes. The other is to stimulate the economy with the stamp duty threshold, VAT cut to 5% in hospitality and a voucher scheme.

All of these measures are being put in place before the Treasury has any idea of the scale of the problems facing the UK.

Andy Haldane, the Bank of England’s chief economist, forecasts a V-shape recovery with a quick bounce back, but many in government are more gloomy and preparing for a U-shaped recovery.

How much will today’s measures help? That depends on too many unknowables, and policymaking is taking place in the dark, though that is nobody’s fault.