The council, which is run by the Green Party, has set out its plan to become carbon neutral by 2030. Proposals include a ban on single-use BBQs on beaches, parks and open spaces.

A report said that “subject to consultation” the council would “end the use of single-use barbecues on the beach and in parks and open spaces” but admits the impact on carbon emissions would be “low”.

But the plan has prompted a backlash from residents and tourists on social media.

One person fumed: “The insanity on banning BBQs is just unbelievable.

“This will make zero difference. 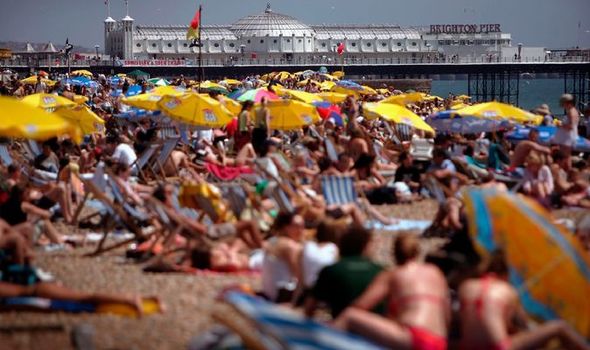 “Getting industry in the city to dim the lights in all office blocks in any city for an hour will save more carbon than all the BBQs in the UK combined.”

Another blasted: “A BBQ ban is a step too far.

“Brighton has always been about fun and a place that is tolerant and welcoming to everyone.”

A third branded it a “punitive” move against those who live in accommodation with no outside space.

They added: “The sensible method would be to have designated areas for those that want a BBQ to have one If this was about actual carbon emissions then a far quicker and more effective measure would be to ban all domestic solid fuel burners.”

Another hit out: “This move is the worst type of woke response to global warming from the Greens.

“It is knee-jerk and the science does not support their claims.”

But some people backed the proposal to ban single-use BBQs.

DON’T MISS
Green Britain Quiz: How much do you know about the UK’s environment? [QUIZ]
Woke wind power is NOT a viable energy policy Boris – BERNARD INGHAM [COMMENT]
‘Shout at your wife for once!’ Council meeting descends into chaos [VIDEO] 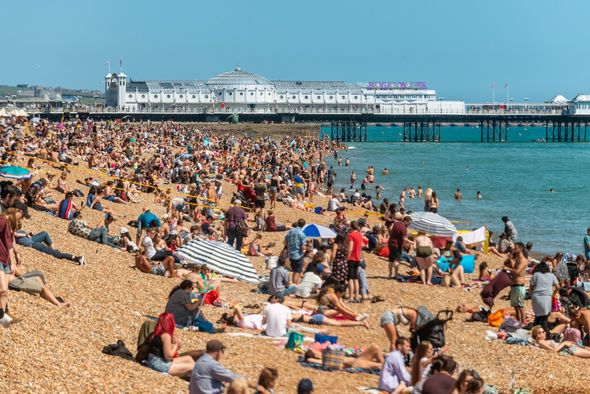 One insisted: “Few things are more annoying when you have a nice spot on the beach and then people near you start a barbecue and the consequent irritating smoke and smell of food.”

“Smoke and stench from stinking BBQ’s spoil other people’s peaceful enjoyment and hope the ban will apply to BBQ’s in gardens in residential areas as well.”

Brighton and Hove City Council said the proposals were in their very early stages and would go to a consultation at a later date.

A council spokesman said: “We are not banning all barbecues on our beaches.

“We are planning to consult our residents on the possibility of banning single-use, disposable barbecues, but no decisions have been taken at this stage.

“There are some real problems with disposable barbecues that are used once and then thrown away.

“Not only do they end up left as litter on our beautiful seafront, but they have also in the past caused fires in our waste sorting site, and are often a serious hazard when thrown into general waste.”