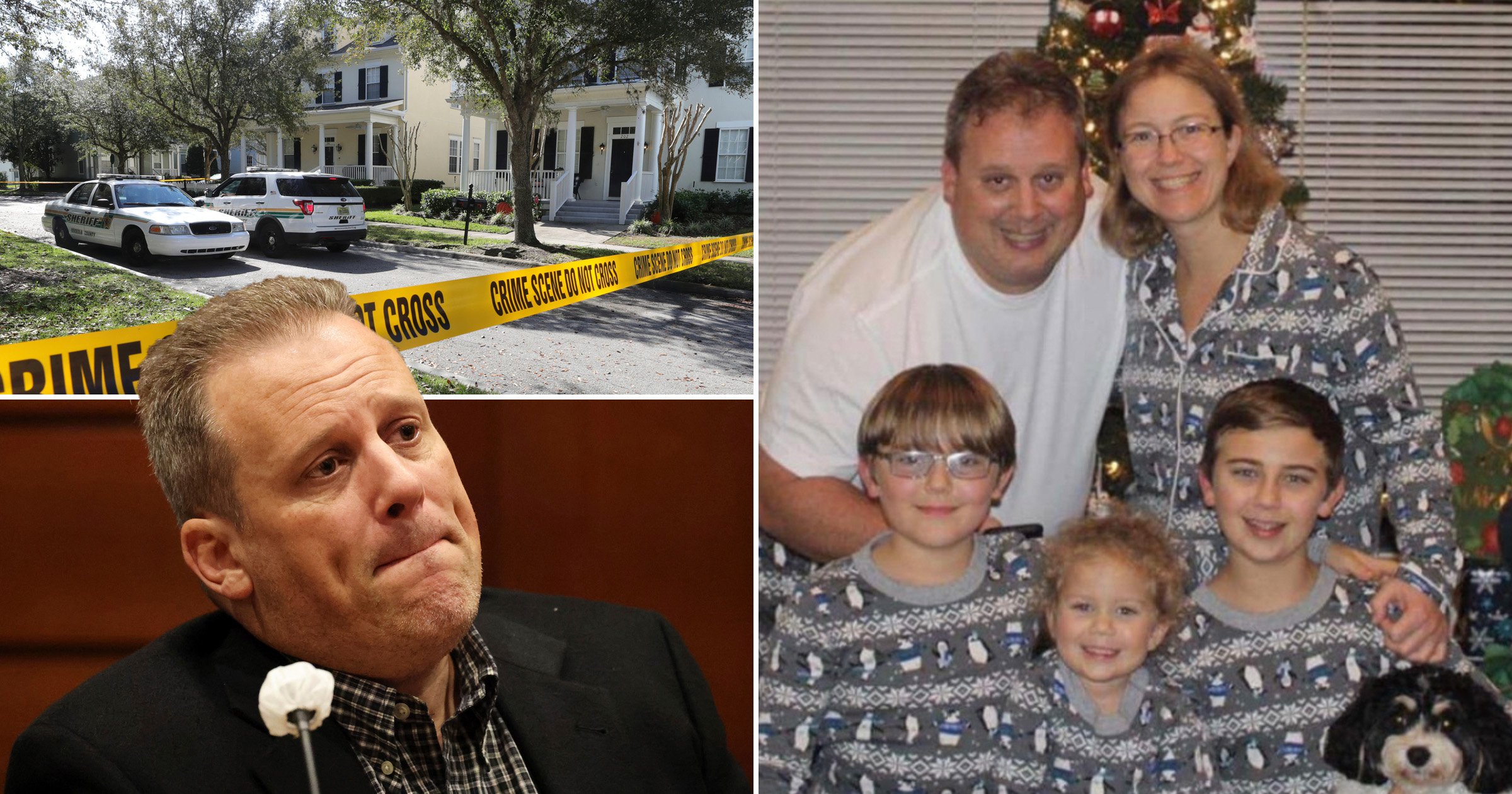 A Connecticut dad who confessed to the murder his wife, three children and family dog in their Florida home said he wanted them to ‘pass over to the other side together because the apocalypse was coming.’

Over two years after the decomposing bodies of his family were discovered by authorities in their Central Florida home, Anthony Todt was convicted on four counts first-degree murder in the killings of Megan Todt; their children Alek, 13, Tyler, 11 and Zoe, 4.

Todt was also convicted on one count of animal cruelty for the killing of the family’s dog, Breezy.

Circuit Judge Keith A Carsten called the 46-year-old father a ‘destroyer of worlds’ and ordered he serve four consecutive sentences of life in prison, according to the Orlando Sentinel.

Despite the guilty verdict, Todt maintained his innocence, and claimed he and his wife had an agreement to kill their family.

Authorities on January 13, 2020 arrived at the home while to arrest Todt on federal health care fraud charges related to his Connecticut physical therapy business, only to find the badly decomposing bodies of a mother, her three children and the family dog.

Todt had been living with their discolored bodies for over a week. Autopsies would later reveal toxic amounts of Benadryl in their systems.

The December 2019 killings began with his youngest child, Zoe.

‘The defendant . . . went into Zoe Todt’s room while she was asleep,’ Assistant State Attorney Danielle Pinnell said. ‘He took the time to sit with her and then he rolled over on top of her until she suffocated.’

‘The defendant was more concerned about Tyler Todt because Tyler was the fasted,’ Pinnell said. ‘He was afraid if something didn’t go the way that he wanted, Tyler would escape.’

He allegedly told detectives that his wife, Megan, had stabbed herself in the abdomen. When she failed to kill herself, Todt suffocated her with a pillow.

Once everyone was dead, he moved all their bodies to the master bedroom, according to Pinnell.

After killing his wife, three children and dog, Todt used their phones to tell their relatives they were all sick. His lie eventually prompted his sister to call law enforcement and request a wellness check.

When authorities initially arrived at the family’s home, Todt pretended his wife was asleep and the children were away. But in a later interview when he confessed to the killings, he told detectives he and his wife believed that ‘they bring their children into this world, they should get to decide when they leave,’ according to Pinnell.

Todt’s defense team argued that prosecutors could not prove that it was him who killed his family and not his wife.

‘There are holes. There are gaps. There is reasonable doubt,’ said Alesha Smith, Todt’s public defender. ‘If the medical examiner can’t give you the true cause of death, that goes to reasonable doubt.’

In several separate interviews with detectives, however, Todt confessed that he and his wife had come up with a plan to kill their kids and themselves in order to ‘pass over’ before the apocalypse.

Jurors were then shown video of the interrogation in which Todt described suffocating his children one by one, followed by his wife after she failed to commit suicide.

He told jurors that, in the weeks following the killings, he had tried to kill himself in a variety of ways. He also claimed to have no memory of his interviews with detectives where he admitted to the crimes.