Spotify is trying to meet the mob in the middle: Emily Compagno

David Crosby and Stephen Stills have joined their Crosby, Stills, Nash & Young bandmates and asked that the platform remove their music.

The move was made in opposition to the coronavirus-related content published via Joe Rogan's podcast, which is exclusive to the streamer.

"We support Neil [Young] and we agree with him that there is dangerous disinformation being aired on Spotify's Joe Rogan podcast," Crosby, 80; Stills, 77; and Graham Nash, 80, said in a joint statement shared on Twitter on Wednesday.

Nash had already removed his music from Spotify.

"While we always value alternative points of view, knowingly spreading disinformation during this global pandemic has deadly consequences," the rockers continued. "Until real action is taken to show that a concern for humanity must be balanced with commerce, we don't want our music – or the music we made together – to be on the same platform."

Young was the first artist to pull his content from the streamer over the information in Rogan's podcast and was followed by several others, including Nash, in the days since. 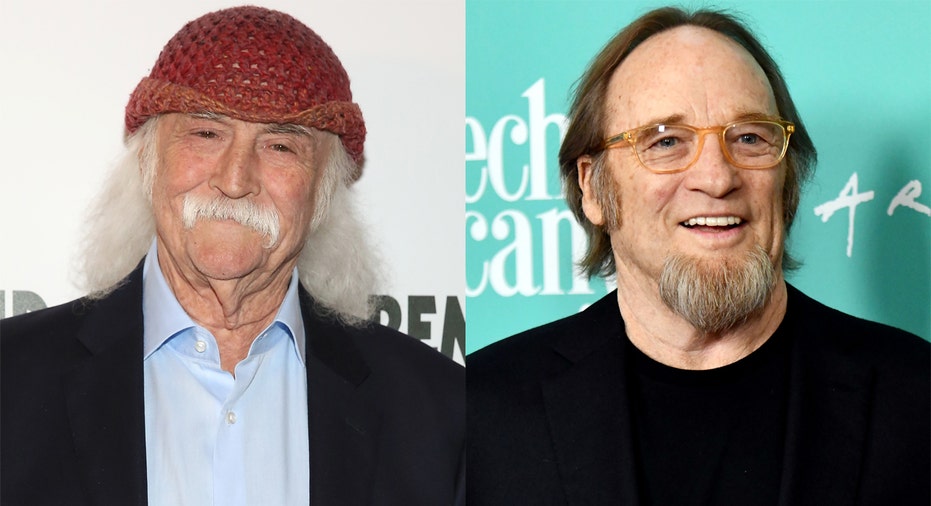 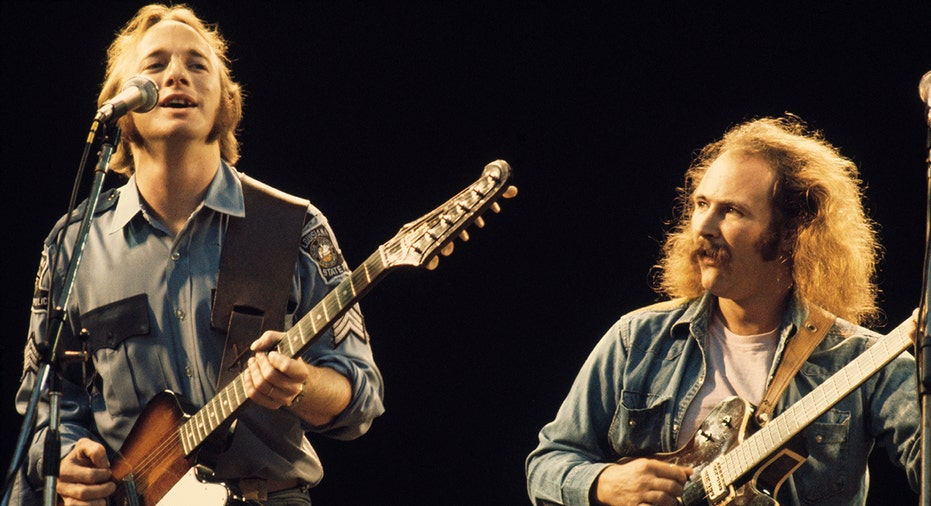 David Crosby (left) and Stephen Stills (right) have requested that their music be removed from Spotify. | Getty Images

Crosby, Stills, Nash and Young formed a supergroup together in the late 1960s and reunited a number of times throughout the following decade. Each of the performers has had successful solo careers.

Stocks in this Article

Together, the quartet is known for songs like "Ohio" and "Teach Your Children." Without Young, they found success with songs like "Southern Cross" and "Wasted on the Way."

Other artists to have pulled their music from Spotify in protest of Rogan's content include Joni Mitchell, India.Arie and Nils Lofgren. 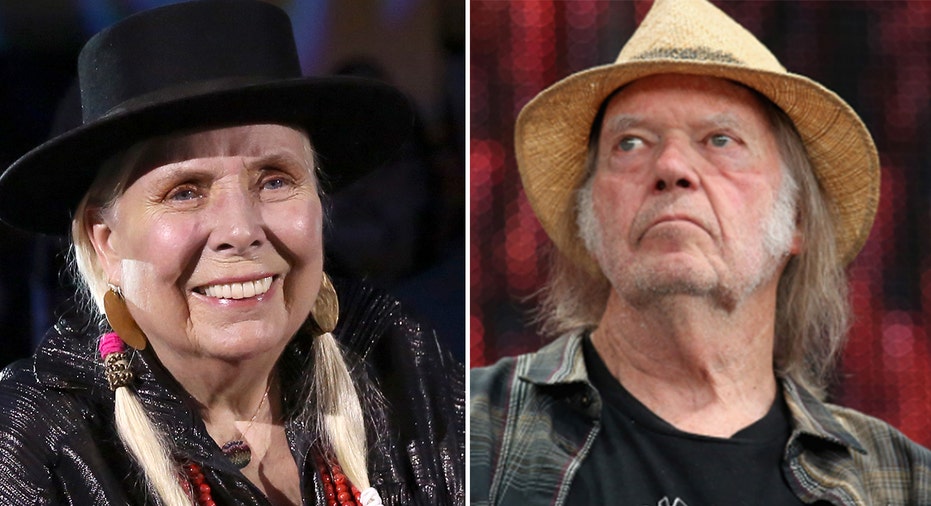 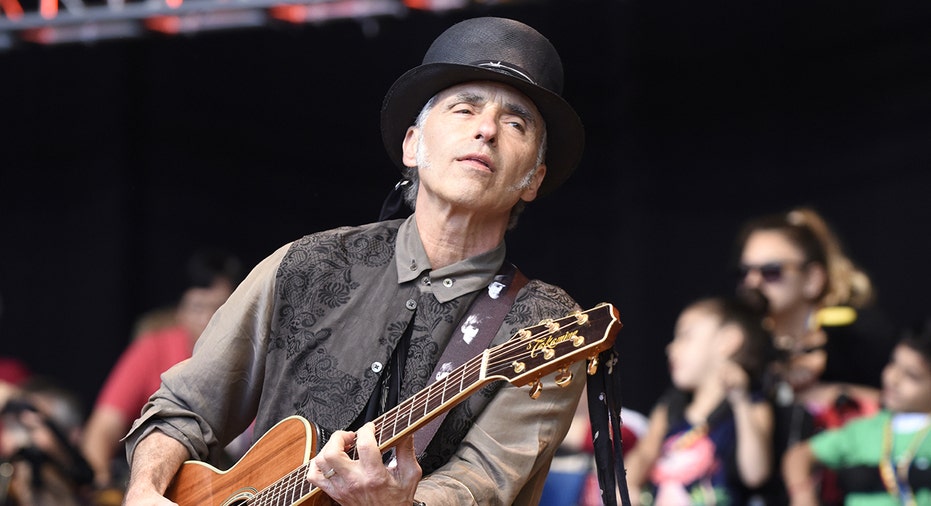 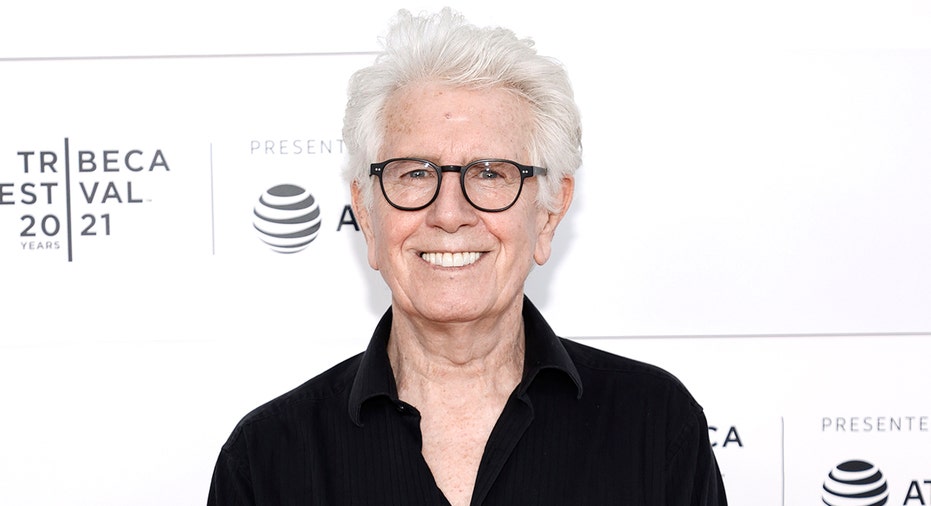 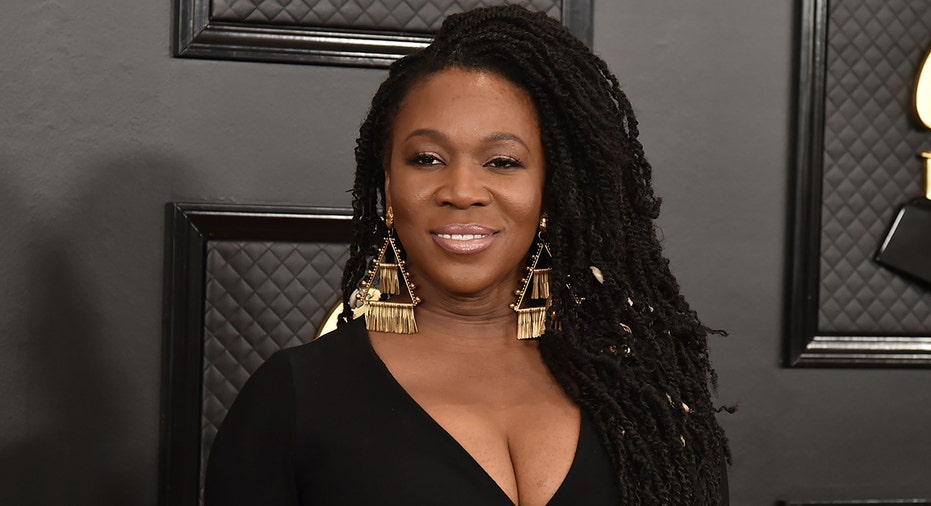 Neil Young (right) was the first major musician to pull music from Spotify in opposition to Joe Rogan’s content. He was quickly joined by Joni Mitchell (left). | Getty Images

The streamer has announced it will attach content advisories to podcasts containing information about COVID-19, while Rogan, 54, pledged "to do my best, in the future, to balance things out."

Reps for the comedian and for Spotify did not immediately respond to FOX Business' request for comment.