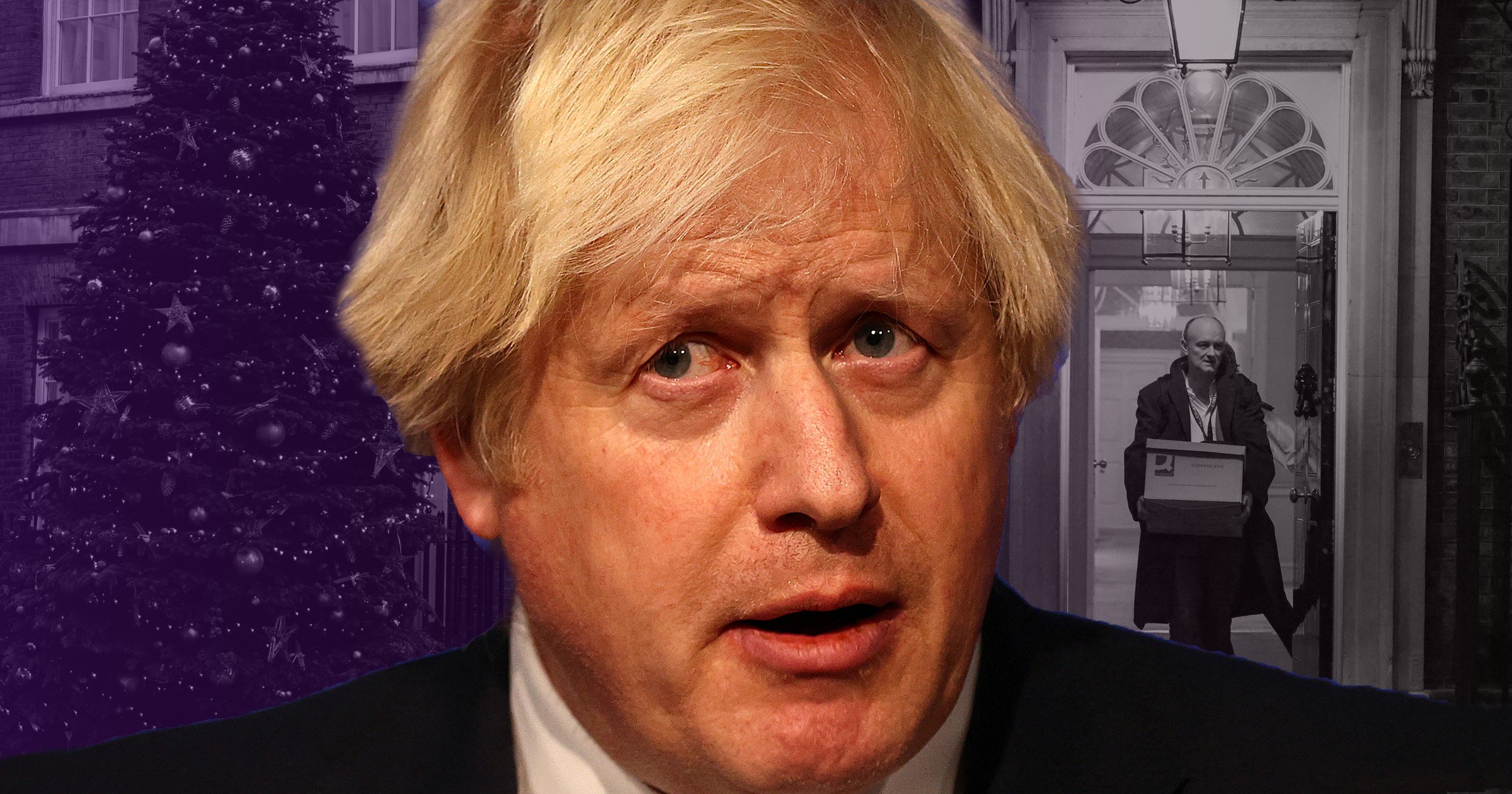 The Government could have held as many as seven Christmas parties as millions followed strict Covid rules, it’s claimed.

The Tories admitted last night an event organised by Shaun Bailey’s mayoral campaign was held in the party’s Westminster headquarters on December 14th – while London was in Tier 2 restrictions.

Around 25 people danced and ‘wore festive hats’ as they gathered in the basement of Matthew Parker Street, The Times reports.

A door is said to have been damaged at the ‘raucous bash’, hours after Matt Hancock announced the capital would be moving into Tier 3.

A spokesman confirmed the ‘unauthorised social gathering’ had taken place, adding that ‘formal disciplinary action was taken against the four CCHQ staff who were seconded to the Bailey campaign’.

The confession comes amid claims a number of other gatherings took place in Downing Street.

It came after leaked footage showed his then-press secretary Allegra Stratton joke about a ‘fictional bash’ – leading her to tearfully resign.

The prime minister said he was ‘furious’ at the footage – but still denied a party ever happened.

Weeks before this, a leaving party was allegedly held for Lee Cain, the Prime Minister’s departing director of communications, at No.10 as the country was in lockdown.

The Tory leader is rumoured to have given a speech at the event on November 13th.

Some reports claim the leaving party ‘continued upstairs’ after Dominic Cummings quit on the same day. But Politico says they were two separate events’.

As many as six current and former senior Government officials are accused of attending – but have ‘fiercely denied’ the accusations from the Daily Mail.

Mr Johnson also batted away allegations a party took place, saying ‘I’m sure that whatever happened the guidance was followed and the rules were followed at all times’.

Writing on Twitter, Mr Cummings has asked if the Cabinet Secretary’s investigation into the Downing Street pre-Christmas bash will also look into the ‘flat party on Fri 13 Nov’ as well as ‘the other flat parties, and the flat’s “bubble” policy’.

He is thought to be referring to the decision to let Carrie Symonds’ best friend ‘help support and look after’ the couple’s baby Wilfred over the festive period.

A spokesman for Mrs Johnson has denied she broke Covid rules, saying it is ‘categorically untrue to suggest otherwise’.

‘Up to 50 people’ are said to have crammed ‘cheek by jowl’ into Downing Street for another leaving party on November 27.

A source told the Mail: ‘It wasn’t a party as such, certainly not a Christmas party. It was a whole bunch of people who work in the same building coming together to say goodbye to a very popular member of staff.

’Was drink taken? Yes. Did the PM drop in? Yes. Did people think they were doing anything wrong? No, but in hindsight it’s not a great look.’

It follows claims former Education Secretary Gavin Williamson threw a party for officials and ministers in the department’s café on December 10th.

While Londoners could only see friends and family outside, Mr Williamson’s staff got together on December 10 for ‘drinks and canapés’, according to the Daily Mirror.

A spokesman for the department said: ‘On December 10 2020 a gathering of colleagues who were already present at the office – and who had worked together throughout the pandemic, as they couldn’t work from home – took place in the DfE office building in London at a time when the city was subject to Tier 2 restrictions.’

Lastly, a Christmas quiz was held in the Cabinet Office for No.10 staff at an unknown date in December, according to reports.

The BBC claims some workers joined via Zoom – but others arrived wearing Christmas jumpers, unaware ‘how ridiculous it was’.

Those who came sat in groups of six, it’s claimed – but Downing Street has insisted the event was ‘virtual’.