Prince Harry and Oprah discussed working together on the show they co-created, The Me You Can’t See, during an interview on ABC’s Good Morning Britain. During a moment of levity, the US journalist praised the Duke of Sussex for the work ethic he showed while producing the show, released today on Apple TV+.

She said: “I will have to say, Harry was in every meeting, he was very usually on Zoom before I was, turning his notes before I did…

“And I was like ‘Ugh, Harry turned his notes already!'”

Prince Harry replied: “I didn’t know it was a competition, now that I know I am very glad I did it.”

Laughing, Oprah hit back, saying: “Every time you beat me with the notes Harry, every time!”

Prince Harry and Oprah collaborated for months to create their docu-series. 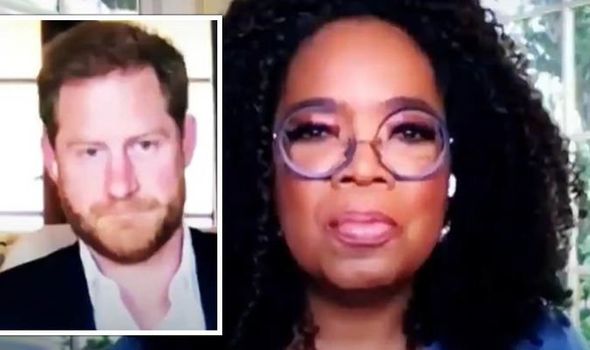 The Duke of Sussex first announced he was working with the US host in April 2019.

The show was due to be released one year later, but the coronavirus pandemic played a huge role in delaying its production.