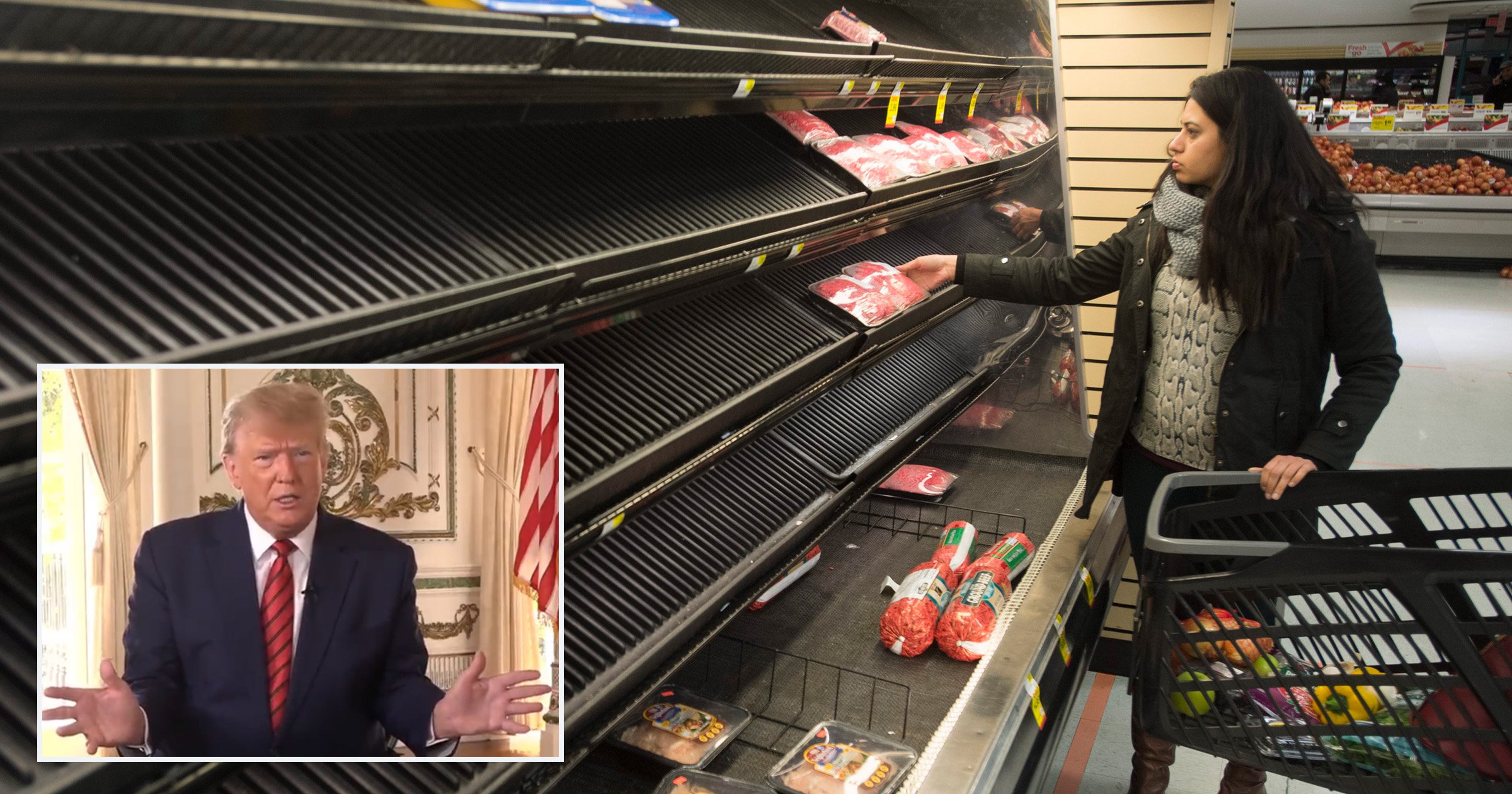 Former President Donald Trump likened the US to a third world country, claiming that grocery stores do not bread and other shops are not stocked amid supply chain shortages under his successor Joe Biden.

Trump made the comparison when asked on the right-wing network Real America’s Voice what he would ‘triage’ among the issues facing the country if he were to run for president and win in 2024.

‘These things – we would’ve never been talking about – I’ll give you an example. Supply chain,’ Trump said in the Tuesday evening interview.

Trump appeared to be referring to luxury jeweler Tiffany & Co.

The ex-president continued: ‘They say – even me, when I order things, like for furnishings, for a building or something – they say it’s going to take nine months to get it. Used to be like, same day service.

‘Supply chain – we never even heard the term. It wasn’t like, the system was working.’

Trump concluded that ‘the system is totally broken’ under Biden.

Earlier this week, Biden introduced a $5.8trillion budget plan for fiscal year 2023, allocating hundreds of millions of dollars toward addressing supply chain issues. It proposes $125million toward helping give a more competitive edge toward small and medium-sized manufacturers.

The coronavirus pandemic impacted the flow of goods, and the Russia-Ukraine war has economists fearing that further shortages are in store.