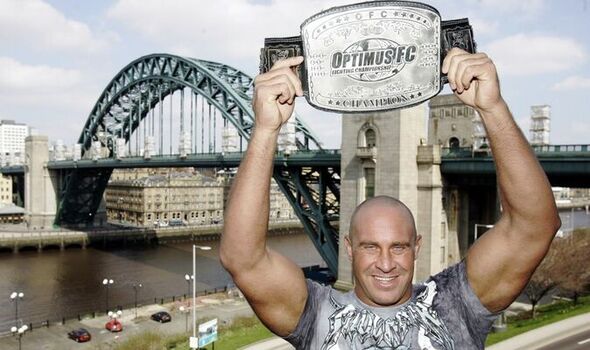 Darren Towler was found guilty at Teesside Crown Court of three counts of conspiracy to supply Class A and Class B drugs in his absence. But ahead of sentencing, Durham Police is trying to locate the runaway mixed martial artist who is evading the long arm of the law.

County Durham-born Towler, who secured an Ultimate Challenge Mixed Martial Arts title in 2011, was first caught by police with ecstasy pills after a meeting in a car park in Newcastle.

His Citroen Berlingo was pulled over by police after officers watched Towler at a Toby Carvery car park in Kingston Park.

The cage fighter was jailed in January 2016, sentenced to three years and three months in jail.

He was then released on licence later in the year.

Jailing Towler in 2016, Judge Tim Gittins said: “You became a mixed martial arts world heavyweight champion and displayed the strength you must have built up and the sacrifice that becoming a world champion in any sport involves.

“However, you didn’t have the strength to wrestle with your own conscience.

“You were a small but important part of a conveyor belt in the supply of class A drugs.”

Following his release in 2017, Towler committed to walking the straight and narrow, hoping to reclaim his MMA title.

He said: “I learned a lot from that experience and that was the old me.

“I took my punishment and I’ve changed as a person, and I’m now working very hard to put those things behind me.”

He added: “We all make mistakes in life, some bigger than others, but I believe what defines a person is if they can learn from their mistakes, change their lives and concentrate on the positives and that’s just what I am doing.”

But after failing to show up to his 2022 trial on March 22, police scouring the area for the martial arts champion have told the public to stay away if they spot him.

He was convicted at that latest trial of three counts of conspiracy to supply Class A and Class B drugs.

Durham Police described the “large” man from Consett as “well-known” in the region.

Towering at well over six feet tall, police warned members of the public to “not approach him”.

A spokesperson for the force said: “Towler is described as 6ft 3ins tall and of large build.

“He is well-known in the local community having had a career as a professional MMA fighter.”

They urged: “If you see him or know of his whereabouts, please do not approach him, instead call the police on 101.”

Towler is due in court for sentencing in mid-May.

Also expected to appear at the sentencing hearing are Towler’s co-defendants.

John McNaughton, 34, Anthony Thurlow, 28, Terrance Duffield, 42, and 48-year-old Sean Hornsby, 48, were all found guilty at Teesside Crown Court and are set to be sentenced on May 12 and 13.