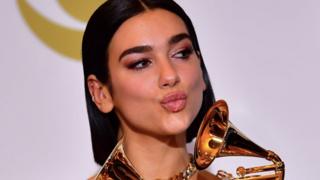 Lipa posted a map that includes Albania, Kosovo and parts of neighbouring Balkan countries mainly inhabited by ethnic Albanians – and a definition of the word autochthonous.

The tweet sparked strong reaction from supporters and critics alike.

Lipa’s parents are from Kosovo. She was born after they moved to the UK.

The BBC has reached out to her management for comment.

What’s the controversy about?

Lipa was accused of favouring Albanian expansionism after posting the map which forms part of hard-line nationalist dreams of creating a Greater Albania that would incorporate all ethnic Albanians.

It has sparked controversy before. A football game in 2014 between Albania and Serbia descended into open brawls after a drone carrying that map appeared above the stadium.

At the centre of the dispute is the status of Kosovo which declared independence from Serbia in 2008, nearly a decade after Nato’s bombing campaign ended the rule of Serbian strongman Slobodan Milosevic there.

Kosovo is recognised by the US and most European governments, but not by Serbia and its main allies, including Russia.

au•toch•tho•nous adjective
(of an inhabitant of a place) indigenous rather than descended from migrants or colonists pic.twitter.com/OD9bNmLcZ4

The British artist posted the map after a petition appeared online calling for Apple Maps to show Kosovo as an independent nation.

As of Tuesday morning the petition has more than 120,000 signatures.

Rita Ora – another fellow British pop star who was born in Kosovo’s capital Pristina in 1990 – has also tweeted in support of the country appearing on Apple Maps, and in support of Dua Lipa.

Would love to see @Apple spreading awareness by putting Kosovo on the map! Albania and Kosovo are full of so much beautiful and great talent. Spreading Love, Peace and Unity today with @BebeRexha @DUALIPA @strefie @Dafina_Zeqiri @AvaMax and soooo many others ???? pic.twitter.com/7FP7pkst8I

In her tweet, Lipa included a definition of the word autochthonous – meaning indigenous to a place.

Albanian nationalists allege that their people settled in the region long before the Serbs, and use this to claim nearby lands. Serbs say Kosovo is part of its territory – and nationalists often voice their sentiments with “Kosovo is [part of] Serbia” slogans.

Some online users accused Lipa of being a “fascist”, and began using the hashtag #CancelDuaLipa.

US-based organisation Team Albanians however defended the artist, saying she was “debunking the dangerous far-right claims that Albanians are not indigenous people in the Balkans”.

Lipa is the latest celebrity to cause an uproar by wading into Balkan history and politics.

Germany and Bayern Munich’s captain Manuel Neuer was filmed singing a popular Croatian football anthem while on holiday in the country earlier this month.

But the song references a region of neighbouring Bosnia-Herzegovina, and there was a backlash in Germany and in the Balkans after the video appeared online.

World number one tennis player Novak Djokovic meanwhile was filmed in January singing what was alleged to be an ultra-nationalist Serbian song. Last week, he received an award by the ethnic Serbian Republika Srpska government in Bosnia-Herzegovina. 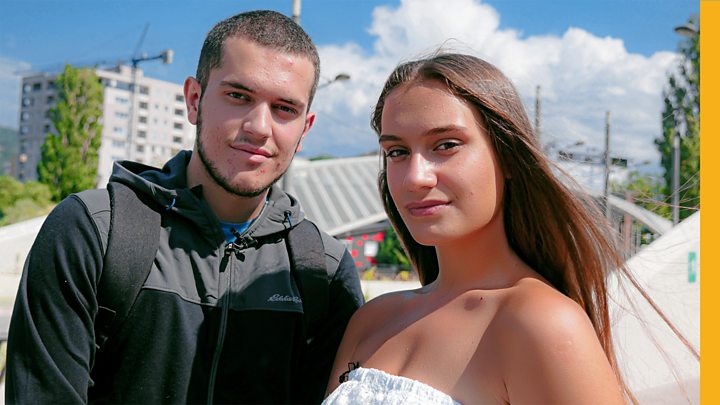