Welcome to Metro.co.uk‘s The Big Questions, where we ask, well, the big questions (and the smaller ones too) and this week, we’re diving deep with Emma Willis.

The 46-year-old has an impressive CV of presenting gigs from Big Brother to the Voice UK and The Circle and is showing no signs of slowing down any time soon.

Before she became a household name in the TV industry, Emma was a model and worked for a number of major companies including Marie Claire, Elle, Vogue, GAP and Chanel.

Now, the media personality has teamed up with Vodafone to represent the everyone. connected campaign, which donates free connectivity, skills, devices and affordable connectivity to millions of people across the UK living in digital exclusion – as 1.7 million households across the UK are digitally disconnected and a million more at risk

While speaking to Metro.co.uk, Emma discussed her latest collaboration, the challenges that come with being a well known presenter and her burning desire to join Strictly Come Dancing. 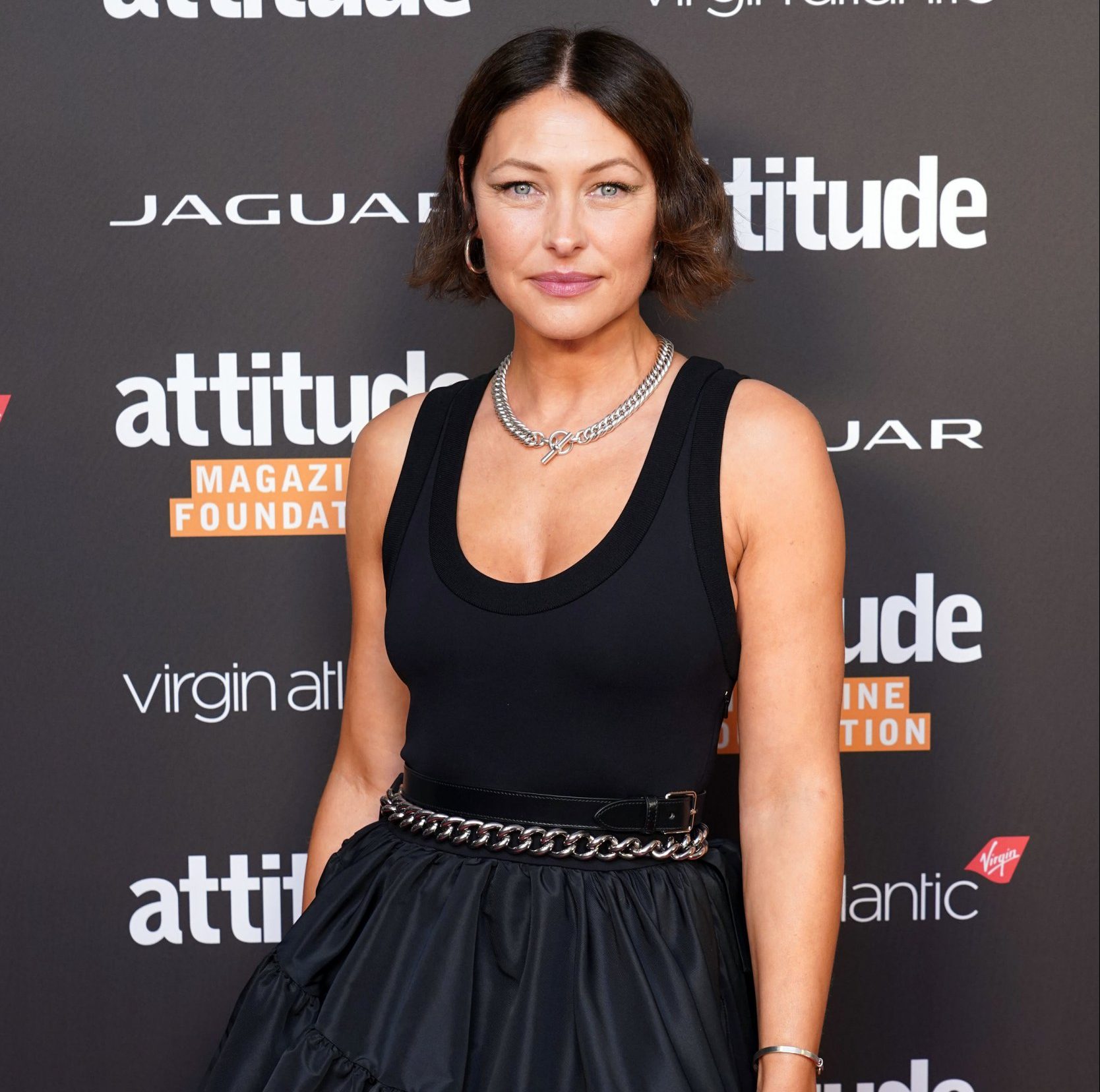 You’re part of a campaign that aims to bring people together digitally, what intrigued you to be a part of it?

I always like to work with brands that I genuinely have a connection with. I’ve been with Vodafone for 20 years, so if I’m going to be part of a campaign it’s going to be with them.

But then the fact that [the everyone.connected initiative] was about digital disconnection, I had no idea what the digital divide was, or that there was one because as much as I’m a technophobe, I’m digitally connected.

I have a computer, I have a phone and I’m very lucky to have that. When I got the information that millions of people don’t have that for various reasons I was like, “oh my God,” it is a genuinely invisible thing because it looks like on the surface “we’ve all got a bit,” but actually people don’t have it.

it felt like a really good thing to do and shine a spotlight on something that is helping people as much as possible, and to have this goal of “we’ve connected a million people this year, and over the next three years, we’re going to connect another 3million people.” That’s a pretty big statement.

You’ve been in the spotlight for over a decade, was there somebody that you idolised growing up?

I never wanted to be a TV presenter, I didn’t even know you could work in telly, I just thought you watched and I had no aspirations to do it because I didn’t know it was available to me.

I didn’t come from a world where that was a chosen vocation. I watched and loved Ant and Dec, I loved them on Byker Grove, and they’re authentically themselves and what you see is what you get.

I grew up watching Davina [McCall]. She is just the Queen in my eyes, there is no act with her, you can tell how much she loves things. The people that are still here are the ones that connect with people, but those are the ones that stick out for me.

Being a presenter on different shows must have left you with wonderful memories, can you pick a favourite?

I mean… Big Brother would be the one that sticks with me the most. To live inside of your favourite show… I watched it for a decade before I even worked on it, I was a genuine true super fan.

So when I got that call to work on [Big Brother’s] Little Brother, it never felt like work, and it was the first time I was ever comfortable in my role, because I always felt like an imposter that I shouldn’t be doing what I’m doing.

However, I knew my subject matter inside out, I was in my comfort zone. So it didn’t matter if we were on live TV and something went wrong, because that’s often quite funny right?

Little Brother and Bit on the Side were just the best shows, because it felt like you were with your mates. I suppose it opened lots of doors for me and people suddenly see that you’re capable.

Your good friend AJ Odudu is currently the ‘frontrunner to host next year’s reboot’. Are you excited about that?

I mean she’s a dream… she would be phenomenal at it!

As somebody that has always loved it, this has been said from everybody who’s worked on it. You just want somebody to love it as much as you all have, and that’s all I want.

I want it to be somebody who genuinely loves it and cares for it and wants to go along for the ride.

I think it feels right that it’s somebody new, and you need those changes and AJ… I adore her and she would shine at it, she shines in everything she does. She would just be brilliant in all aspects.

She would breathe new life into it, one of my catchphrases is “be more AJ.” She is just a lover of life! Until I get my spring in my step I’ll just live vicariously through her.

What would you say is the biggest challenge as a presenter?

I think my biggest challenge is myself.

I have always thought “I shouldn’t be here,” so I think my biggest challenge is giving myself that confidence boost and being like “get out of your head, you’ve been doing this for a long time you do deserve to be here, so go and enjoy it.”

I’m a massive overthinker as well. I will do an interview and pick it apart. So my biggest challenge is myself. I’m getting better… I’m being more AJ [Odudu].

Devoted fans were gutted when The Circle was axed last year. Would you like to see a revival?

I wish it had never gone.

For me, it was an extension of that whole world that I Ioved. It was brilliant, and it taught me a bit about social media. On paper, I was like “should we be putting this whole catfish thing on TV.”

I was like to my kids, “sit down and watch this.”

It probably taught a lot of people about trusting who you’re talking to. I would love to see it come back obviously, everything’s coming back, so maybe that means a bit more of a rest.

You’ve spoken about your love for Strictly Come Dancing, could we see you there very soon?

I’ve never been shy about talking about my love for Strictly. I would never do any of the others [Dancing on Ice and I’m A Celebrity…Get Me Out of Here] not a chance in hell.

Strictly… I’m tempted every year, very very tempted. I watch it every year obsessively, and to be taught by the best to do a skill, why wouldn’t you?

I’m not a dancer, I’m just a bit awkward. I kind of pogo up and down. So to do ballroom … I don’t know. It’s giving me the sweats standing in front of the judges.

Is there a TV show that you’re currently binging right now?

I wish I was watching telly right now. I’m watching Strictly obviously. My kids are watching Wednesday, and when Christina Ricci popped up I was like “what!”

His Dark Materials comes out soon, I love that! My kids are up with us until I’m falling asleep, so we have to watch something we can all watch, but I don’t want to watch anything rubbish. Wednesday and His Dark Materials kind of span the ages. Universal programming.

I’m A Celebrity as well, we were all hooked.

You know what… I’m going to call out my mates pub here. The Green Man, Candice Brown’s [Great British Bake Off Winner].

The Sunday roast is impeccable, and it’s in the most beautiful village and it’s made me want to go this weekend.

It is full of family, fun, naps and turkey.

Emma is brand ambassador of Vodafone’s everyone.connected initiative to help raise awareness of digital exclusion, as the company aims to help four million people cross the digital divide by 2025.