The G7 nations will meet in Cornwall this week for a summit unlike any that has come before it. Taking place from June 11 to 13, it will be the first time all the leaders have met in person since the US President took office, and will mark the start of his European trip. The Democratic leader has issued a statement pledging to affirm the “special relationship” with Britain when he meets Prime Minister Boris Johnson.

EU leaders are said to be “happy” he is attending, but they are reportedly “on different tracks” on numerous issues.

Some in the bloc have reportedly complained that they were given little warning over Mr Biden’s decision for a full withdrawal from Afghanistan by September 11.

An EU official told Politico it “doesn’t help” that more than four months after Mr Biden’s inauguration, the 78-year-old is yet to nominate an ambassador to the EU.

This is said to have contributed to a sense in some European countries that the EU must now demonstrate “strategic independence” from NATO. 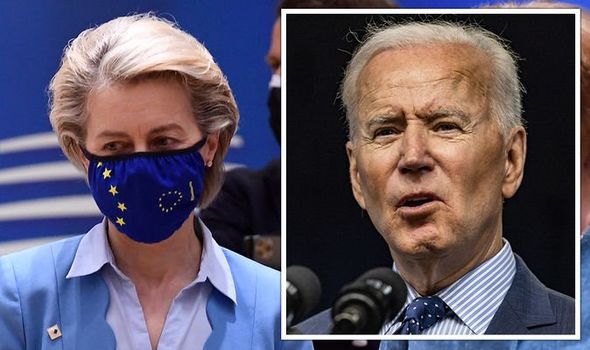 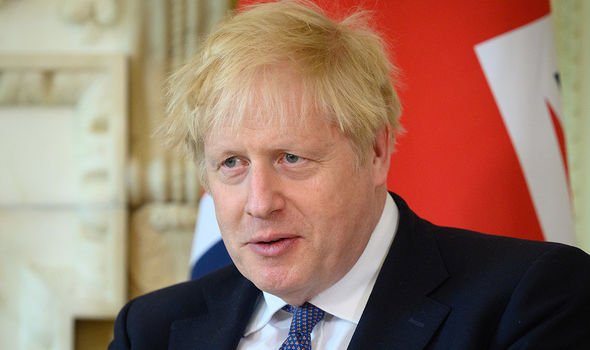 Mr Biden’s trip will culminate in a showdown with Russian President Vladimir Putin in Switzerland – a move that is said to have angered Brussels.

The EU official added that the bloc felt no obligation to touch base with the White House before announcing its recent measures against Belarus, in a tit-for-tat response.

They said: “They didn’t tell us they were going to announce their summit with Putin.

“Why should we talk to them first before reacting to something that happened in our own backyard?” 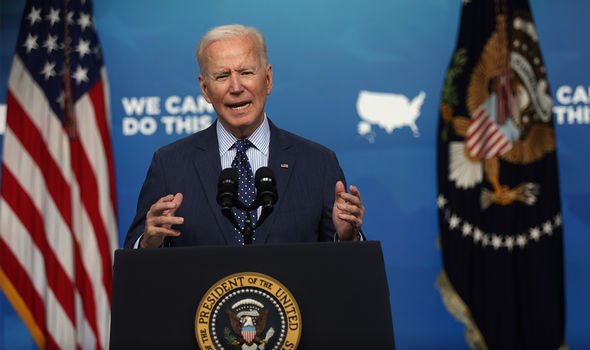 Another senior official said the differences were a reason for Europe to tread its own path.

They noted: “It’s important on the one hand to cooperate, to coordinate with all like-minded partners.

“Transatlantic relationships can add the US and others of course. But it’s important also to have our own vision of Europe in the short term, the mid-term, and the long term when it comes to our priorities.”

Mr Biden’s arrival in Britain will come just hours after EU and UK officials meet in London to discuss the Northern Ireland Protocol.

An EU diplomat told the Financial Times: “Biden could be instrumental in helping to put the process back on track. 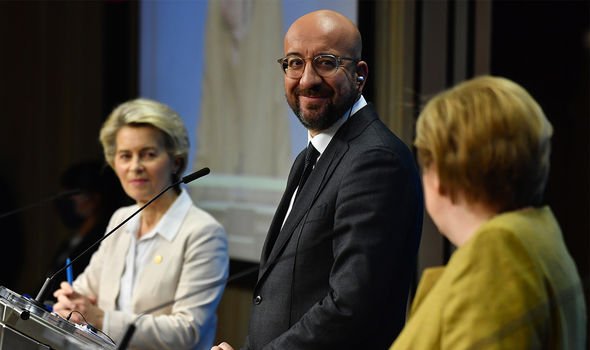 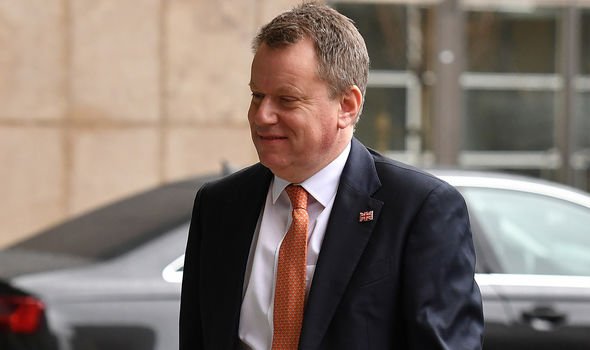 “There’s no mystery around the fact that Biden wants this solved.”

A spokesman for the White House’s National Security Council said the Biden administration was hoping for the UK and the EU “to prioritise political and economic stability in Northern Ireland”.

European Commission Vice President Maros Sefcovic, and the UK’s Brexit negotiator, Lord David Frost, are scheduled to meet on June 9 as both sides point the finger at each other for stalling progress.

EU insiders claim Mr Sefcovic is furious that the UK has not yet started building infrastructure for physical checks on goods entering Northern Ireland.

But a senior Number 10 source hit back at EU claims last week and said Lord Frost had put forward more than a dozen papers with solutions.