(Reuters) – European shares slipped on Monday with travel stocks leading the declines after Britain imposed a quarantine on travellers returning from Spain, where cases of the novel coronavirus have surged in the last few weeks. 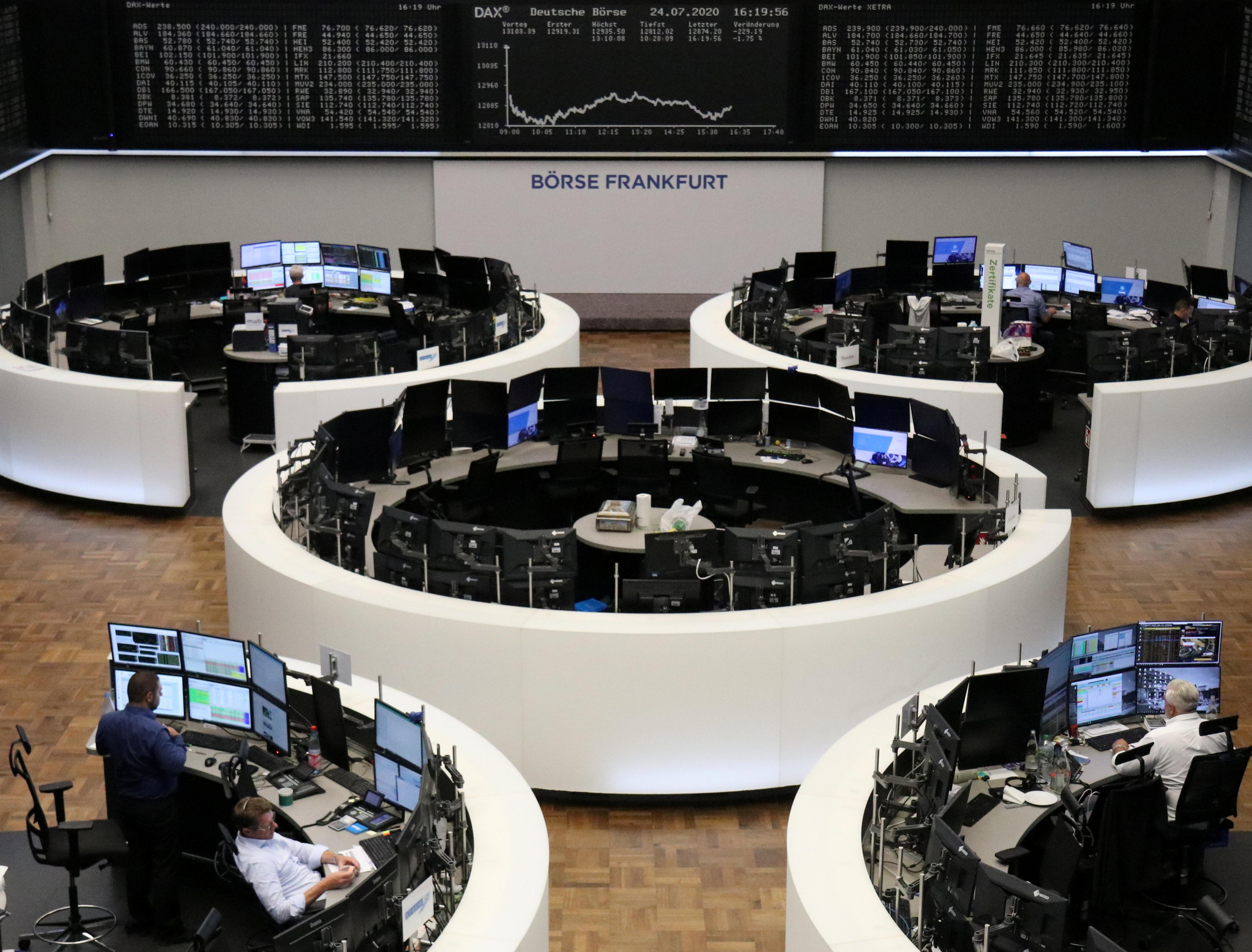 The broader index sank to a two-month low, further cementing its status as the worst performer in Europe this year.

Europe’s biggest holiday company TUI said on Sunday it had decided to cancel all holidays to mainland Spain up to and including Sunday Aug. 9.

Spanish stocks .IBEX fell 1.3%, while the Irish stocks benchmark .ISEQ dropped 1.1% after airline Ryanair (RYA.I) cut its annual passenger target by a quarter and warned a second wave of COVID-19 infections could lower that further.

Lufthansa (LHAG.DE) and Air France (AIRF.PA) fell 6.4% and 4.0%, respectively, after the British government said it was watching the situation in Germany and France closely.

“There’s always been this concern when lockdown measures were released that we would have a resurgence in cases and reimposition of social restrictions,” said Alastair George, head strategist at Edison Investment Research.

“It does not just impact people going on holidays as the risk is economies have to shut down again. But that has not happened, which is why you have a measured response to the news over the weekend.”

Germany’s DAX .GDAXI was among the few gainers, helped by a 3.4% gain for software group SAP SE (SAPG.DE) after it announced plans to spin off and float Qualtrics, the U.S. specialist in measuring online customer sentiment.

Markets also recouped some losses after the Ifo Institute’s survey showed German business morale improved further in July after posting a record increase in June, suggesting that firms expect Europe’s largest economy to recover from the coronavirus shock if a second wave of infections is avoided.

Global stock markets were largely mixed as ties between the world’s two largest economies deteriorated after China took over the premises of the U.S. consulate in the southwestern city of Chengdu in retaliation for China’s ouster last week from its consulate in Houston, Texas.

French car parts group Faurecia (EPED.PA) fell 3.3% after CEO Patrick Koller told a local radio that there were more uncertainties regarding the fourth quarter after reporting a first-half operating loss due to the COVID-19 crisis.