BRUSSELS (Reuters) – European Council President Charles Michel on Friday offered concessions to EU countries over their long-term budget and economic stimulus plans, in a bid to bridge gaps before national leaders meet next week to discuss how to recover from the coronavirus pandemic. 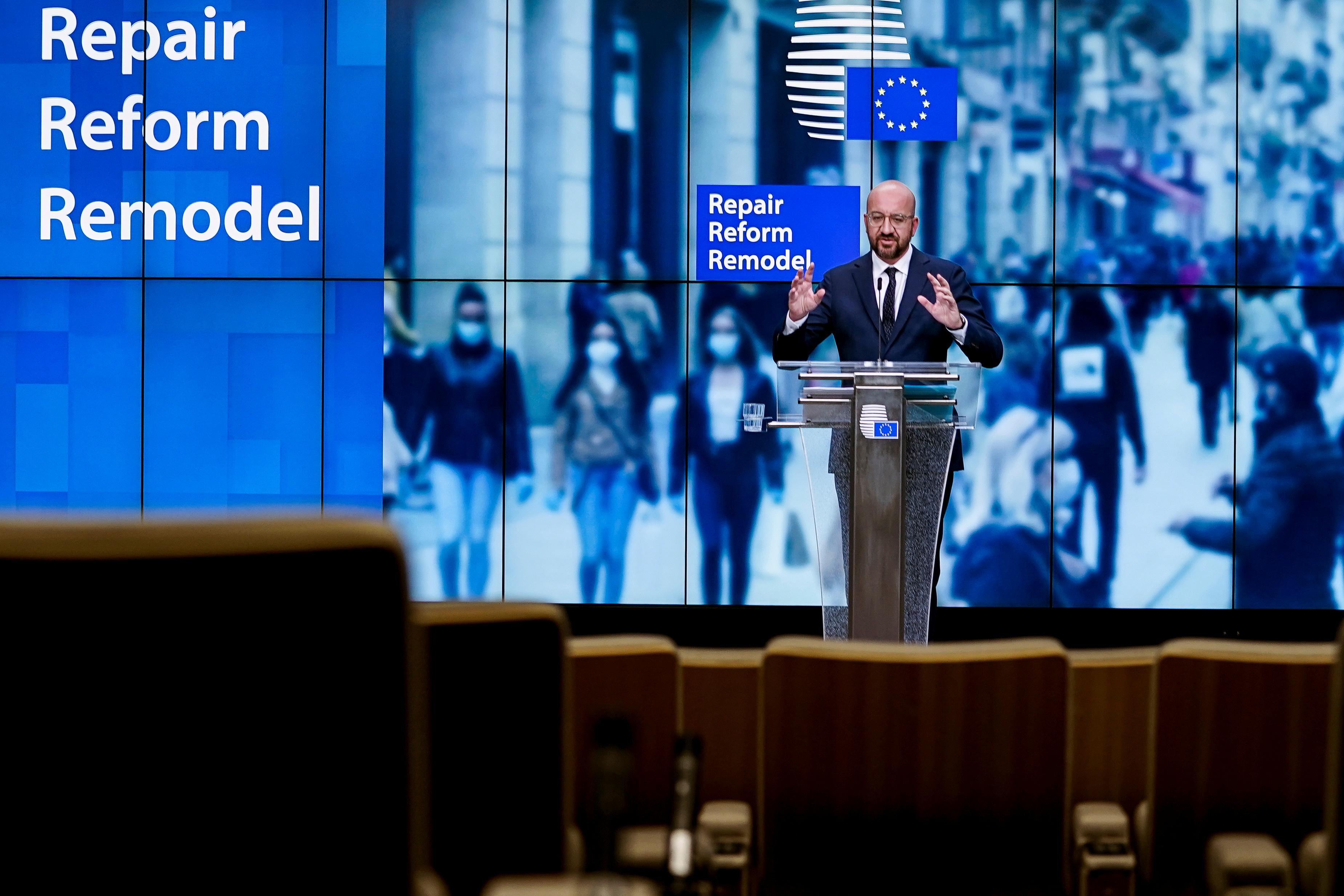 With EU economies in free fall in the wake of the pandemic, Michel will chair the first face-to-face talks of the 27 European Union heads since lockdowns took hold in March and feuds over how to respond to the coronavirus divided the bloc.

“The COVID-19 crisis presents Europe with a challenge of historic proportions,” Michel said. “We are slowly exiting the acute health crisis… the emphasis is now shifting to mitigating the socio-economic damage.”

Hoping to overcome differences over how to revive economic growth between the wealthy, thrifty north and the high-debt south, hit harder by COVID-19, he proposed a smaller joint EU budget for 2021-27 than previously envisaged. That may help make the mass stimulus scheme more palatable to the more frugal nations in the bloc.

He presented a long-term EU budget of 1.074 trillion euros and a recovery fund of 750 billion euros for pandemic-hammered economies, with two-thirds of that to be in the form of free grants and a third issued as repayable loans.

“Some right steps regarding the (budget) but much work needs to be done on the recovery package. We need a lower overall level and better balance of grants and loans,” said Sanna Marin, the leader of Finland, which would prefer to offer loans rather than grants to the south.

The COVID-19 pandemic is the latest big challenge for the EU after a debt crisis a decade ago, mass immigration in the mid-2010s and the trauma of Brexit. Some have even framed it as an existential dilemma, as eurosceptic feeling grows in countries such as Italy.

Michel proposed maintaining the so-called rebates that wealthier states receive on their budget contributions and, in a couched reference to Poland, Hungary and others, said funding would be conditional on respect for the rule of law.

Orban’s comments set the stage for arm-twisting at the EU summit on July 17-18, though Olaf Sholz – the finance minister of Germany, which holds the bloc’s presidency – voiced optimism that the leaders would reach a deal.

An EU diplomat called the plan “a good basis” for negotiations but cautioned “not everyone will agree on everything”.

Michel proposed allocating most of the recovery funds to debt-burdened countries in the south like Italy and Greece, but also to efforts to combat climate change.

The proposal for the seven-year budget is known in Brussels jargon as the “negotiating box”, a complex set of numbers covering spending on areas from support for agriculture to regional development, research and scholarships.

EU summits that involve money are always the most fraught, and agreeing on budgets has been a complex process in which member states trade concessions in one area against benefits in the other.

Even before the pandemic, which sent the euro zone’s economy into its worst-ever recession forecast at 8.7% this year, the bloc’s joint coffers were already short due to Brexit. Michel on Friday proposed a new, 5 billion euro fund to ease related disruptions in member states from 2021. 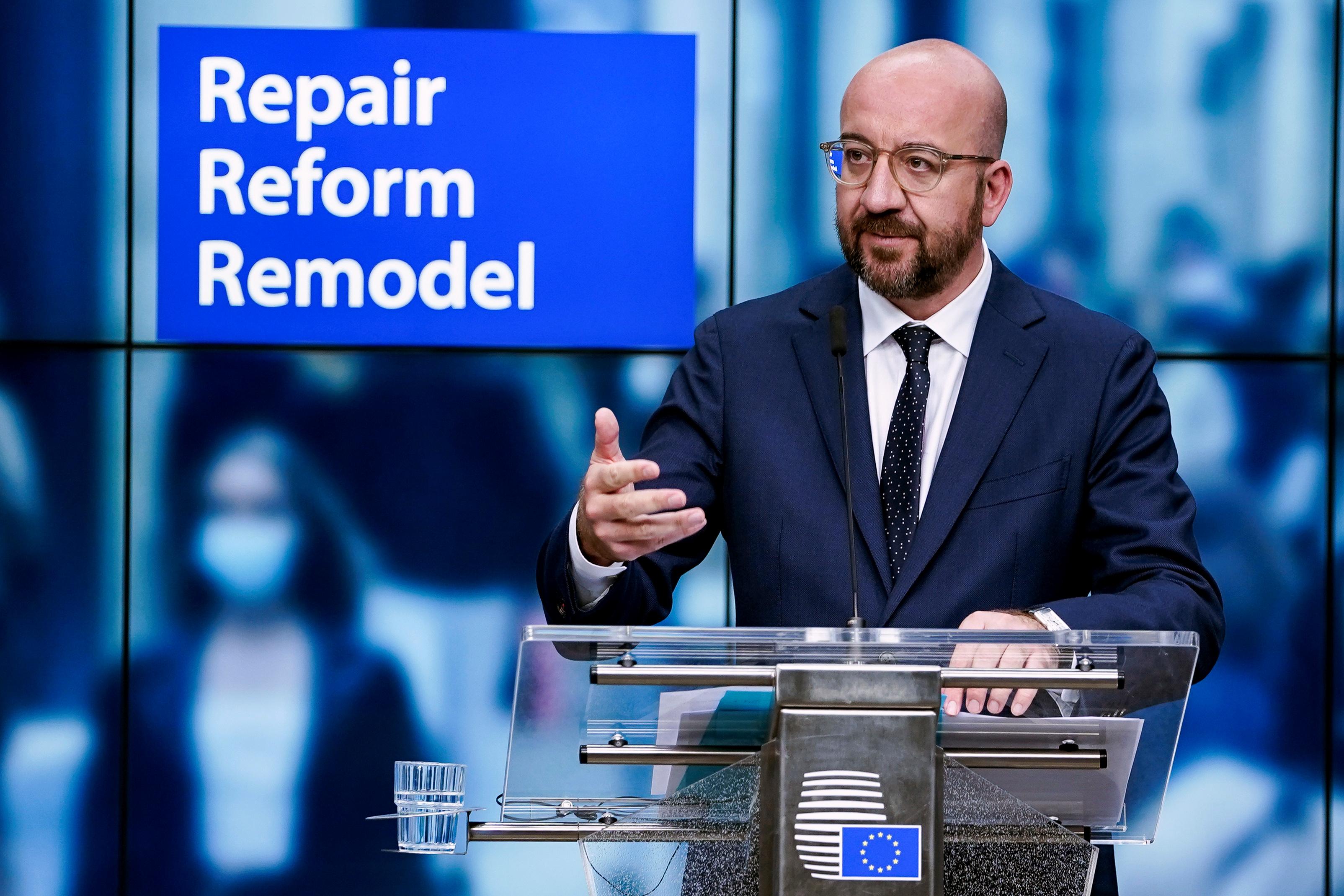 Further highlighting the long road to an agreement – which will have to be ratified by the European Parliament and some national assemblies – one EU lawmaker warned straightaway that Michel’s proposal regarding the budget, or Multiannual Financial Framework (MFF) was not enough.

“A smaller MFF will jeopardise EU support to our researchers & students. It will prevent us from tackling climate change or improving citizens’ security,” Siegfried Muresan said, adding the chamber could reject an overall budget below earlier plans.