Israel’s land-grab will lead to a ‘bottom-up approach’ and transform struggle into a revolution, Palestinians say.

With just days to go until Israeli Prime Minister Benjamin Netanyahu is allowed, per the coalition government agreement, to pursue the annexation of illegally occupied West Bank territory, debate swirls around what – if any – land will be formally annexed in the coming weeks and months.

Various annexation scenarios are being discussed, from the 30 percent of the West Bank envisaged in the Donald Trump administration’s plan – including the Jordan Valley region – through to a smaller amount of territory concentrated around major settlements.

Israeli political discussions are accompanied by parallel, intensive international diplomacy, as the Palestinian leadership in Ramallah seeks to rally opposition to such a move among the likes of the European Union member states and Arab governments.

But while annexation is debated and dissected in the Knesset, European capitals and newspaper op-ed pages, little attention is being paid to the Palestinian communities and activists on the ground who will be most directly affected.

For Rashid Khoudary, an activist in Jordan Valley Solidarity, Israel’s moves towards formal annexation are the logical conclusion of an intensification of policies of Jewish settlement expansion and debilitating construction restrictions for Palestinians.

“About three years ago we started to see more Israeli attacks on our communities”, Khoudary told Al Jazeera, citing demolitions and tighter restrictions on access to farmland – “different kinds of strategies to displace us”. There was also increased settler activity in outposts, he added, “taking over more land”.

“It was obvious to us that the Israeli government wants to kick the Palestinians out from the Jordan Valley so as to annex the land,” Khoudary continued. “The main fight is about who can control this land, who can have this land. It is very clear – and we understand it.”

The Jordan Valley constitutes almost 30 percent of the West Bank, and is home to some 65,000 Palestinians. There are also 11,000 Jewish settlers, with Israel preventing Palestinians from entering or using 85 percent of the entire region, according to Israeli human rights NGO B’Tselem.

Data revealed in the Haaretz newspaper earlier this year showed more than 90 percent of evacuation orders issued by Israeli occupation authorities were given to Palestinians – with Israel evacuating people from “more land in the Jordan Valley than any other region”.

The serious threats posed by annexation to Palestinian residents of the Jordan Valley, as well as the region’s significance for the viability of an independent Palestinian state, have turned the area into a focus for Palestinian efforts to protest against pending Israeli moves.

On Monday, thousands of Palestinians gathered in Jericho, in the south of the Jordan Valley, to protest the planned annexation, in an action called for and backed by Fatah, that was attended by a number of international diplomats.

While the Jordan Valley region has understandably been under the spotlight, other areas of the occupied West Bank are also vulnerable to annexation, particularly those with a significant and active settler presence.

“We’re discussing this issue a lot,” south Hebron Hills-based activist Sami Hureini told Al Jazeera. “We’ve been meeting with the popular committees and talking about coming plans – including being part of actions in the Jordan Valley too.”

Hureini comes from At-Tuwani village, an area which, thanks to its designation as Area C under the Oslo Accords, means Palestinians are systematically denied building permits by Israeli occupation authorities.

Official figures show over the period 2016-2018, Israel approved just 21 of 1,485 Palestinian applications for construction permits, with the area in which Palestinians can build “legally” making up only 0.5 percent of Area C.

By contrast, the area of plans for Israeli settlements is about 26 percent. Thus, with most settlements located in Area C, it is a prime candidate for annexation.

“Everyone is scared about annexation, no one wants to live under the occupation’s law,” Hureini said. “Today it’s the Jordan Valley, tomorrow it’s the south Hebron Hills. Everyone is thinking about it and people are ready to resist.”

What exactly to expect regarding resistance on the ground, however, is a complex question, according to Mahmoud Soliman Zwahre, an activist within the Popular Struggle Coordination Committee and a resident of Al-Ma’sara near Bethlehem.

“This is a bit different to previous struggles,” he told Al Jazeera, “because unlike the protests against the [Separation] Wall, for example, annexation is not targeting a specific village, and the change on the ground is also an ‘invisible’ one, for now.

Soliman said Israel’s pursuit of annexation, with all the practical policies this will ultimately entail on the ground concerning access restrictions and displacement, “will lead to an emergence of community leaders”, particularly in – but not restricted to – Area C.

“I think there will be a bottom-up approach to decide about Palestinians’ future,” Soliman added, “and this will transform the struggle, and the face of the struggle, from self-determination to an anti-apartheid revolution.”

As activists across the West Bank work on mobilising Palestinians and passing on hard-earned lessons from previous battles, it is also clear from organisers their efforts on the ground have an international audience – and concrete steps from governments are seen as essential given the power asymmetry faced by Palestinians.

While busy organising protests in the Jordan Valley, Rashid knows such actions are not enough in and of themselves. 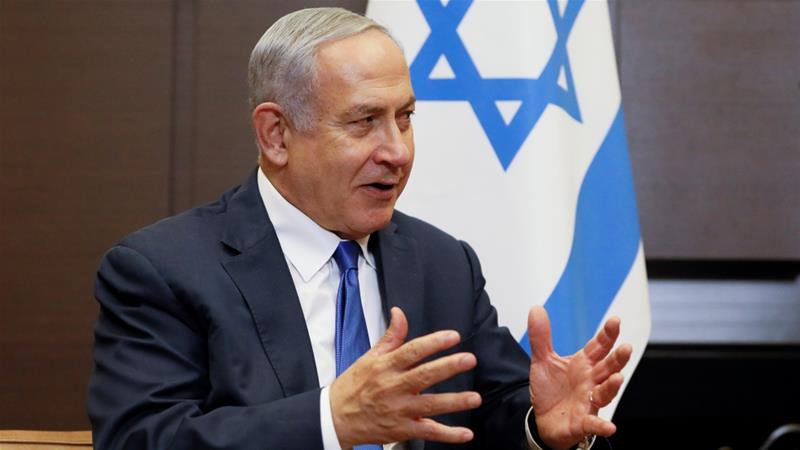