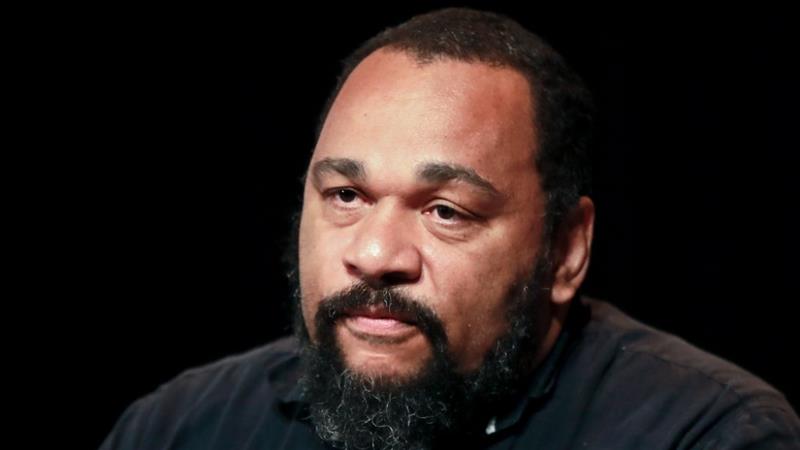 The company said on Monday that some of Dieudonne’s posts used “dehumanising terms against Jews”.

“In line with our policy on dangerous individuals and organisations, we have permanently banned Dieudonne M’Bala M’Bala from Facebook and Instagram,” the company said in a statement, using his full name.

“Banning a person permanently from our services is a decision that we always weigh carefully, but individuals and organisations that attack others on the basis of what they are do not have a place on Facebook or Instagram,” it said.

The comedian, who goes by his first name Dieudonne, had his YouTube channel cut off for similar reasons in June by mother company Google.

The International League Against Racism and Anti-Semitism welcomed the ban as a “great victory”, saying Dieudonne’s posts “have done considerable and irreparable damage among young people”.

The comedian has been convicted multiple times, in France and in Belgium, for comments opponents say are bluntly racist while a loyal following champion his right to free speech.

The performer is infamous for his trademark “quenelle” hand gesture that looks like an inverted Nazi salute, but which he insists is merely anti-establishment.

Most recently, Dieudonne was fined 9,000 euros ($10,600) in November for posting a video deemed anti-Jewish by authorities.

He also received a two-month suspended jail term after saying he sympathised with one of the attackers involved in the January 2015 attack on the Paris offices of the satirical magazine Charlie Hebdo.

Last year, Dieudonne was given a two-year jail sentence and a fine for tax fraud and money-laundering, under arrangements that allowed him to perform community service instead.

The French government has tried on several occasions to shut down his shows, during which he rails against the “Zionist lobby” that he claims controls the world.