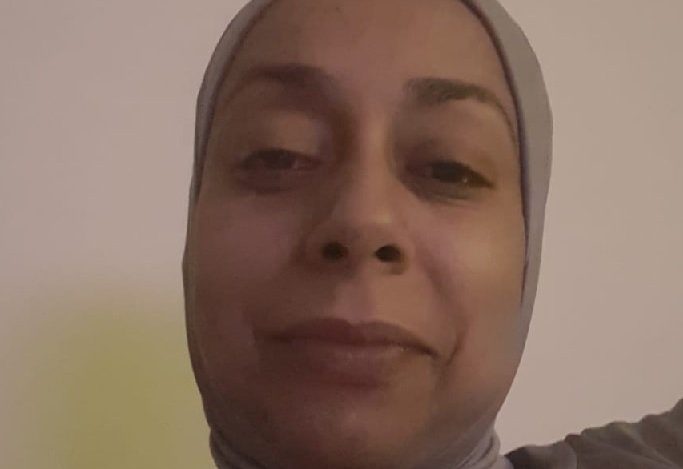 A woman stabbed to death before her suspected killer was ‘mowed down’ by a car in west London has been named by detectives.

Her ex-boyfriend Leon McCaskre, 41, is thought to be responsible for the vicious knife attack.

He was killed after a driver allegedly used their car to stop the knifeman in his tracks.

The 26-year-old driver remained at the scene and was arrested on suspicion of murder.

Detectives said he was fully cooperative with the investigation and has been bailed to return to a police station next month.

DCI Neil Rawlinson said: ‘We are gaining a clearer idea of what happened at the scene thanks to information supplied by the public and by reviewing CCTV.

‘Firstly, it is apparent that members of the public bravely tried to intervene to stop the attack and their actions were very courageous.

‘We are speaking to the families of those concerned and doing all we can to support them at this terrible time. We can now confirm that both the deceased were previously known to each other and there are no outstanding suspects.

‘A man, who was the driver of a car, has been arrested and bailed for a very serious offence and we must carry out a full investigation, looking at all the circumstances.’

Mulugeta Asseratte, who witnessed the incident, said: ‘It is a very terrible incident and for it to happen on a Monday morning.

‘I was coming up from the bakery to Chippenham Road and suddenly heard shouts of “stop it, stop it” and it was a girl being attacked by a gentleman.

‘In any case, I’m a father of four daughters, such things do happen, and I tried to look and even say “stop it” and it would not.’

He added: ‘We were all shocked and shouting and my heart goes out to the families of this fatal incident. This is something one sees in movies, not in real life.’