SINGAPORE – It was already past midnight on Friday (Oct 8), but David Alexander’s mobile phone and social media feed were abuzz with activity.

For that was when confirmation came that the £305 million (S$563 million) takeover of English Premier League football club Newcastle United by a Saudi-led consortium had been completed, sending fan WhatsApp chat groups and social media feeds – even in Singapore – into a frenzy.

Alexander, co-founder of the Newcastle United Supporters Club Singapore (NUFCSG), which has about 1,300 members, had spent much of the day glued to news sources as the imminent buyout gathered pace.

It is a time of joy and excitement for the Magpies’ long-suffering fans, as Alexander, who has been a fan since the mid-1990s, said: “The club has been mismanaged for the past 14 years. It never invested in players, there was no infrastructure, no upgrades whatsoever.

“Hopefully the new owners can put more investments and money into buying new players and bring the club forward.”

The backing of the £700 billion Saudi Arabian sovereign wealth fund Public Investment Fund will make Newcastle one of Europe’s richest clubs and has led to comparisons with Manchester City and Paris Saint-Germain (PSG), both of whom have enjoyed success after their respective Abu Dhabi and Qatari takeovers.

Since City were bought by Abu Dhabi royal Sheikh Mansour in 2008, they have dominated English football and won 13 major trophies, while PSG have won 19 major honours since Qatar Sports Investment, a state-backed fund, took over in 2011.

Newcastle fans like NUFCSG member Terence Ong, 35, have welcomed the new owner’s ambition to win the Premier League within 10 years.

But he hopes that its new leadership will also focus on improving the club’s relationship with their fans and building an identity.

The marketing and communications manager said: “The club’s public communication policy with the fans has been quite shambolic, they haven’t been very forthcoming.

“Secondly, I hope the club can establish some form of direction. The sole purpose of the club over the past few years is just to survive in the Premier League and not get relegated. It’s a bit gutting to see the club play with no direction on the pitch and off the pitch, there’s no direction – come up with a blueprint on how to improve the club and how to move on to the next level.” 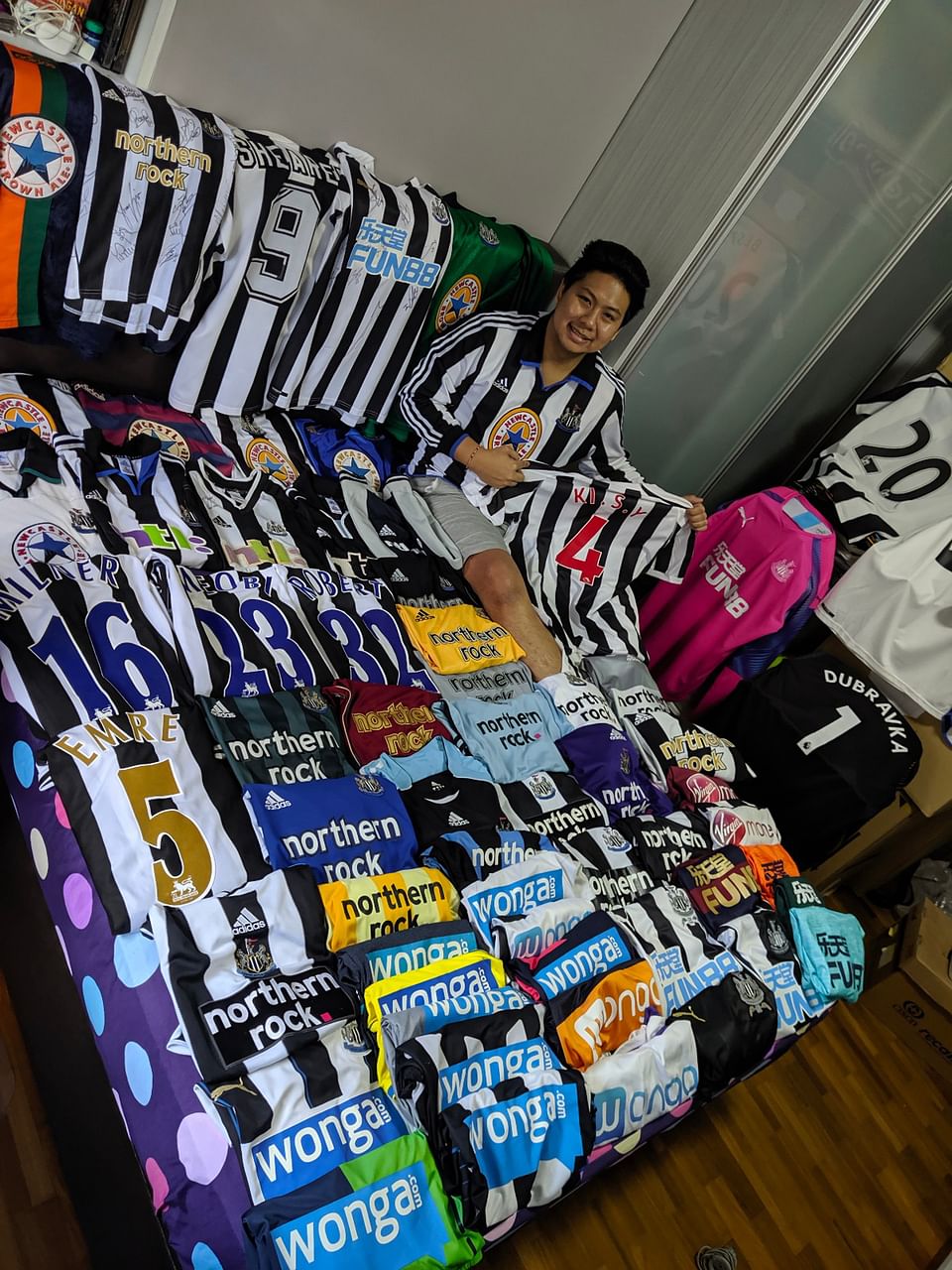 Newcastle native Jonathan Drape-Comyn, who moved to Singapore last year, hopes that there will be an emphasis on youth development despite the club now being able to buy a team of superstars.

The 26-year-old, who works in the media production industry, said: “It would be nice if there was some investment in the academy and the youth system and entire infrastructure so that we don’t have to buy players from abroad or at exorbitant fees and we can bring through some of our own players.”

He also hopes that they can create a “sustainable long-term future” for the club.

While speculation is rifle that manager Steve Bruce will be replaced with big names linked to the job, some fans like Ong and Drape-Comyn hope younger managers like Englishman Eddie Howe are given a chance.

Howe, who most recently coached AFC Bournemouth, brought the club from bottom of League Two – England’s fourth-tier competition – to the Premier League in six seasons.

Ong said: “I’m hoping for the club to go with someone young, innovative and has fresh ideas to revolutionise the way we play because Newcastle is now going to be an enticing project.”

Kenneth Foo, a senior art director at an advertising agency, who visited St James’ Park in 2019 to catch their game against Manchester United, is now relishing the prospect of seeing the new iteration of the club.

He said: “With potentially better and stronger players, I would definitely be keen to head over to watch them again.”