SINGAPORE – Make family time all the more special with these ideas and activities.

Find out how entrepreneur Cheryl Wee, 34, and actress Joanne Peh, 38, encourage their kids to have creative, unstructured and independent play.

They are among the mums who will be hosting Instagram Live sessions on Saturdays in October.

Join Wee, who has a three-year-old son and a two-year-old daughter, on @weecheryl on Saturday (Oct 2) at 11am as she chats with parenting coach Jacinth Liew from Our Little Playnest.

Meanwhile, Peh (@joannepeh), who has a five-year-old daughter and a four-year-old son, will host with early learning expert Fynn Sor from Happy Tot Shelf on Oct 9 at 3pm.

The weekly series is part of The Lego Group’s Rebuild The World campaign, which celebrates children’s creativity and shows how they use Lego bricks to build sets that help overcome challenges.

Wolfboy does not fit in at school. The other students think he is weird, but his mum tells him: “It’s the dreamers like you who change this world for the better.”

One day, he stumbles upon a strange land where he meets fantastical beings called Sprytes, which create things for the world – trees, weather, life… everything.

That sets the scene for Wolfboy And The Everything Factory, a new animated series in which Wolfboy’s wild imagination comes to life. He also discovers he is destined to play a central role in the age-old battle between the forces of creation and destruction. 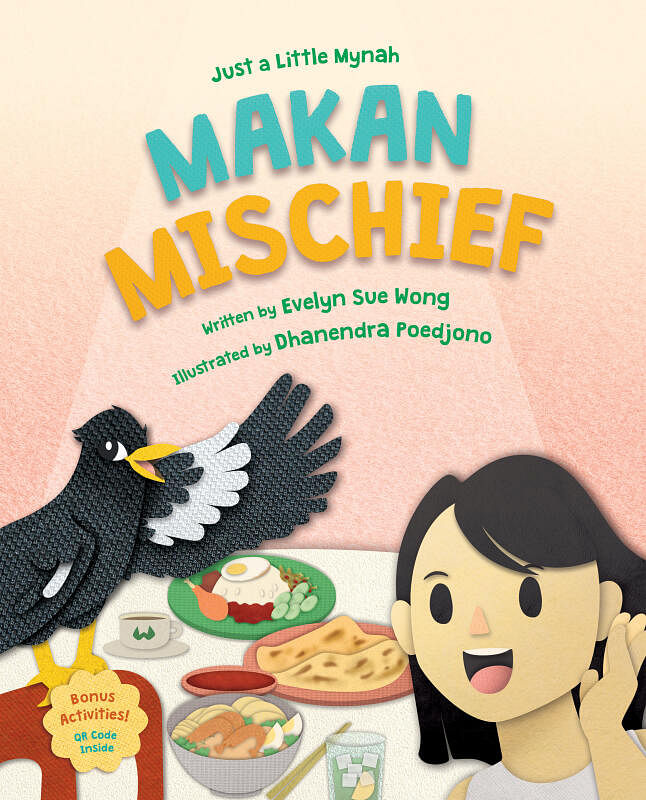 It follows Little Mynah as she introduces two siblings to delicacies at a hawker centre.

“This book is not just about the variety of tasty dishes that we all like,” she says. “It’s about the community of hawkers and the diverse profiles of people and cultures that come together at the hawker centre under one roof.”

Similar to her first book in the series, Just A Little Mynah, which was released last year, Wong has included everyday words and phrases in Singapore’s four official languages.

Little Mynah flies around saying “thank you” to stallholders in Mandarin (xie xie), Malay (terima kasih) and Tamil (nandri). Kids can also hear the words and play games by scanning a QR code in the book.

The book retails for $14.90 (excluding GST) on the Epigram website, at Epigram Bookshop at 267 Beach Road, and at major bookstores.

Get the ST Smart Parenting newsletter for expert advice. Visit the microsite for more.