GCSE students have achieved a record-breaking set of results, with a surge in the number of top marks handed to them after exams were cancelled due to coronavirus.

Pass rates are also up across the board – with the amount of students getting grade 4 or above rising by 13% to 76% year-on-year. 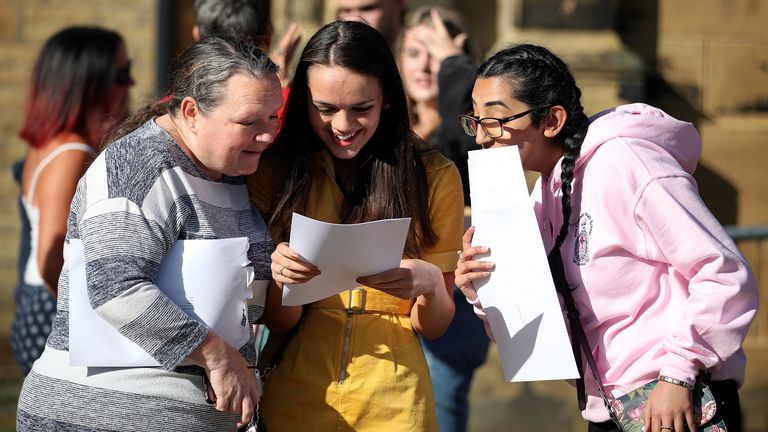 And the number of those achieving the highest available mark – a grade 9 – surged by 40%.

Every single subject saw the numbers awarded a grade seven grow – with the biggest spikes recorded in engineering, economics and the performing arts.

The smallest increases were in science double award, maths and English.

Half a million BTEC students who were expecting to get their grades on Thursday were told last night they will not be ready in time and may have to wait another week to receive them.

The whole results system has been dogged by confusion given the four UK governments initially relied on an algorithm to moderate the marks handed out by teachers to try and stop massive grade inflation.

But one by one, Scotland, then Northern Ireland, Wales and finally England decided to scrap the adjusted results and give students their so-called “centre assessed grades”. 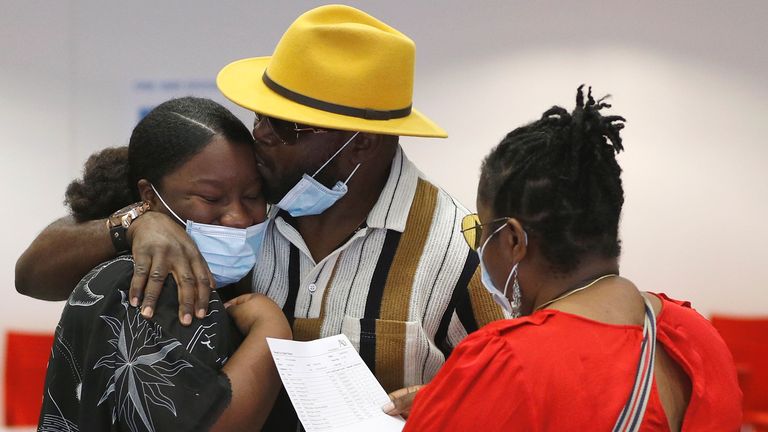 Over 600,000 pupils are receiving their GCSE marks today, as they consider their next options including A-levels, apprenticeships or the new T-levels beginning this autumn.

There were scenes of joy in many schools as students celebrated the anxiety finally being over in a difficult year for schools given exams and most teaching were scrapped due to COVID-19. 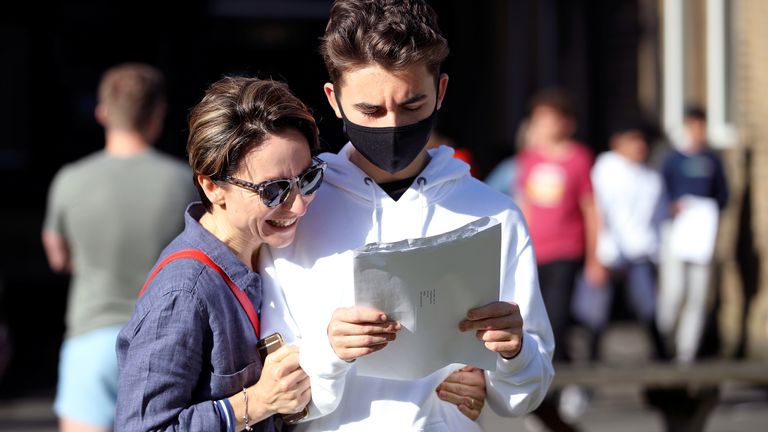