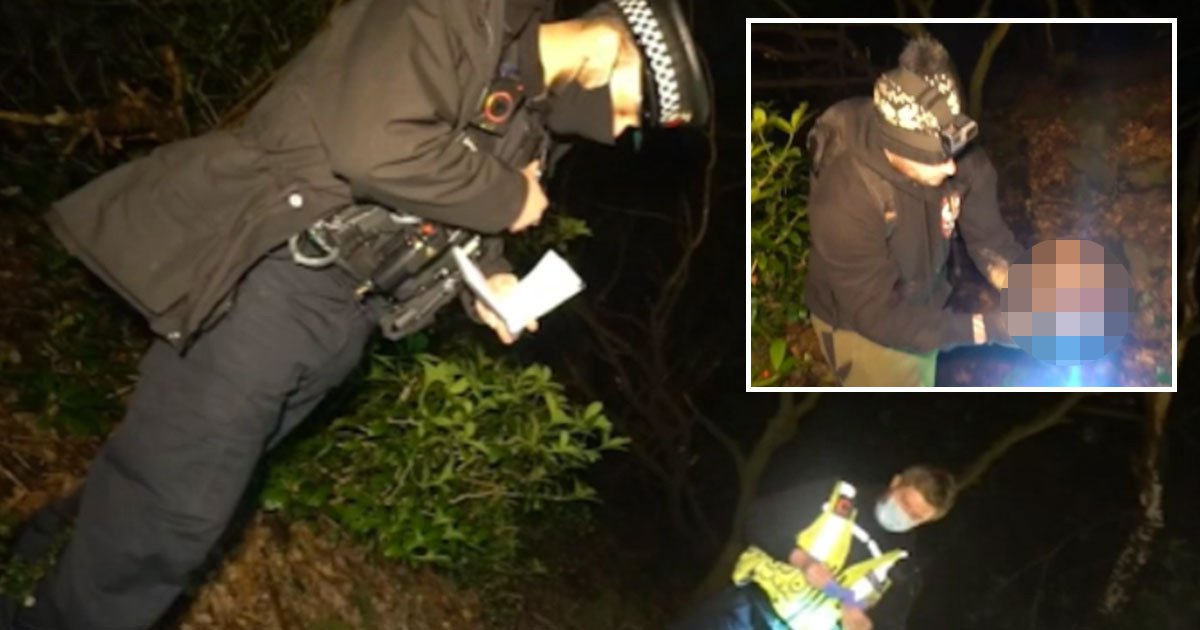 A couple who hunt ghosts on YouTube have been criticised for picking up a human skull they found and displaying it on camera.

Danny Duffy is seen in footage holding it while his partner Felicity Duffy films, asking him: ‘Is it actually a skull skull?’

He removes it from the ground where it is laying near a coat and shakes off debris, before lifting it up.

They then film themselves phoning the police at around 12.35am on March 1, before a crime scene was set up off Blackburn Road in Egerton, Bolton.

‘Any police force in the UK would want a scene as close as possible to how it was found.

‘They would want members of the public to leave it as it was found until they could establish whether this was a suspicious death or death by natural causes.’

People commenting on the YouTube video were likewise less than impressed.

One person said: ‘Why would you pick it up? You could clearly tell it’s a skull without touching it.’

Another added: ‘I can’t believe you have posted this or that the police have allowed you to, if this was a family member or friend of mine I would be distraught that you had put this all over the internet.’

Danny replied: ‘People die everyday that’s the facts of life get over yourself.’

Police say that they do not yet know how the skull came to be there.

Detective Inspector Debbie Hurst, of GMP’s Bolton CID, said: ‘This was a very surprising discovery made in the early hours of Monday morning and we have been working ever since to establish the circumstances here.

‘What we do know is that the item found has been confirmed to be a human skull, but it is still unknown how old the skull is and how long it has been at the location for – these enquiries by specialist forensic officers are ongoing and will be determined in due course.

‘By the very nature of this discovery, we do understand some concern in the community and of course the sheer intrigue that this investigation brings with it, however we are confident that there is no threat to the public and that this isn’t currently linked to any other ongoing investigations.

‘We are keen to establish the facts as soon as we can but the work that is ongoing must be conducted thoroughly and properly before we get to that stage. If anyone has any information about this discovery that could aid our enquiries we ask that they make contact with police.’