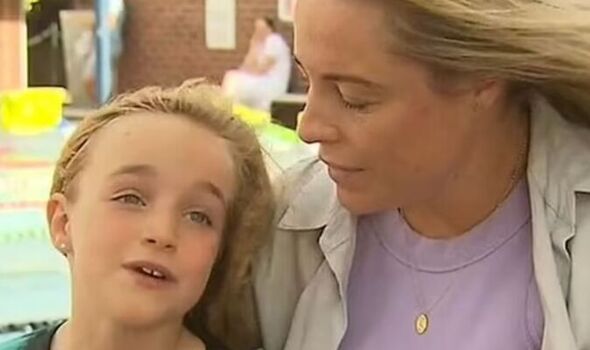 A seven-year-old girl has been hailed as a hero after she rescued a toddler from drowning after she fell into a public pool. The young girl, Phoebe Van Niel, who is from Perth, Australia, had been holidaying with her parents at a hotel in Broome when the incident occurred.

The family were in the town, located in Western Australia’s far north-west, when Phoebe noticed the toddler fall into the pool.

She was praised for her rapid thinking, after she dived straight into the pool without hesitation.

The girl noticed before anyone else did that the young child was in distress.

Despite the pool being crowded with people, Phoebe swam over to the stricken toddler, lited her out of danger and stepped out of the water.

The toddler is reportedly fine after the incident.

Understandably, she was seen to be upset, shaken and crying as she was led to safety.

Phoebe later spoke about the importance of her of learning to swim.

She attended years of swimming lessons at a pool in south Perth, which means she is confident around water.

Her mum Renae said: “This is why it’s so important to go and learn to be a strong swimmer.”

She has encouraged all families to teach their young children the life saving skill.

Phoebe has now saids she wants to be a surf lifesaver when she grows up.