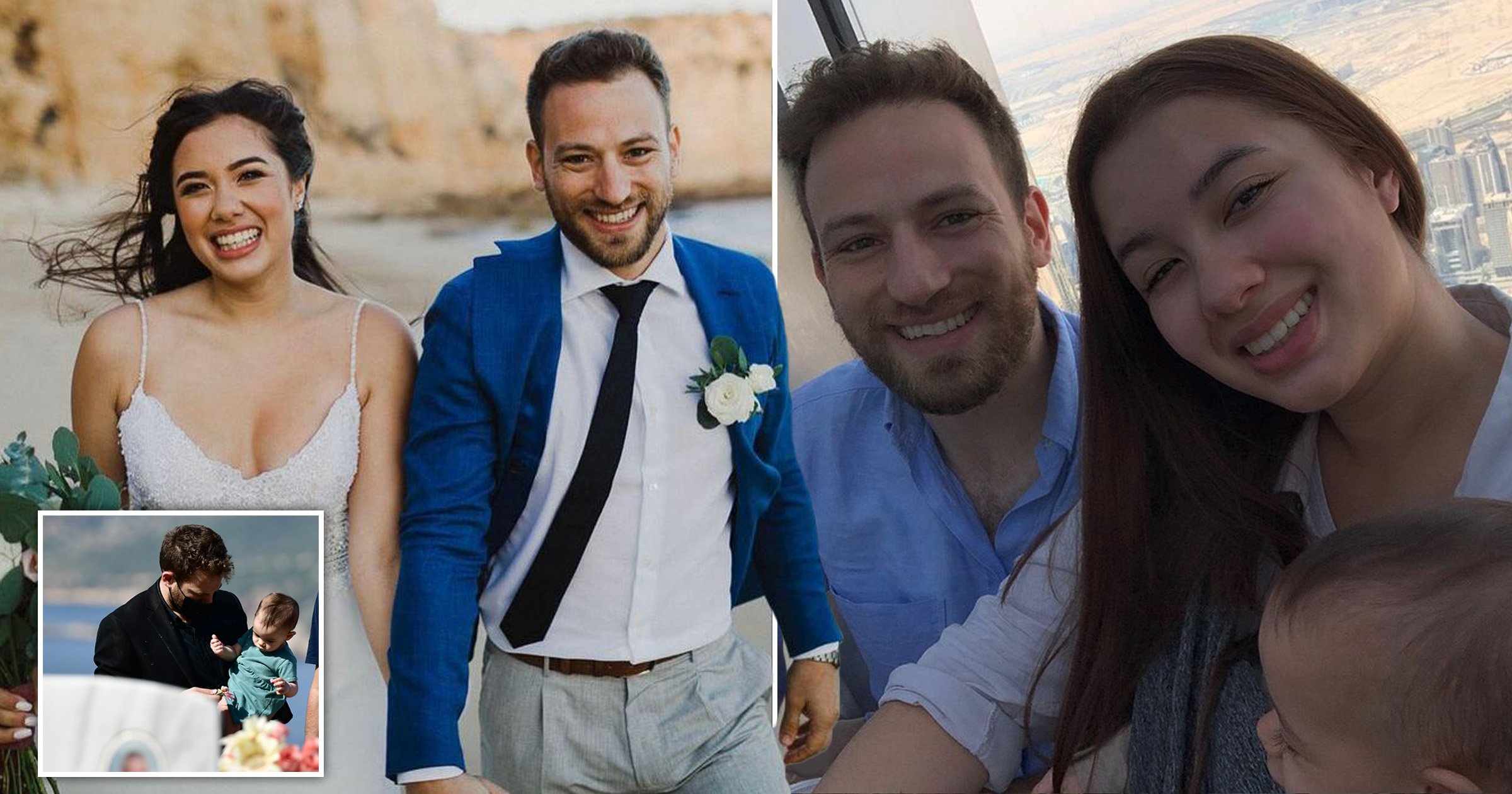 The Greek husband of a young British mother has confessed to killing her when she threatened to leave him – just weeks after he claimed she died during a brutal invasion of the couple’s home.

Babis Anagnostopoulos, 33, initially told police his partner was murdered by robbers who had tied him up at their home in the affluent suburb of Glyka Nera, near Athens, in the early hours of May 11.

But on Thursday night he admitted strangling Caroline Crouch, 20, after detectives found smartwatch data which contradicted his initial testimony that he had been bound and gagged by three assailants.

He told police in his statement: ‘That night we were fighting early. At one point she threw the child in the crib and told me to leave the house.

‘I lost my temper, I suffocated her with the pillow. Τhen I made up the robbery.’

His confession followed a six-hour interrogation on Thursday by Hellenic Police.

‘When faced with the evidence he confessed,’ said Apostolos Skrekas, a police spokesman.

‘The tracker contradicted his initial testimony that he had been roped up and gagged by three assailants. Instead, what we found was that he moved around the house, going from the attic to the basement.’

Skrekas refused to elaborate whether the husband had acted on his own or had hired accomplices.

He said the motive the husband cited for murdering his wife was that she had threatened to leave him hours before.

The shock confession ends a month-long investigation into what detectives had called ‘a near-perfect murder’ because of the lack of evidence left at the scene.

Questions were raised when a fitness tracker strapped on Caroline’s wrist revealed her heartbeat had flat-lined at least an hour before the ‘pre-dawn raid’ Anagnostopoulos had invented as a cover story.

‘He claimed he acted in rage at a time of crisis with his wife,’ Skrekas said. ‘He explained in full detail how he strangled the victim.’

Anagnostopoulos initially told police that he was tied up by three robbers who broke into their home in the early hours, put a gun to his child’s head, strangled his wife and killed his dog, and then got away with £10,000 in cash and £30,000 in jewellery.

The pilot said he was unable to get a clear view of the assailants because they had covered his face and neck with duct tape, leaving him unconscious because of a lack of oxygen.

He said his wife had been upstairs at the time of the attack, tending to the baby.

The nature of her death shocked Greece, which has a relatively low crime rate compared to the rest of Europe, and prompted the government to offer a €300,000 reward.

Crouch, a university student, spent most of her life in Greece. She moved to Alonissos with her mother Susan Dela Cuesta and father David Crouch, 78, when she was eight.

Shortly after her death, shops, bars and restaurants on the island closed as its 2,000 residents laid her to rest in a hilltop cemetery overlooking the Aegean.

During her funeral on Alonissos in May, Anagnostopoulos carried their daughter Lydia to her mother’s coffin and laid a flower on her body before telling the congregation how distraught he was that their baby would grow up without her ‘beautiful mother’.