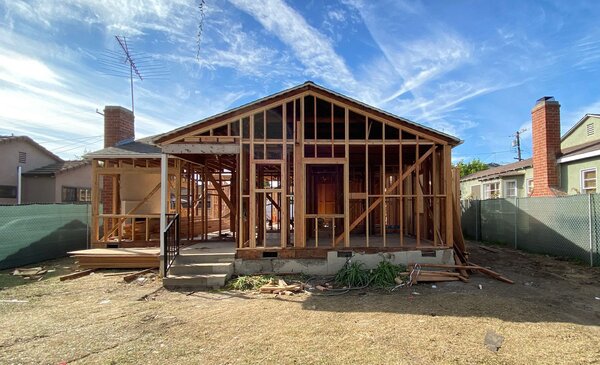 Most of the time, a 6.5 percent rate of economic growth would warrant celebrations in the streets. Only in the weird economy of 2021 can it be a bit of a disappointment.

It’s not simply that forecasters had expected a G.D.P. growth number a couple of percentage points higher, though they did. And it’s not even that America’s output remains below its prepandemic growth path in inflation-adjusted terms, though it is.

What makes the new G.D.P. numbers on Thursday feel less than buoyant is the degree to which they paint a picture of a nation still struggling to complete a huge economic readjustment.

The report offers some sunny signs, certainly. Growth for the first half of the year easily outpaced the rates mainstream forecasters envisioned late last year, and strong growth in business equipment investment bodes well for the future.

But it is an uneven economy — bursting at the seams in some sectors, while still depressed in others. The new numbers show an economy with plenty of demand, but where supply constraints in certain sectors are binding, reducing the overall pace of growth beneath what ought to be possible.

Consider the housing sector. The industry is in some ways experiencing a boom, with home prices (and increasingly rents) rising fast. Yet in terms of the G.D.P. accounting, residential investment became a big negative in the second quarter, contracting at a 9.8 percent annual rate.

If builders can’t get lumber, drywall, appliances and the like at prices to “pencil out,” or to make economic sense, they can’t build houses. And so despite extraordinary demand for houses, the sector actually subtracted half a percentage point from the overall G.D.P. growth rate.

There was a similar 7 percent rate of contraction in investment in business structures, which probably reflects a mix of supply constraints and uncertain future demand for certain classes of commercial real estate like offices and hotels.

Then there are inventories of goods, which subtracted 1.1 percentage points from the second-quarter growth rate. Economists tend to ignore swings in inventories, as they tend not to reveal much about the future direction of the economy. In this case, though, the inventory decline is telling. It is consistent with what businesses are saying about having to draw down inventories as they struggle to keep up with demand (think, for example, of auto sales lots with far fewer cars and trucks to choose from than usual).

Meanwhile, the great readjustment in the economy that needs to happen between consumption of goods versus services — although it continued in the second quarter — still has a long way to go.

Consider a hypothetical world where the pandemic had never happened, and instead the economy kept growing as forecasters in January 2020 had expected it would, with the various segments of G.D.P. retaining a steady share of the economic pie.

Services consumption in the second quarter remained 7.4 percent below the level it would have maintained in that alternate universe, while spending on durable goods remained 34 percent higher.

Those are extraordinary shifts in what the economy is being asked to produce, and it is hardly shocking that the physical goods side of the economy would be straining at capacity in light of such an epic reallocation of demand.

Those numbers are, in effect, driving the supply strains for many physical goods.

Moreover, the second-quarter data predates the surge in virus cases from the Delta variant. We don’t know yet whether its spread will affect the economy in any meaningful way, but if it does, the likely effects include making supply strains of physical goods worse and slowing the rebalancing of the economy toward services.

It would be unrealistic to expect the economic trauma of 2020 to be fixed in just a few quarters, but what the drumbeat of data — both on economic output and employment — shows is that it really is going to be a grind to arrive at a new equilibrium.

It’s fantastic news, of course, that the economic expansion remains robust. There was only a single quarter from 2001 to 2019 in which the annualized growth rate exceeded 6 percent; in 2021 there have now been two in a row.

The healing is happening. But the new numbers reflect just how severe the scars of last year really were.