At least three people in Guinea have died from Ebola and an additional four people have been confirmed to be infected, according to the country’s health authorities.

The cases announced by the health ministry on Sunday are the first since the deadly Ebola epidemic ravaged the country, alongside Liberia and Sierra Leone, five years ago.

In comparison with COVID-19, World Health Organization (WHO) reports (which the agency believes are substantially understated) say the Ebola epidemic comprised more than 28,000 suspected cases, with over 11,300 deaths driving its dramatic mortality rate.

The latest seven positive cases had attended the funeral of a nurse in Goueke on 1 February before later showing Ebola symptoms including a fever, diarrhoea, and vomiting.

The Guinean government has declared an Ebola epidemic as a result and started contact tracing and isolating suspected cases.

The patients were tested after showing showing symptoms of hemorrhagic fever. Those who came in contact with them are already in isolation, officials said. 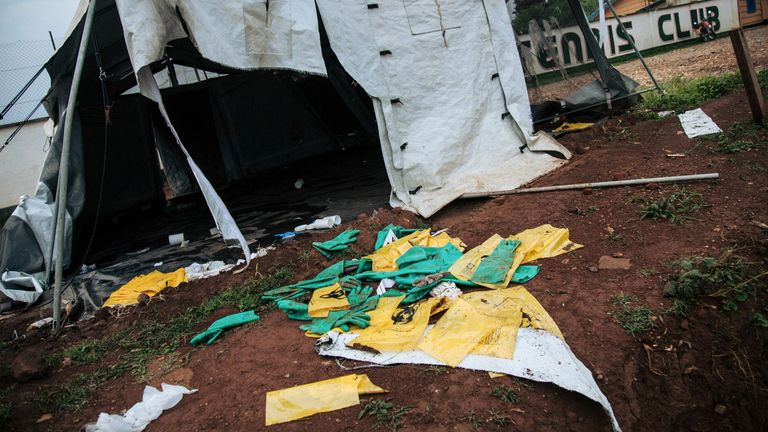 The announcement comes a week after eastern Congo confirmed it also had cases, although these are not linked.

Health experts in Guinea say the outbreak could be a major setback for the impoverished nation, already battling the coronavirus and still recovering from the previous Ebola outbreak.

More than 2,500 people were killed in Guinea where the Ebola epidemic began.

“The resurgence of Ebola is very concerning for what it could do for the people, the economy, the health infrastructure,” said Dr Krutika Kuppalli, assistant professor of medicine for infectious diseases at the Medical University of South Carolina, who was the medical director of an Ebola treatment unit in Sierra Leone during the previous outbreak.

“We’re still understanding the repercussions of the [last] outbreak on the population,” she said, before adding that the government and international health organisations must respond quickly.

One of the reasons the Ebola pandemic had proven so deadly was because the virus was not detected quickly, while local and international communities were slow to react to cases when they were first detected in rural Guinea.

The first patient of the epidemic, an 18-month-old boy from a small village, was believed to have been infected by bats.

But it was weeks after his case was reported in December 2013, according to US authorities, before a medical alert was issued. In that time the virus had already spread, eventually taking years to end.