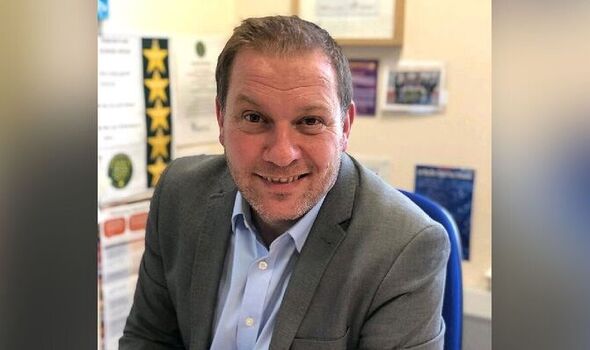 A former head teacher has been banned from teaching indefinitely after he was found to have made a series of suggestive and sexual remarks to female members of staff.

Paul Scott was found by a Teaching Regulation Agency panel to have made comments including; “If you’re struggling I’m happy to rub your chest” and “they’re a nice pair of guinea pigs, I’d like to give them a squeeze”.

The 54-year-old, who was headteacher at Arboretum Primary School, Derby, made other sexualised remarks, such as “seeing you in your underwear would be a really good start”, the panel found.

It also found that Mr Scott made inappropriate comments to several female staff about their appearance, about pregnancy and what they were wearing, including “I can see you have your big pants on today”, “I’m distracted, you have pictures of dinosaurs on your breasts” and “you normally wear longer things, your skirt is shorter today”.

A newly published report about the hearing says that the guinea pigs remark allegation was made by anonymised staff member 9, who stated that while she was sitting in the middle of a group circle, holding the guinea pigs to her, Mr Scott entered the room, stood with Witness A and made the comment. In the hearing, Mr Scott accepted that “this could have been interpreted as inappropriate and insensitive, even though that was not his intention at the time”.

Additionally, the panel found it proven that Scott referred “to others in a derogatory way” such as a pupil who he said was “a bit mad” in their and their parent’s presence and also “I’m used to teaching white middle-class children that are like sponges” after he had taught a group of lower ability pupils, Derbyshire Live reports.

The panel also said it was satisfied that Mr Scott had indulged in inappropriate physical contact with staff such as hugging “when he did not have consent from staff members to act in this way”. Staff member 9 said she did not consider Mr Scott’s behaviour amounted to sexual harassment and staff member 8, who was “visibly emotional recounting them” (her memories of the physical contact), said she felt her dignity had been violated “with reference to Mr Scott’s behaviour in terms of his comments about her clothes and breasts”.

The panel decided Mr Scott’s behaviour towards staff member 8 was sexual harassment and “his actions had an obvious impact upon staff member 8, whether or not this was his intention”. It concluded that his behaviour was of a sexual nature and amounted to: sexual comments or jokes, suggestive looks and staring, intrusive questions about a person’s private or sex life and unwelcome touching or hugging.

Staff member 9 gave evidence to the panel about an occasion when Mr Scott made contact with her when she was standing at a photocopier in a corridor. She stated: “Mr Scott flicked me with his badge on the bum. I can’t remember when this was. It was very much in passing but there was no way it could have been accidental as he didn’t need to come anywhere near me and as it was one of those stretchy badges on elastic, he had obviously pulled the badge back to flick me. I didn’t say anything to him and he just continued past me afterwards.”

Mr Scott agreed to the panel’s questioning that “he was a tactile person” and that he hugged staff members, for example. The panel concluded it was not surprising, in that context, that Mr Scott would not be able to recall each and every instance of physical contact, “particularly when he did not think that this behaviour was untoward”.

Mr Scott, who was appointed head of the school in 2016, was also found by the panel to have failed to have adequately carried out his safeguarding responsibilities after he failed to stop a teacher and a pupil from working together after the teacher made physical contact with the pupil.

Failure to be present for a staff training day at the beginning of the 2018-19 academic year because of a pre-arranged holiday upset staff and witness D said it was a “tipping point” in his relationship with Mr Scott. The panel found it to be “an error of judgement to the extent that he put his personal circumstances before his professional commitments, which Mr Scott admitted”.

Mr Scott admitted some of the allegations, denied others and said he could not recall some of them during the hearing. The panel found the following behaviours were relevant in considering a teaching ban:

The panel members took into account that Mr Scott had “an otherwise unblemished record” and members were presented with “some positive accounts about Mr Scott’s character, in the written and oral evidence”.

They concluded: “He engaged in these proceedings and attended this hearing. He admitted some of the allegations. Mr Scott had apologised for his actions and recognised and accepted that he had fallen short of the standards expected of him. To that extent, Mr Scott had shown regret and remorse.”

But the panel concluded that “the conduct of Mr Scott fell significantly short of the standards expected of the profession. The findings of misconduct are serious as they include a finding of inappropriate comments and behaviour, inappropriate physical contact, failure to carry out safeguarding responsibilities and sexual harassment”.

It was decided that Mr Scott would be able to apply for the prohibition order to be set aside, but not until November 3, 2024, two years from the date of the order at the earliest.

“A period of two years will afford Mr Scott sufficient time and opportunity, should he wish to do so, to take steps to fully rehabilitate and remediate his conduct and demonstrate that he has gained further insight into the nature, effect and implications of his conduct. In the view of the panel.”

Mr Scott’s behaviour was reported by staff in April 2019 to the Derby Diocesan Academies Trust, which took over the school in February 2019. He was suspended on May 15, 2019 pending further investigation. A disciplinary hearing took place on July 15, 2019, and Mr Scott made an unsuccessful appeal against its decision. His case was referred to the Teaching Regulation Agency on October 25, 2019.

A spokesman for the Derby Diocesan Academies Trust said: “In accordance with trust policies and procedures, Mr Scott was suspended immediately from his role as head teacher of Arboretum Primary School, pending an independent investigation into concerns raised about his conduct. The investigation was concluded in a timely manner. The trust felt that the conduct was serious enough to make a referral to the TRA where it was determined that Mr Scott should be prohibited from teaching.”

Mr Scott has a right of appeal to the King’s Bench Division of the High Court within 28 days from the date he is given notice of the prohibition order.