Dogs across Britain have been filmed reacting to her Majesty’s funeral yesterday. The viral video clips of dogs howling and standing to attention one last time for the Queen have been receiving praise. One owner dressed her dog up as Paddington bear for the day, a nod to the Queen’s skit with the animated bear last year. The Queen’s beloved corgis have also been making the headlines, as they were spotted saying their goodbyes at the funeral.

Britons had been filming their dog’s reactions to the Queen’s funeral.

Some dogs could be seen to begin howling as the Queen’s procession began and the army bands began to play.

And a few dogs stood to attention as they paid their respects to Her Majesty.

The cute pups have been causing a stir on social media.

JUST IN: ‘No longer Putin’s war’: Why the next leader of Russia will not stop the Ukraine invasion 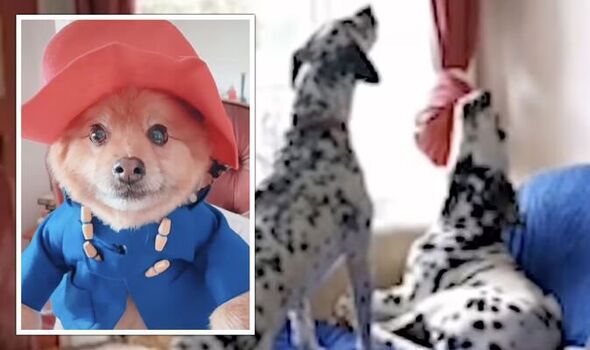 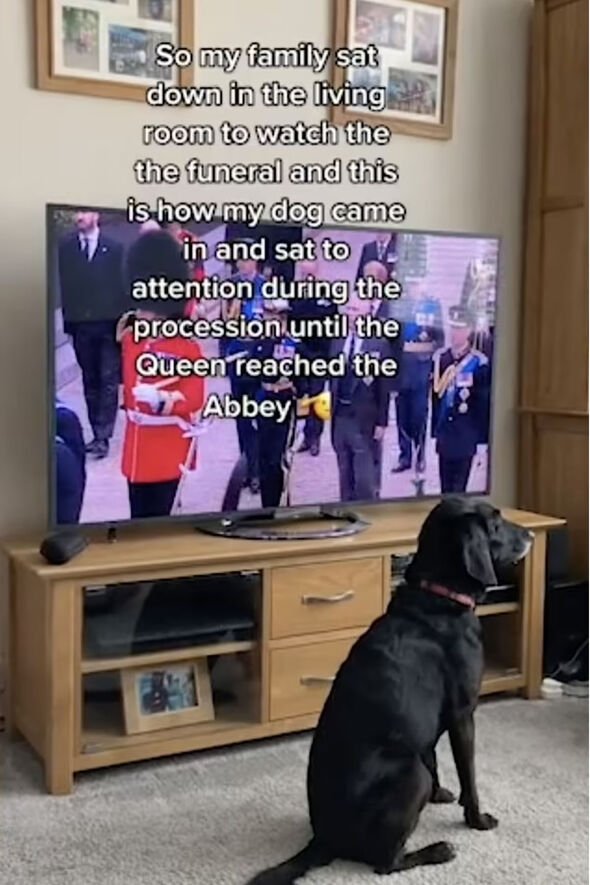 Another user said: “All dogs at attention.”

Rachel Russell revealed her labrador “went into the ‘beg’ position when they all were singing the national anthem.”

Others pointed out how “respectful” dogs were to sit as the procession was shown.”

Lucy Butler wrote: “Mine sat at attention and watched.”

While Jemma Kane added: “Seems to me like all the animals know and can feel what we feel.” 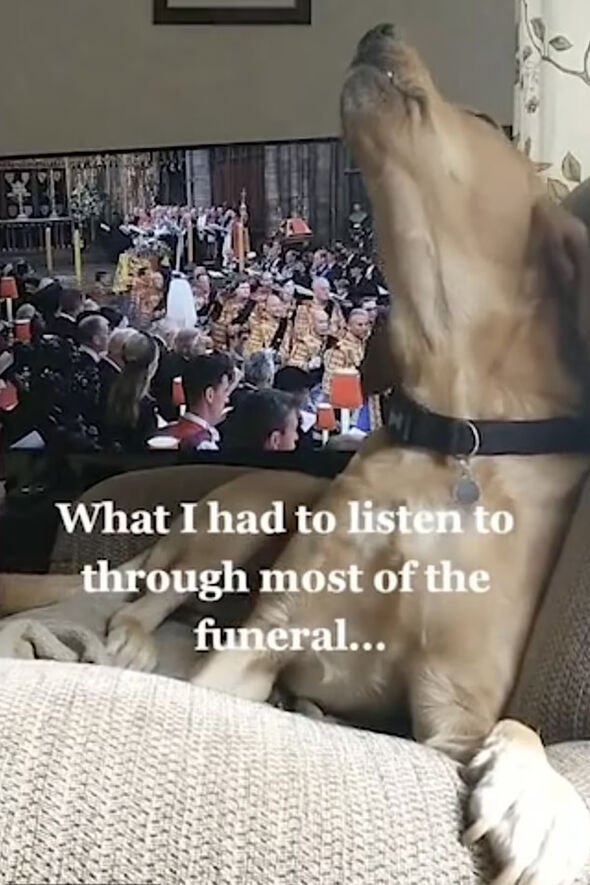 The Queen left behind two corgis called Sandy and Muick, the pair of royal dogs could be seen at her funeral watcher her coffin go past.

The pair have since gone to live with the Queen’s youngest son, Prince Andrew.

DON’T MISS: Brexit battle ahead for Liz Truss on first trip to meet Joe Biden in US as PM[INSIGHT]

‘Three of us remain’: Russian soldier tells of plan to flee Ukraine in intercepted call [SPOTLIGHT] 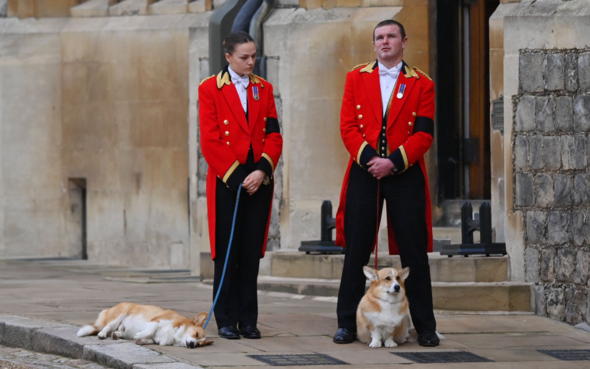 Mr Hall told the Mirror: “Like humans, dogs grieve in different ways. They are all individual, after all.

“The fact is we cannot fully understand how grief feels for dogs – it’s not as though we can sit them down for a heart-to-heart over a coffee – but they are often withdrawn and less playful for a period of time.

“For new owners, my best advice is give them time to settle and create new routines that work for you.

“There’s something very comforting about following a routine when everything else in life feels up in the air.

“The good news is that dogs are capable of adapting remarkably quickly to new surroundings and people, so ‘best paw forward’ is the attitude.”