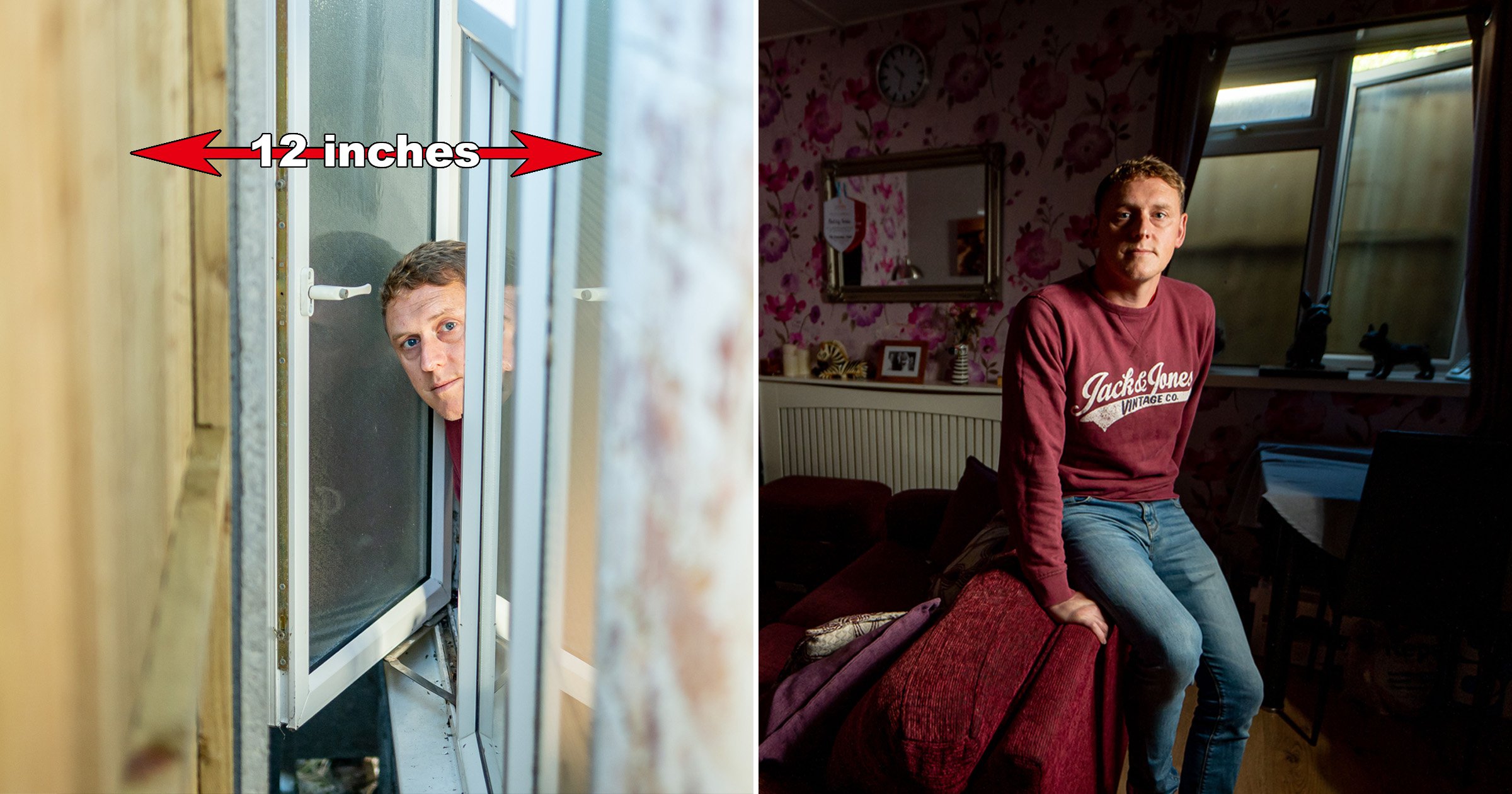 A family was plunged into darkness after a neighbour put up an eight-foot fence that covers their windows.

Pictures show the dad-of-three’s living room looking gloomy and dark with just a small line of natural light peaking through the top of his blocked-up window.

Rob said he can barely open his windows, which could be a fire hazard in the future.

The fence has already started to affect the family in Portslade near Brighton, East Sussex.

The lack of natural light is agitating Rob’s son who has autism.

The darkness also threatens to depress Rob’s wife Sarah, 38, who suffers from seasonal affective disorder (SAD) – when people’s mental health is severely affected by the weather.

In Sarah’s case, winter triggers her SAD and she can become very unhappy if not exposed to enough sunlight.

Some of the windows in the home face Mr Fitzsimons’s land, but these apparently have opaque glass in them – in line with planning rules.

Mr Fitzsimons would not need planning permission to build his fence, but Rob hopes to force him to take it down by arguing his land has a ‘right to light’.

But this requires expensive solicitors.

Rob said the neighbours first started fighting when his son was playing loud music to ‘drown out the sound of Mr Fitzsimons’s power tools’.

What does the law say about ‘right to light’?

People do have a right to light under the Rights of Light Act 1959. This is ‘the right to enjoy the light passing over somebody else’s land and through defined apertures, typically windows’.

There have been cases won based on this argument in the past but the court has to look at several other aspects.

This includes, but is not limited to, whether the source of natural light provides a view onto another property.

The right to light also does not mean people are legally entitled to have all the natural light their house originally had.

For someone to take action against their light being blocked, they have to prove to the court that it amounts to a ‘nuisance’.