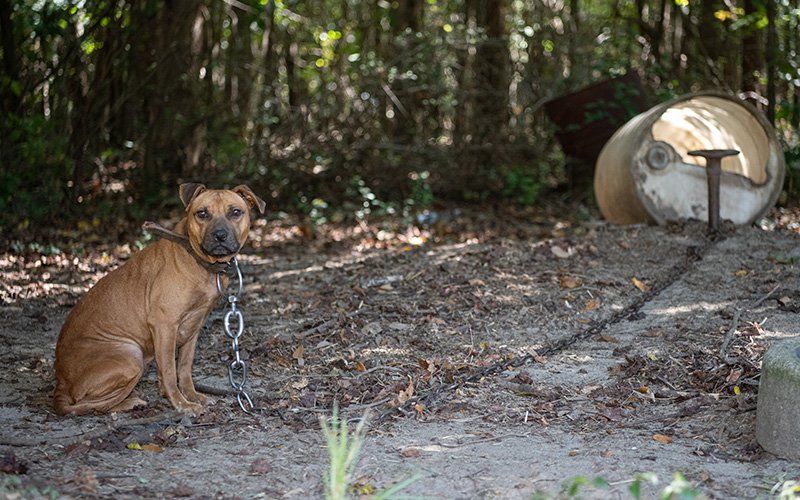 Hundreds of dogs have been rescued in South Carolina in what officials are calling the biggest takedown of dogfighting in the state.

Over 20 people were arrested over the weekend when a team of over 60 federal agents and state police interrupted a dog fight in Richland County on Saturday, the US Department of Justice said in a statement.

Officials executed nearly two dozen warrants over the weekend on properties that had dog fighting kennels or were known to be associated with dogfighting. After carrying out 23 search warrants, officials found and rescued 305 dogs.

Of the dogs saved, 275 are believed to have been associated with dogfighting.

During the operation, officers also seized about 30 firearms and $40,000 in cash. They also recovered other evidence relating the residences and properties to dogfighting.

Over 20 people were arrested on charges related to animal cruelty and dogfighting.

Justice Department officials have called the operation the biggest takedown of a dogfighting operation in the state of South Carolina’s history.

US Attorney Adair F Boroughs said, ‘To force dogs to fight, often to the death, for the enjoyment of others is not only a federal crime, it is also cruel, sadistic, and can create a haven for other illicit activities involving drugs and firearms.’

According to Boroughs, the joint operation took months of planning across the various agencies involved.

Kitty Block, the president and CEO of the Humane Society of the United States noted that responders to these incidents are always moved by the resilience of the dogs.

‘Even after the many years we have worked to protect dogs from the calculated brutality that dogfighting perpetuates, our responders are still struck by the resilience of these dogs who have suffered unthinkable cruelty,’ Block said.

The dogs involved in the operation are now being treated at several undisclosed locations, according to the Humane Society.

It’s a felony punishable by up to five years in prison to fight dogs or to ‘possess, train, sell, buy, deliver, receive, or transport dogs intended for use in dogfighting,’ according to the Department of Justice.