When my 12-year-old child introduced me to his primary school headteacher a few years ago as his ‘second mummy’, my heart skipped a beat for fear that he would be bullied.

But he was so happy and went on to show off to his friends on the playground that he had two mums. In that moment, I remembered that I was safe and I teared up with pride.

Being a mother is everything. What is important to me is that I do not have to hide my sexuality from my children. I also am grateful that I was able to have a child with my wife.

As a Zimbabwean refugee who fled my home country over 20 years ago due to harassment over my sexuality, I was still haunted by those memories – but at least I was now secure in the UK.

Growing up in Harare, Zimbabwe, the negative experiences I endured were dehumanising, isolating, and the stigma invoked feelings of shame. For a long time, I even held negative views of myself.

LGBT+ people in Zimbabwe are regularly the victims of arbitrary arrests and discrimination at the hands of the authorities and judicial institutions. We face extreme hate, with individuals being subjected to corrective rape, beatings and other barbaric practices.

One particular masculine-presenting lesbian reached out to me in 2019 and said that she had been raped and did not get any help after reporting the incident. Afraid of reprisals from the perpetrators she did not pursue the case.

Social attitudes towards LGBT+ people remain deeply prejudiced. Religious institutions and even their own families frequently ostracise people like me, and we are denied access to basic services, education, and even employment. 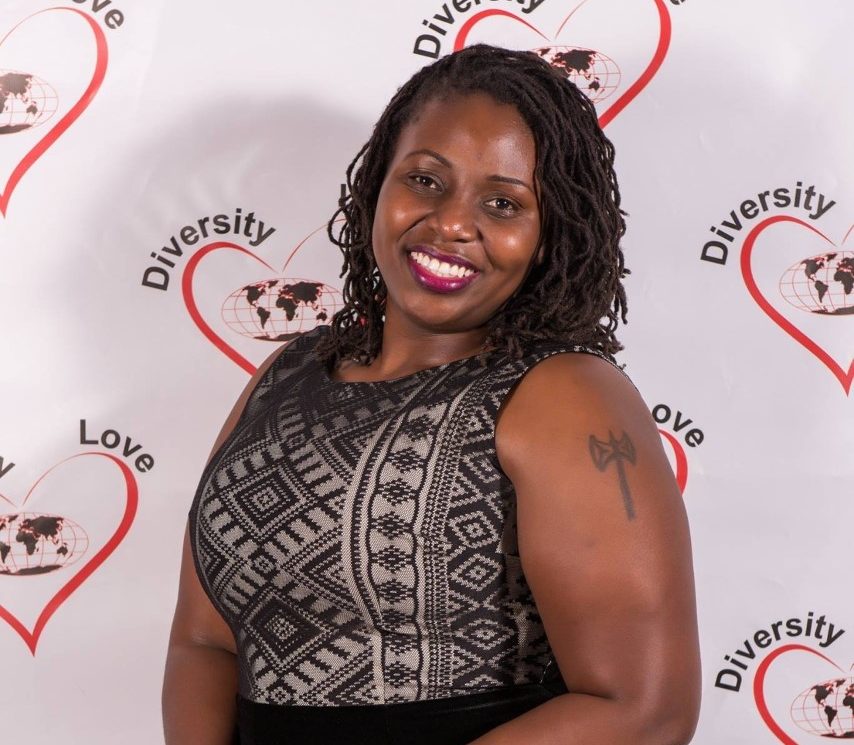 It is almost impossible to get ahead and feel safe if you’re part of the queer community in Zimbabwe.

For all of those reasons, I decided to move to the UK in 2001 at the age of 20 so I could study and live openly as a lesbian.

When I first arrived in London, I walked through Soho and was shocked to see a gay couple holding hands. I was elated, excited and I just could not believe the freedom they had.

For the next few years, I spent a lot of time trying to sort out study visas so that I could stay in the UK safely and legally. When I eventually had my application accepted, I was able to study for a degree in Deaf Studies: Community and Education, which was absolutely fascinating and has opened so many doors for me.

It was also around that time that I became a founding member of UK Black Pride, Europe’s largest celebration for LGBTQI+ people of African, Asian, Caribbean, Latin American and Middle Eastern descent.

Over the years, UK Black Pride and its members helped me discover my identity and fully express myself. I found a place I could meet others who are like me: Black queer people, whose cultural backgrounds, religions and diversity I related to.

Being involved, volunteering and supporting its Pride event helped me to build my confidence. I consider it a ‘home’ – somewhere that nurtured me, gave me the opportunity to grow and give back to my community.

I sought asylum in 2008 and was granted refugee status in 2010 after a refusal in the same year. The delay was because I was asked by the Home Office to provide proof of my sexuality or gender identity, but when I left Zimbabwe I did not take anything with me. I lived in a country where I had to hide my true self and destroy anything that would reveal my sexuality.

Once my status was approved, I quickly discovered that obtaining my refugee status was only the start of a long path towards finding stable employment and becoming a fully integrated member of society.

As an asylum seeker, it wasn’t an easy path because I wasn’t allowed to work initially. Despite having secretarial experience, running a small clothing business and later working as a care worker in Zimbabwe, I found it really challenging to fully understand the job market in the UK and how I would best apply my skills.

The public perception of asylum seekers is changing, but at the time I claimed asylum, seeking safety was looked down upon and there was a misconception that refugees were here only to take from the country.

What truly changed my life were the mentorship opportunities that I received when I was first able to work in 2013 at Micro Rainbow – an organisation that provides support to LGBT+ asylum seekers and refugees. I wanted to help people like me, who were escaping persecution.

When I first started the job, I hosted workshops as part of my role. However, as I had been unemployed for a number of years my confidence was knocked and I was unsure of my abilities. The mentorship that my colleagues provided helped me to get my confidence back and I had a space where I was given the chance to prove myself and grow professionally.

Today I am a national manager, overseeing homelessness and safe housing work in addition to mentorship, social inclusion, and employability programmes for refugees. This work is so important to make sure refugees can find a job and restart their lives. For example, we once took in an intersex person, but due to her birth certificate identifying her as male, she was placed in male-only accommodation by the Home Office.

Hearing her recount the bullying she was experiencing was heart-breaking. She had been moved several times, but the abuse continued because of her differences so she became one of the first residents in Micro Rainbow’s safe housing.

The day she arrived, she cried tears of joy. She took out her dresses without fear, hanging them in her wardrobe, and setting up her make-up space. That moment was unforgettable. When she was granted refugee status, she found a job and went on to further education.

Micro Rainbow is currently working in collaboration with Stonewall and the Tent Partnership for Refugees – a network of over 180 major companies committed to refugees’ economic integration – to launch a mentorship initiative especially for LGBT+ refugees in the UK.

It will support over 600 LGBT+ refugees to build essential skills, like CV writing, advising on interview etiquette, and expanding their professional networks.

Mentorship programmes are a win-win for both refugees and businesses because they help broaden everyone’s professional network and help build communications skills.

Based on my experience, I strongly believe that businesses can play a transformational role in the lives of refugees like me. We are eager to contribute to our new communities in a meaningful way and, given the chance, we will give back ten times over.

Life for me now is almost everything I have dreamed of. I live openly as a lesbian. I got married to a woman. And I had a child with my wife, which I could not be more grateful for.

I live without fear, or at least knowing that if I experience homophobia, I will have the support of the law. In the last 20 years, I have grown professionally and personally. I enjoy being a normal working mum, being an activist and supporting my local community in different ways. But most importantly, I enjoy my freedom.

Supporting LGBT+ refugees is important because they have additional challenges in their communities. They can experience discrimination because of their gender and sexual identities, which can often leave them feeling isolated, homeless, in poverty and exploited.