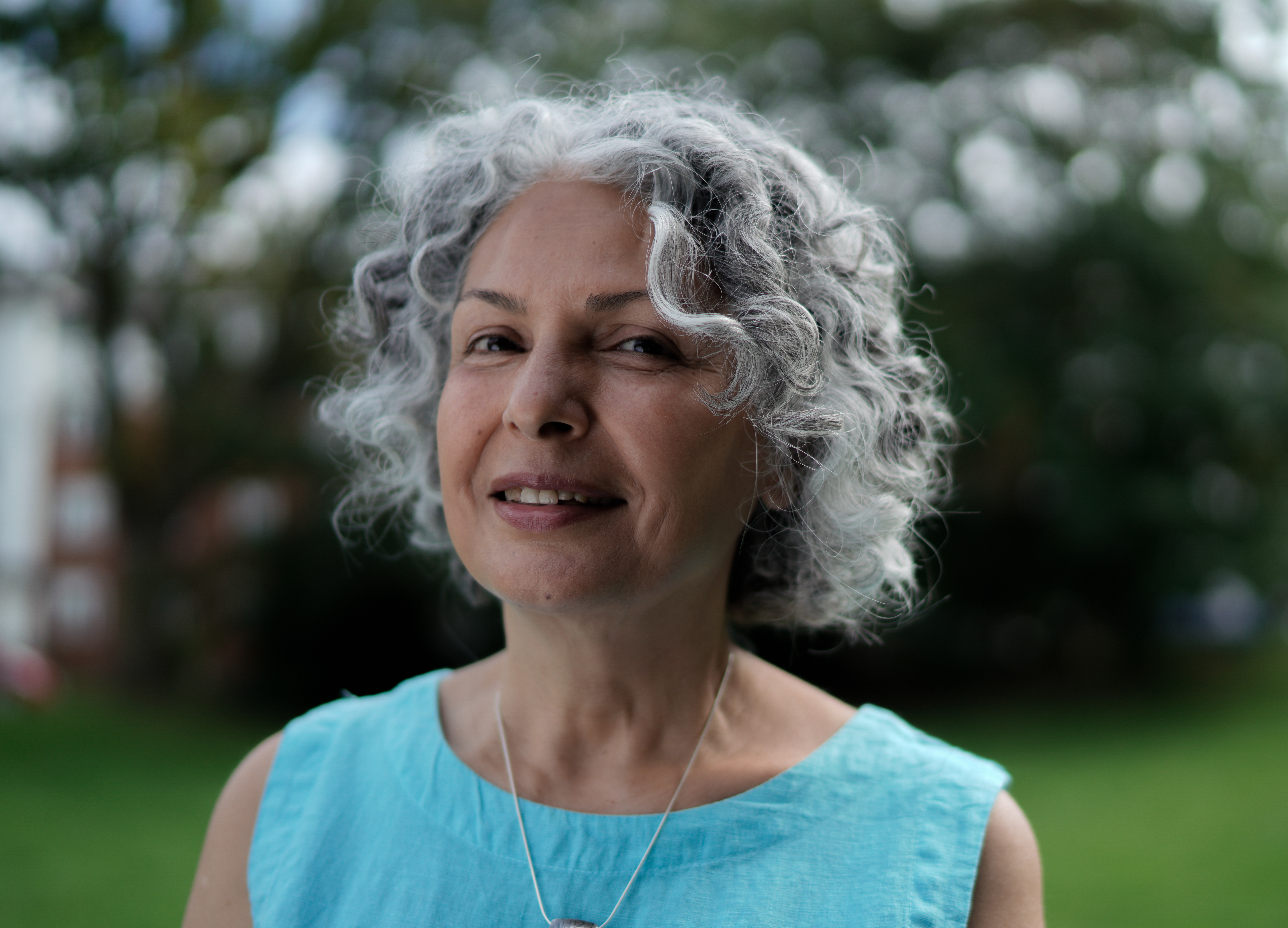 It’s the smell of blood I remember most vividly.

When I heard about the recent fire at Iran’s Evin Prison, I was taken back to the time

I was imprisoned there for eight years during the 1980s for opposing the Iranian regime’s gender apartheid.

During that time, I was tortured so badly I was temporarily paralysed, and developed a brain tumour that was not removed until 2012.

As protests continue across the country, and the authorities crack down on those fighting for their rights, it seems little has changed for detainees.

But when I look at what’s happening now, I feel a mixture of anger and pride, fear and hope.

Saman Yasin held his head in his hands as the judge read out his death sentence.

The 27-year-old Kurdish rapper, whose popular songs touched on topics of unemployment and oppression, was sentenced last week by an Islamic Revolutionary Court, with no family or lawyers present.

His crime? Moharebeh – enmity against God.

Saman is one of the latest victims of the Iranian regime’s bloodthirsty efforts to crush the protests that have swept the country since the death of 22-year old Mahsa Amini after she was arrested by Iran’s feared morality police.

Like so many young Iranians, Yasin was abducted from his home in early October, after posting his support for the protesters to his more than 200,000 social media followers. Human rights groups claim he was physically and psychologically tortured in custody.

The rapper’s politicised lyrics may have placed him in the regime’s firing line, but he is far from the only cultural icon targeted in the recent crackdown.

Fellow rapper Toomaj Salehi is facing similar charges, blogger Hossein Ronaghi has allegedly had his legs broken in detention, while prominent film directors, writers and journalists have all disappeared into Iran’s prison system.

Even athletes are being targeted, since Iranian climber Elnaz Rekabi’s brave decision to compete at the Asian Championships without her hijab last month.

After Iranian beach football star Saeed Piramoon made a gesture of solidarity with protestors after scoring the winning goal in Iran’s thrilling victory over Brazil at the International Beach Soccer Tournament last week, authorities said they would be ‘dealt with’, amid reports they had been detained.

With so many athletes making clear their support for the protests, many Iranians are unimpressed with their national team’s more muted protest during their world cup loss to England, particularly after they were photographed smiling with Iran’s president Raeisi just days before flying out to Qatar.

The arrest of so many prominent Iranians surely reveals the fear the imperilled regime feels at its failure to quell the protests.

While previous attempted uprisings, like 2019’s fuel price protests, were crushed into submission, each fresh outrage has only swelled the numbers taking to the streets across the country.

As many as 15,000 people have reportedly been arrested, and several hundred killed since the protests began, including at least 40 children.

Torture is often routine, as I myself has experienced. Sexual violence is rife. In October, 21-year-old Armita Abbasi was hospitalised after, it has been suspected, she was repeatedly raped by security forces.

Before her family could visit her, she was abducted again by the Revolutionary Guard and she is still being held.

At Tehran’s notorious Evin Prison, multiple people were killed in a fire which was believed to have been started deliberately when prisoners were locked in their cells, with those caught up in the blaze reporting that guards attacked them with tear gas and live ammunition.

When I was imprisoned in Evin Prison in 1988, thousands of political prisoners were slaughtered at the whim of Ayatollah Khomeini, in a massacre orchestrated by current president Raeisi.

In the buildup to the killings, our family visits were cancelled.

Cut off from the outside world, we would have political debates in our cells to distract ourselves from the reality that we feared for our lives.

Then, the interrogations began. We were forced to wear our chadoors, then blindfolded and taken from our cells to the feared interrogation building and questioned incessantly.

‘Are you Muslim? Will you repent? Will you condemn moharebeh?’

More than 50 prisoners were taken from my wing and I never saw them again. It turns my stomach knowing that today’s activists in Evin are suffering as we suffered.

Generations of Iranians have been suppressed under the regime’s reign of terror – but in its brutality, the regime has united Iranians from all social classes and every corner of the country.

To quote Toomaj Salehi’s protest anthem The Battlefield: ‘From athlete to artist, peddler to businessman, student and teacher, engineer and labourer, we deafen the dictator’s ear.’

For the first time, the regime appears to be fighting for its survival. Protests have only grown in recent days, and a report claims that officials are preparing to flee the country.

But if the sacrifices of Saman, Toomaj, Mahsa, Saeed and every Iranian who has risked their lives for the dream of freedom are not to be in vain, they need solidarity from the rest of the world.

But most importantly, the global media should report on the regime’s atrocities, amplify the voices of those protesting and let the world see the reality of what is happening in my country.

Nasrin Parvaz is a women’s rights activist and torture survivor from Iran. Her books include ‘A Prison Memoir: One Woman’s Struggle in Iran’, and the novel ‘The Secret Letters from X to A’