It’s hard to imagine that there will ever be someone like Whitney Houston ever again. The iconic, venerated singer had a towering career that spanned decades. Houston rose to fame in the mid-80s with her debut, self-titled album. At just 22 years old, Houston became an absolute star after years of work and dedication to her craft, which began when she was just a child singing in her church. 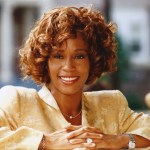 In 1985, when she was just in her early 20s, Houston won her first of many Grammy Awards for Best Pop Vocal Performance for her breakout single “Saving All My Love for You,” off her debut album. From there, the singer’s career simply swelled with success. Her second album, Whitney, featured the iconic dance hit “I Wanna Dance with Somebody (Who Loves Me),” earning the singer her second Grammy Award.

Over the course of her career, Houston won six Grammy Awards, including the 1993 Record of the Year for “I Will Always Love You” and 1993’s Album of the Year for The Bodyguard – Original Soundtrack Album. Houston’s career saw her conquer film and music, all while trying to navigate the unique pressures of fame.

Sadly, after years of struggling with addiction, the world lost Whitney Houston in February 2012 at the age of 48 years old. Despite that immense loss, Houston’s legacy still lives on in her timeless music and the effervescence with which she graced so many stages across the world. On what would have been Houston’s birthday, look back at these selections of photos from her life.