Spokesman for Atomic Energy Organization says authorities will reveal ‘in due time the reason behind blast’ in July. 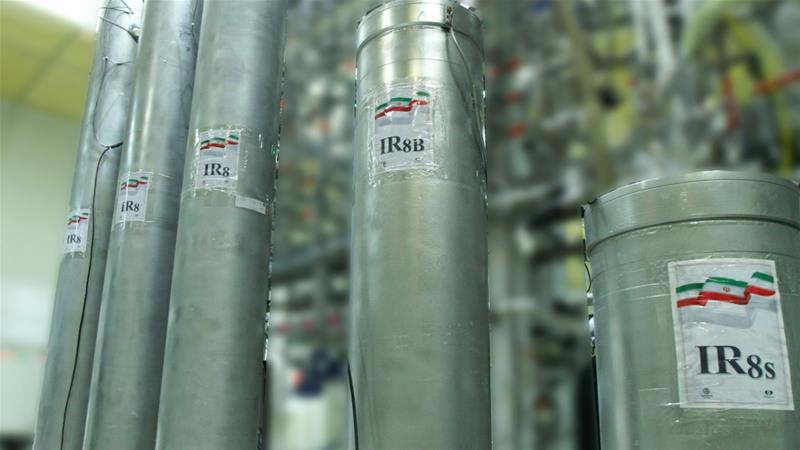 Iran’s Atomic Energy Organization has said an explosion last month that damaged the country’s Natanz nuclear facility was the result of “sabotage”.

“Security investigations confirm this was sabotage and what is certain is that an explosion took place in Natanz,” spokesman Behrouz Kamalvandi said on Sunday.

“But how this explosion took place and with what materials … will be announced by security officials in due course,” he was quoted as saying by state news agency IRNA.

The Natanz uranium enrichment site, much of which is underground, is one of several Iranian facilities monitored by inspectors of the International Atomic Energy Agency (IAEA), the UN nuclear watchdog.

Iran’s top security body said after the blast on July 2 that the cause had been determined but would be announced later “for security reasons”. Officials said the incident had caused significant damage that could slow the development of advanced uranium enrichment centrifuges.

Some Iranian officials have previously said the explosion may have been the result of cyber-sabotage, warning that Tehran would retaliate against any country carrying out such attacks.

An article by Iran’s state news agency IRNA in July addressed what it called the possibility of sabotage by enemies such as Israel and the United States, although it stopped short of accusing either directly.

Natanz is the centrepiece of Iran’s enrichment programme, which Tehran says is only for peaceful purposes. Western intelligence agencies and the IAEA believe it had a coordinated, clandestine nuclear arms programme that it halted in 2003.

Iran agreed to curb its nuclear programme in exchange for the removal of most international sanctions in a deal reached between Tehran and six world powers in 2015.

But Tehran has gradually reduced its commitments to the accord since US President Donald Trump’s administration withdrew from the agreement in 2018 and reimposed and intensified sanctions that have battered Iran’s economy.

The deal only allows Iran to enrich uranium at Natanz facility, with just over 5,000 first-generation IR-1 centrifuges.

On Monday, IAEA head Rafael Mariano Grossi will visit Iran for the first time since taking up the role in December last year.

The IAEA said in a statement Grossi will address Iran’s cooperation with the agency, particularly access for its inspectors to certain sites.

“My objective is that my meetings in Tehran will lead to concrete progress in addressing the outstanding questions that the agency has related to safeguards in Iran and, in particular, to resolve the issue of access,” Grossi said.

“I also hope to establish a fruitful and cooperative channel of direct dialogue with the Iranian government which will be valuable now and in the future.”