Nika Shakarami, the Iranian teenager whose death during protests in Iran has made international headlines, was murdered, her own mother has claimed. In a video sent to Radio Farda, a US-backed radio station, Nasrin Shakarami said she had seen wounds on her 16-year-old daughter’s body which contradicted a statement issued by the Iranian government.

Nika went missing on September 20 after telling one of her friends she was being pursued by police and was never seen alive again.

Her mother said Nika’s aunt had been forced to make a statement on state television on Wednesday in which she claimed the youngster “was killed falling from a building”.

Nasrin Shakarami added the authorities “have called others, my uncles, others, saying that if Nika’s mother does not come forward and say the things we want, basically confess to the scenario that we want and have created, then we will do this and that, and threatened me”. 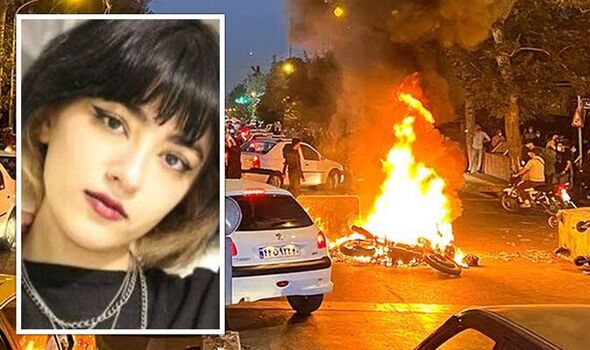 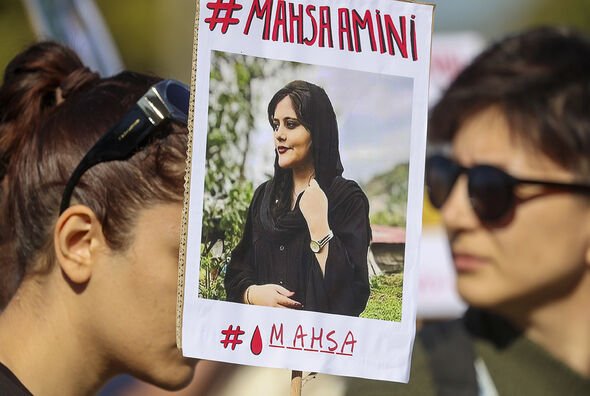 During the clip, Nika’s uncle was also shown condemning the protests with a voice in the background whispering: “Say it, you scumbag!”

After Nika’s body was found, Tehran judiciary official Mohammad Shahriari claimed to have conducted a post-mortem examination indicating she had suffered “multiple fractures… in the pelvis, head, upper and lower limbs, arms and legs, which indicate that the person was thrown from a height”.

However, Nasrin Shakarami said: “I saw my daughter’s body myself. 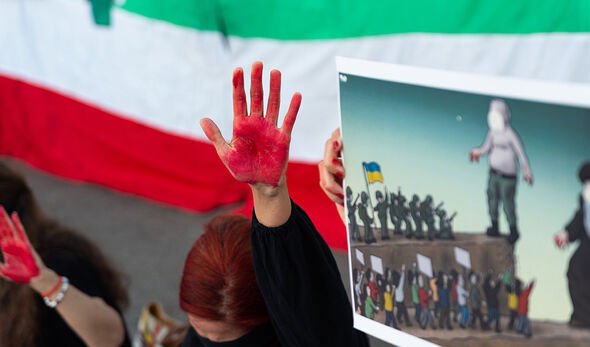 “The back of her head showed she had suffered a very severe blow as her skull had caved in. That’s how she was killed.”

A death certificate issued by a Tehran cemetery and obtained by BBC Persian appears to back up her version of events, states that Nika died after suffering “multiple injuries caused by blows with a hard object”.

Iranian authorities have also denied claims that another 16-year-old girl, Sarina Esmailzadeh, died after being severely beaten by security force during protests in Karaj in the north-east of the country on September 23. 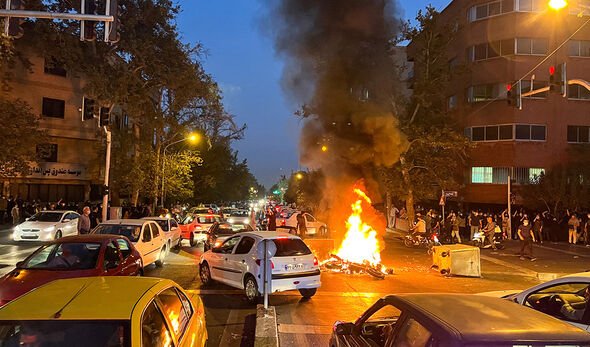 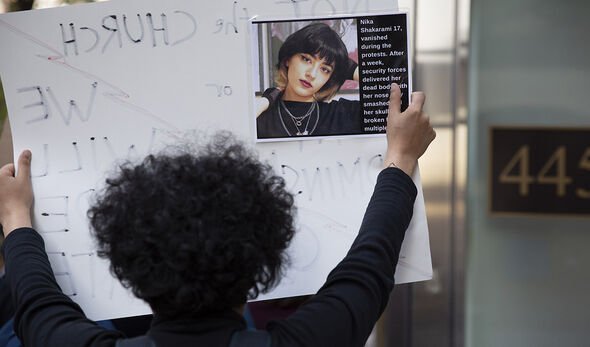 An preliminary investigation overseen by the Iranian authorities has concluded Sarina killed herself by jumping off a five-storey building.

Social media reports and rights group Amnesty International have said she was killed by security forces when she was struck with batons on the head, also during protests

Rights groups say more than 150 people have been killed, hundreds have been injured and thousands arrested in a crackdown on nationwide protests marking the biggest challenge to Iran’s clerical leadership in years. 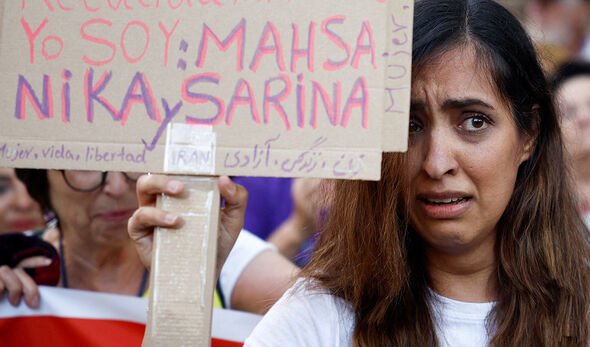 Amnesty International, in a September 30 report, said she was one of at least 52 people killed by security forces between September 19 and September 25, saying Ms Esmaeilzadeh “died after being severely beaten in the head with batons”.

The chief justice of Alborz province where Ms Esmaeilzadeh died said a preliminary investigation showed her death was caused by suicide from a fall from the roof of a five-story building, the semi-official ISNA news agency said. 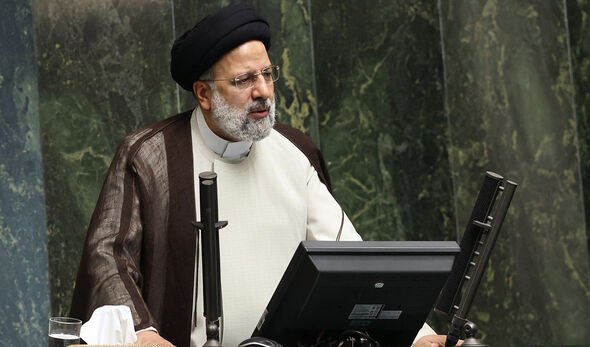 He added: “Based on her mother’s account, Esmaeilzadeh had a history of suicide attempts.”

The protests were triggered by the death of 22-year-old Mahsa Amini, who was arrested on September 13 in Tehran for “inappropriate attire”.

The authorities have said she suffered a heart attack after being taken to a station to be “educated”.

Meanwhile, an official forensic report has concluded that Ms Amini died as a result of heart problems – but her family denied she suffered from a heart condition, while her father said she had bruises on her legs, and holds police responsible for her death.