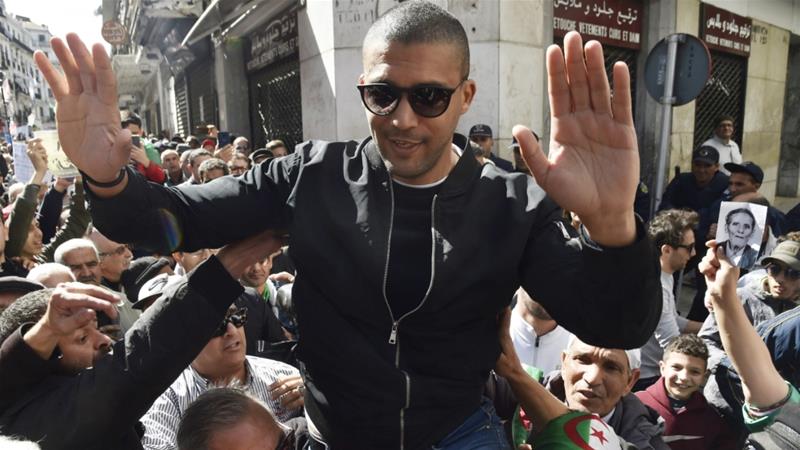 United Nations independent experts have called for the release of an Algerian journalist jailed over his coverage of pro-democracy demonstrations in the country.

Khaled Drareni, an independent journalist who has extensively covered the year-long protest movement calling for an overhaul of the country’s political system, was handed a two-year jail sentence by a court in the capital, Algiers, on Tuesday.

“We condemn in the strongest possible terms this two-year prison sentence imposed on a journalist who was simply doing his job and call on the Algerian authorities to reverse it and set Mr Drareni free,” the experts, who do not work for the UN but report its findings to it, said on Wednesday.

Drareni was initially handed three years but his sentence was reduced to two on appeal. Still, lawyers and fellow journalists decried the ruling and said it should not have been in the first place.

He was convicted of “inciting an unarmed gathering” and “endangering national unity” linked to coverage of the protest movement.

Although Drareni’s sentence was reduced, “it is still grossly inappropriate because the charges brought against him are a blatant violation of freedom of expression, peaceful assembly and of association”, the experts said.

The eight signatories included the special rapporteurs on peaceful assembly, freedom of opinion and human rights defenders, along with members of the UN working group on arbitrary detention.

They said they were alarmed that the Algerian authorities were increasingly using national security laws to prosecute people who were exercising their rights.

“Drareni, and all the others currently in prison, or awaiting trial simply for doing their job and defending human rights must be immediately released and protected,” they said.

Last year’s demonstrations initially began after longtime President Abdelaziz Bouteflika announced he would seek re-election for a fifth term in office despite his failing health.

Protests, however, continued well after Bouteflika, under pressure from the military, resigned, with demonstrators demanding the departure of the country’s ruling elite.