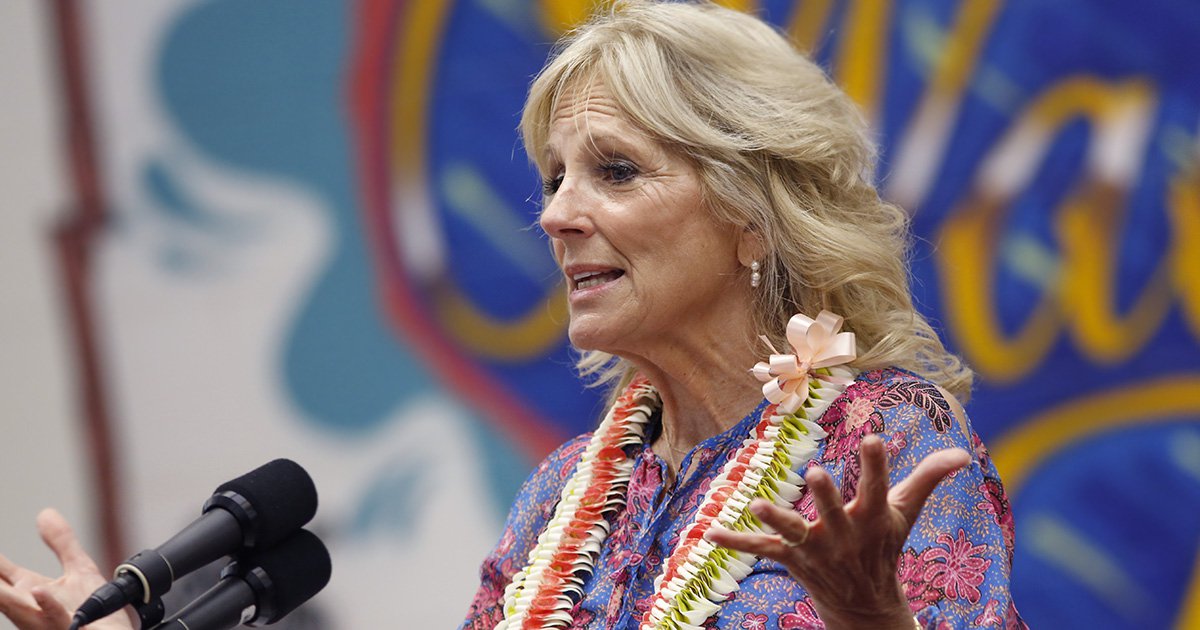 First Lady Jill Biden underwent a medical procedure to remove a sharp object that was stuck in her foot from walking on the beach during an official visit to Hawaii over the weekend.

Biden, 70, stepped on the unknown object with her left foot and saw doctors at Walter Reed National Military Medical Center on Thursday, her spokesman Michael LaRosa said in a statement.

‘Last weekend, prior to her two official events in Hawaii, the First Lady stepped on an object on the beach which became lodged in her left foot,’ LaRosa stated.

The first lady stopped in Hawaii on Saturday and Sunday on her way back from Tokyo, where she lead the US delegation in the Olympics. She promoted coronavirus vaccines at a high school and attended a barbecue at Joint Base Pearl Harbor-Hickam with military families.

CNN White House correspondent Kate Bennett, who was at both events covering Biden, said she did not see the first lady show signs of her injury in Hawaii.

‘She wore a wedge-heel espadrille that day, and when we landed,’ Bennett tweeted. ‘It is entirely possible that whatever she encountered on the beach has become problematic over the last four days to the point of medical care.’

President Joe Biden accompanied his wife at the medical center before giving remarks on the administration’s plan to fight the spreading Delta variant.

President Biden was also by his wife’s side when she was admitted at Walter Reed in mid-April for what the White House called a ‘common medical procedure’.

‘The first lady tolerated the procedure well and is headed back to the White House to resume her normal schedule’, her communications director Elizabeth Alexander said in a statement at the time.