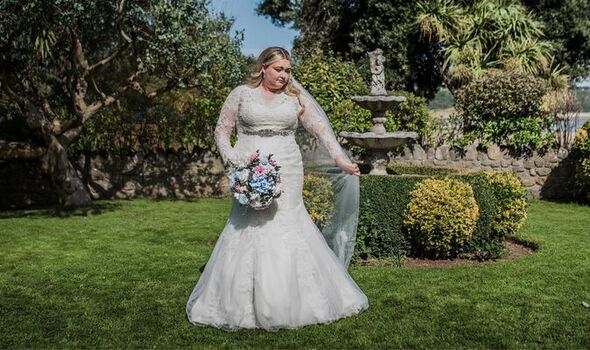 A woman who was jilted on the morning of her wedding made the brave decision to carry on with the celebrations surrounded by her loved ones. Kayley Stead found out hours before the ceremony, which she had poured her life savings into, that she would not be marrying her partner of almost four years.

The 27-year-old went ahead with her wedding entrance, meal, speeches, dances, and even posed for professional photos without her husband-to-be on September 15 at Oxwich Bay Hotel in Gower, Wales.

She entered the party singing along to Lizzo’s “Good as Hell” with her bridal party.

Brave Kayley punched off the top tier of her wedding cake, and spent her first dance with the groomsmen, her brothers, and dad Brian, 71.

Now living alone, with her honeymoon cancelled, Kayley is pleased she still had the party – so money and effort did not go to waste.

Her friends have rallied around her, barely leaving her side and setting up a GoFundMe page to try and recoup some costs.

Insurance clerk Kayley, who lives in Portmead, Swansea, Wales, said: “I saw the groom at around 4pm the day before the wedding and I haven’t heard from him since.

“We’ve tried to reach out to him, but I’ve had no response from him, no reason why. I’ve had no explanation – not that I want one now, because it’s too far along the line.

“It was an absolute shock, I had no indication he was going to do this but seeing my girls distraught as well made me want to turn the day around.

“I didn’t want to remember the day as complete sadness.

“The whole day, we were saying it felt like an episode of Hollyoaks or EastEnders. It didn’t feel like a real-life situation.

“There were so many special moments, like my wedding entrance, the sparkler walk, the first dance and punching the wedding cake – so there was still happiness in the day.

“I’d spent all this money, I’d been looking forward to the food, a dance with my dad, spending time with my family, so why not?” 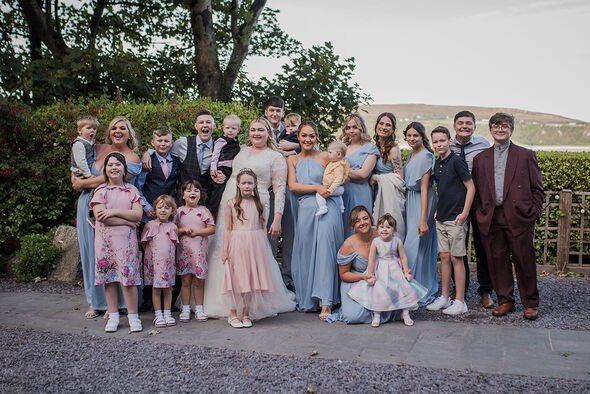 Kayley and her ex started dating in December 2018 and got engaged when he proposed in August 2020.

The night before the wedding, Kayley stayed in an AirBnB celebrating with her bridesmaids while the groom and his groomsmen stayed in a caravan near the venue.

Kayley said: “The groom and I had already agreed not to speak the night before the wedding anyway, so I didn’t know what was happening on his end, I didn’t have a clue.

“I was in complete bliss – unknown bliss.”

The groomsmen contacted the bridal party to tell them he’d left, she claims.

Kayley said: “We woke up at quarter past six when the make-up artist arrived, had breakfast together and then started getting ready.

“One of the groomsmen contacted my best friend to say the groom was gone, and the bridal party hid my phone so they could decide what was the best way to tell me and I wouldn’t find out from someone else.

“They wanted to make sure he was definitely gone before panicking me.

“I found my phone and saw I had a missed call from his mum. I called her back and she was crying and told me he had gone for a drive in the early hours of the morning, and he was gone.

“At that point, I wasn’t nervous, I was still quite hopeful, as throughout our relationship, he had sometimes gone for a walk or a drive to clear his head when he was nervous.

“I asked the girls, his family and the groomsmen to continue getting ready, because I honestly believed he was going to be there.” 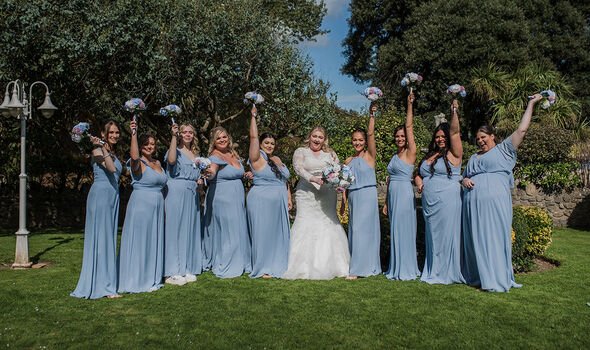 At around 11am, Kayley had just sat to have her hair done with her make-up all finished when she spoke to the groom’s dad on the phone.

She claims he told her that her partner would not be attending the wedding.

Kayley said: “At that point, I was gone. I was sobbing.

“Once I told my parents, the hairdresser and the videographer, that’s when I had to tell myself that it wasn’t going to happen.

“As a joke, the videographer said: ‘Why don’t you carry on, girls? You’ve spent all this money, you’re not getting it back, all your guests are there, why don’t you just go?’

“My sister was redoing my make-up, because at that point it was all just gone, and she said: ‘Why don’t you do it, Kayley?’

“That’s when I was like, I’m going to do it. I’d spent all this money, I’d been looking forward to the food, a dance with my dad, spending time with my family, so why not?”

The two wedding parties headed into the ceremony room together and told the guests what had happened before asking them to head out to the garden to meet Kayley instead.

Kayley said: “I didn’t want to see the ceremony room – I’ve never seen how that looked.

“When my sister and my best friend were explaining what had gone on to the guests, everybody was crying because they had been looking forward to that day.

“I asked for 10 minutes to myself before I saw my guests, and then rather than walking down the aisle, I walked round the corner in my dress and had everybody just looking at me.

“Nobody knew what to do, I think they were a bit scared to say something, and then everybody just started cheering and hugging me.” 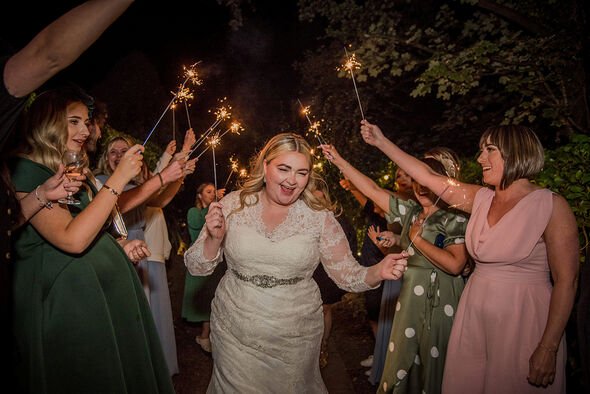 All of the groomsmen stayed, as well as all of her friends, family and loved ones.

With their support, Kayley carried on with the day she had planned without her groom and made changes throughout to turn a devastating day into a beautiful one.

Instead of the traditional bride and groom’s entrance, Kayley was joined by the groomsmen and bridesmaids as they sang and danced along to Lizzo’s ‘Good as Hell’ on their way to the top table.

She said: “We were just doing things off the cuff, really. It was all based on instinct, and we just went with it.

“I still wanted photos because all of the groomsmen and bridesmaids looked absolutely incredible, and I wanted them to have their pictures as they normally would.

“The photographer also took a photo of me in my dress in the garden, and then we did family photos and bridesmaid photos instead of the bride and groom.

“You can probably see a few tear streaks down my face, but I love the photos.

“I was never going to make a speech, but I wanted to thank everyone for staying because they didn’t have to. It was a very awkward situation for them to be in, but they all stayed.

“I wanted to make sure everyone knew that it wasn’t about the sad, we were going to power through this.

“Everybody kept saying sorry to me, but I wanted that to stop – they hadn’t chosen that path, they’d chosen to stay, so let’s celebrate that.”

The photo booth had originally displayed ‘Mr and Mrs’ with what would have been the couple’s married name but was quickly replaced with a sign that read ‘Kayley’s Shindig’.

Rather than sharing her first dance with the groom, Kayley instead danced with her dad, brothers and the groomsmen to ‘Love You To The Moon and Back’ by Dolly Parton.

Kayley said: “I’d always dreamed of dancing with my dad at my wedding.

“My four brothers and the groomsmen joined in because I wanted to thank them for staying.

“They didn’t run away, and I would have totally understood if they did, but they stood by me the whole day.” 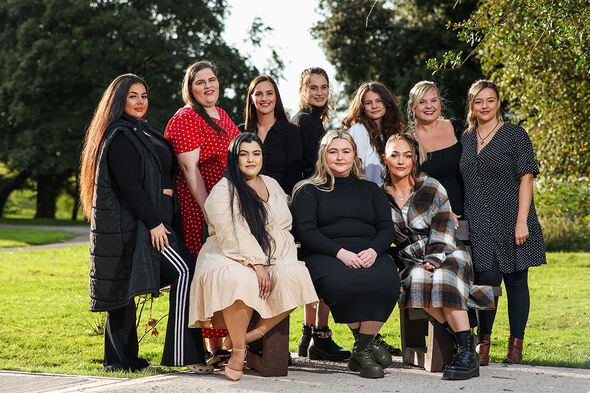 Instead of walking through the sparkler tunnel with her groom, Kayley walked through alone and partied the night away with her guests before spending the night in the bridal suite with her maid of honour and one of her best friends.

Kayley is now adjusting to a newly-single life without her groom and isn’t going on the honeymoon to Turkey.

She has packed up her ex’s belongings from her home and left them with family with still no word or explanation from him, she claims.

Kayley said: “My best friends haven’t left my side since, they slept with me in the room, so I wasn’t on my own, as it was a weird space to be in without seeing all his stuff.

“I don’t believe in fighting fire with fire, I’d rather just deal with the situation as best as I can and hold my head high.

“I don’t want anybody to think I gave him a reason to leave me because I had no inclination before that he was going to do this.

“I had no clue, no signal. He showed me no reason as to why he would leave me on that day.

“A couple of days before, we were going for food together, he was talking about the honeymoon, and he bought me a book last Christmas with a million reasons as to why he loved me inside, all handwritten with our special moments.

“After I found out he wasn’t coming to the wedding, I decided I didn’t want to remember the day as complete sadness.

“There were so many special moments, like my wedding entrance, the sparkler walk, the first dance and punching the wedding cake. There was still happiness in the day.”

Since the wedding, Kayley’s friends have set up a GoFundMe page to try and help Kayley get some money back after she spent her life savings on the day.

Kayley’s best friend and maid of honour, Jordie Cullen, 27, who set up the GoFundMe page, said: “Kayley has a heart of gold and would do anything for anyone.

“She did not deserve to be left on the morning of her wedding day with no explanation and zero contact from the groom.

“We now ask you help us pick our girl up, dust herself off and move on.

“As her best friends and family, we want to help build a fresh start for her where she never has to suffer financially from the aftermath of this ordeal.”