Actor Joe Swash has been crowned the winner of ITV’s Dancing On Ice.

The former EastEnders star and his skating partner Alex Murphy were named the victors in Sunday’s final, which was watched by 4.6 million viewers, according to overnight figures.

Diversity star Perri Kiely had been the bookies’ favourite throughout the series, but was beaten by Swash – to the dismay of some fans.

Swash subtly paid tribute to Caroline Flack during one of his routines.

The words “Be Kind” were seen on a poster behind him – referring to the phrase Flack used in an Instagram post shortly before her death last month.

Dancing On Ice is not the first ITV competition Swash has won – he was also crowned king of the jungle in 2008’s series of I’m A Celebrity… Get Me Out Of Here! 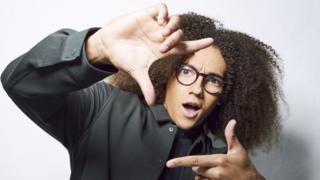 In the finale, Swash and Murphy performed their own take on Jayne Torvill and Christopher Dean’s famous Bolero dance. Torvill and Dean are judges on the ITV show.

“This has been the most amazing experience to share with Al,” Swash told presenter Holly Willoughby.

During the episode, the judging panel told Swash he was the most improved contestant over the course of the series, with Dean telling him he’d gone from a “flat-out faller to a finalist”.

Kiely said he was happy for Swash, telling Philip Schofield: “I’ve achieved everything I wanted to, Joe has come so far and I’ve made a friend for life with Joe, he’s my brother.”

Earlier in the show, Keily performed a backflip on the ice – the first in Dancing On Ice’s 12-series history.