In early March,33-year-old Sarah Everard disappeared while walking home from a friend’s house in London; by mid-March, her remains had been found and a Metropolitan Police officer had been charged with her murder, and by the end of March, a vigil had been planned in her honor at Clapham Common, the park she walked through on night she was killed. The vigil was attended by thousands, including former South London resident Kate Middleton, Duchess of Cambridge, who laid flowers at the Clapham Commons bandstand per Tatler, a story that might have been reported on very differently had it ended there. But after the Duchess left, as night fell, the police forcibly shut down the gathering, with social media capturing footage of several women pinned to the ground and arrested. Amid widespread backlash for the seeming force of their response, police commissioner Dame Cressida Dick gave a new BBC Radio 4 interview — but her reasoning for why Kate’s appearance at the vigil was legal while other attendees’ wasn’t left many listeners wanting. 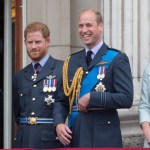 Dick spoke with BBC journalist Justin Webb about the response to the Sarah Everard vigil, defending the police’s right to shut down the illegal event while claiming Duchess Kate’s appearance fit under another designation.

“It was legal for her because you think she was there for work?” Webb questioned her, after she mentioned that might have been a legal reason why Kate was at the vigil.

“There was a very calm vigil which she attended…it started off in a socially distanced manner,” Dick began. “It was quite clear that whatever the organizers wanted to arrange, the numbers were going to be overwhelming. There was not an ability in the long run to be able to keep this socially distanced or in any way COVID safe or in fact strictly legal.”

“You have said that, if it was legal, you would have gone but you didn’t go, you didn’t attend the vigil, so we can assume from that comment you thought no part of it was legal, including the part that the Duchess of Cambridge attended?” Webb questioned her specifically.

But Dick continued to insist there was a set of circumstances in which Kate stopping by and laying flowers at the vigil was different from the attendance of other members.

“It was clearly possible under the law for example for somebody who lived locally to walk as many did and lay flowers legally,” Dick offered.

Essentially, if Kate was just going for a local stroll and not out with the intention of gathering, then it was okay? We don’t have to explain why it’s problematic for royals to go by one set of laws and the rest of the people to go by another, and many on Twitter are holding on to this as an example of clear prejudice on behalf of the police and a moment to question how exactly the royal family serves the public if they’ll show up at a vigil, but not speak out when police come down on fellow protestors.

Some of the most cynical on Twitter have suggested that Kate was using this as a PR moment to distract attention away from negative press facing the royal family after Meghan Markle’s Oprah interview, which made claims of racism and revealed that Kate had made Meghan cry before her wedding in 2018. We believe that Kate may have genuinely wanted to show her solidarity in the light of this tragedy. But given how the vigil was ultimately treated by police, it was a mistake to appear and not address the arrests that occurred thereafter.

Before you go, click here to see things you never knew about Kate Middleton before she met Prince William.