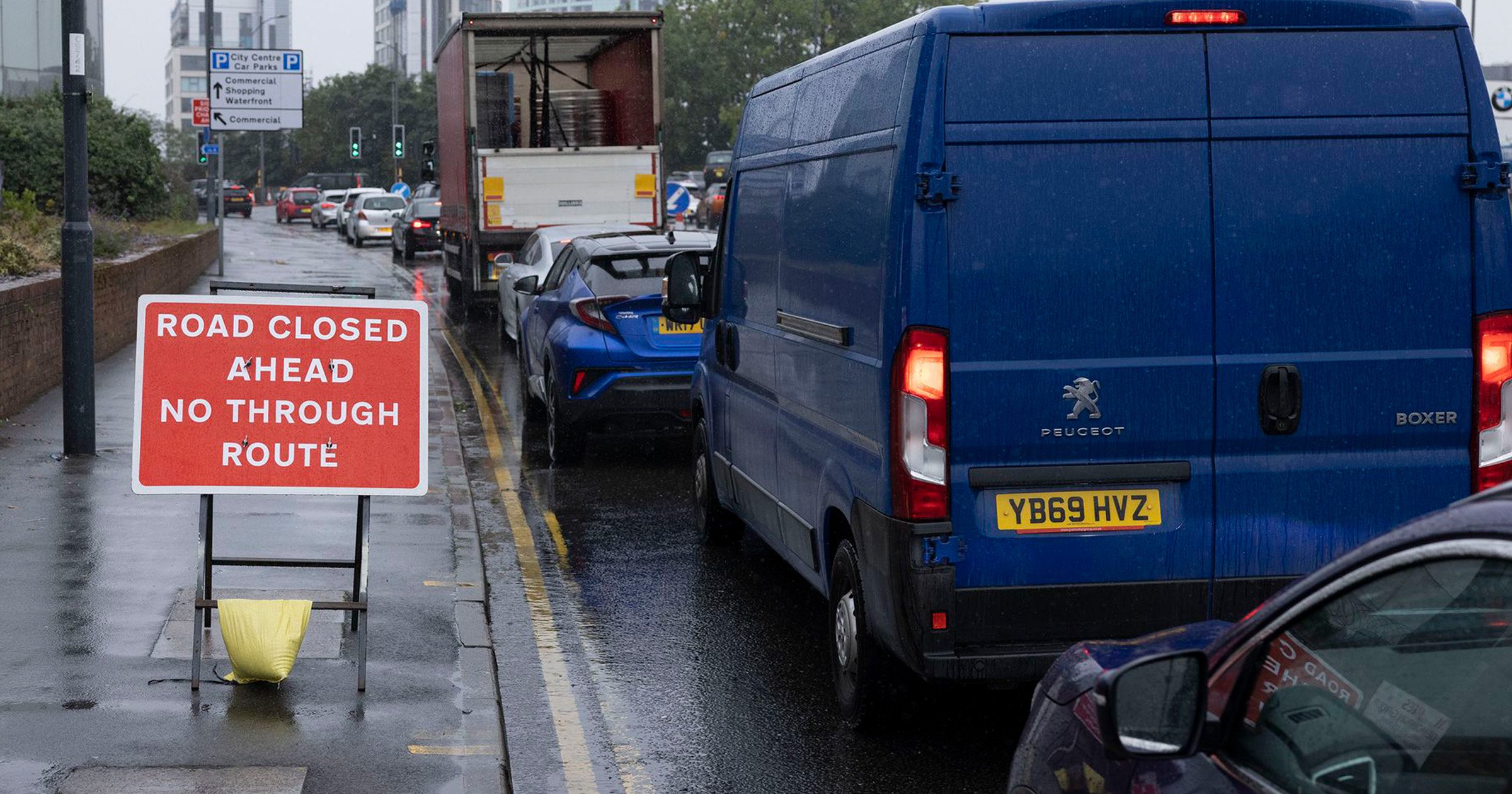 A ‘car-free day’ in Liverpool has been branded a ‘disaster’ and forced to end early amid chaos, congestion and bad weather in the city centre.

The city’s council had closed off large parts of The Strand yesterday in an attempt to encourage people to seek alternative means to travel around the city.

The planned closure was due to continue until 4pm, with a range of activities set to take place on the road.

But it wasn’t long before problems started to arise as large queues of traffic began to build up around the city centre, bringing the entire place to a standstill as vehicles were diverted away from the waterfront.

One image of the traffic jam, shared on Twitter by Tommy Joseph, showed a trail of gridlocked vehicles idling on Tithebarn Street.

He tweeted: ‘Surely this many cars being idle with their engines running is having the opposite effect of improving the cities (sic) air quality?’

Another Twitter user, Jonny, shared a video of a huge queue of cars on the southern part of The Strand. He said: ‘“Car free day” on the main road through the city. Sounds great on paper. Of course I want better air.

‘But the road to hell is paved with good intentions; and the execution and unintended consequences are dire.’

‘The council is also investing in more infrastructure be it cycling lanes to a new e-bike service to provide more opportunities for people to make that step towards a healthier lifestyle and a healthier environment.’