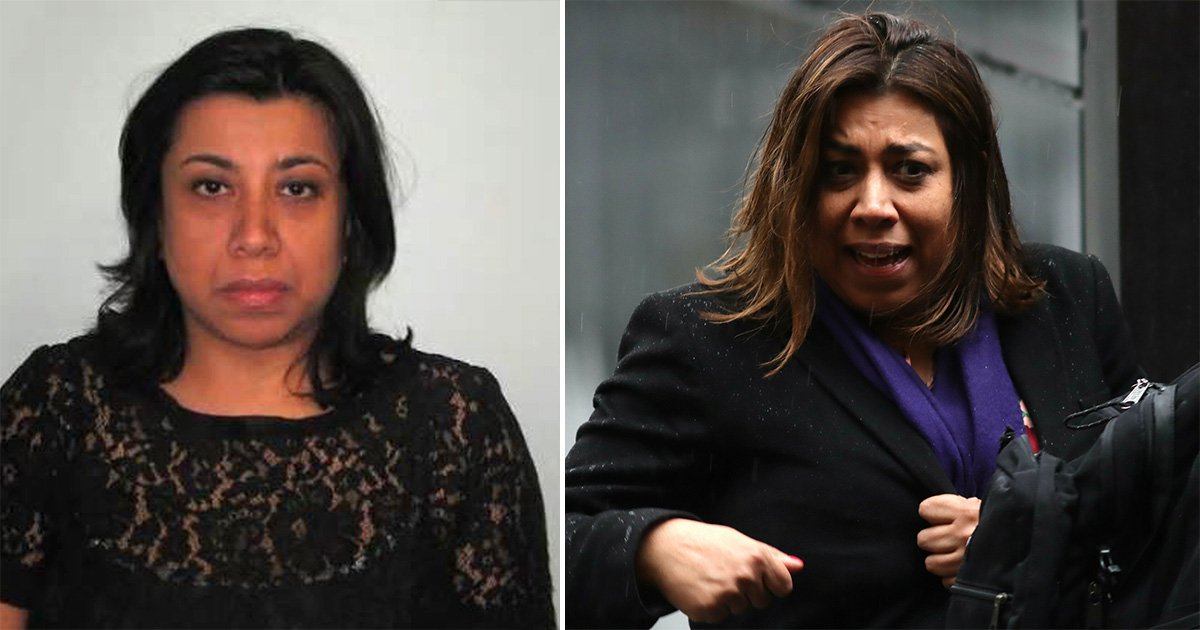 A woman once dubbed ‘London’s most dangerous’ after she tried to destroy the life of a church warden she was stalking may soon be released from prison.

Farah Damji, 53, was jailed for five years in 2016 for stalking a man she met on an online dating website.

After rejecting her sexual advances, Damji made her victim’s life ‘a complete hell’ before being sentenced.

Despite raising £5,000 through Twitter donations to help appeal her sentence, Damji was jailed again in 2020 for 27 months for breaching some of her many restraining orders.

This included ‘character assassinations’ of people who had been protected by the restraining order, such as her former legal representatives and police officers.

She even sent a letter to the Government accusing the investigating officer of ‘stalking and harassing her’.

PC Vincent Chan was also accused of ‘scaring’ her elderly mother and launched an online campaign to ‘besmirch’ the character of the officer.

However Damji, who is the daughter of a multi-millionaire property developer, failed to turn up to the hearing, insisting that she was visiting her GP in Ireland to acquire a sick note.

Despite pleas from her barrister to to adjourn the case, Judge Michael Gledhill sentenced the 53-year-old in her absence.

He told her barrister: ‘You are being treated as a puppet while she is refusing to come to court. She has made herself absolutely scarce so that the police cannot find her.’

The court heard that Damji was jailed for the first time in 2010 for a £17,500 housing benefit fraud.

She has numerous convictions for fraud, theft, perverting the course of justice and three separate counts of stalking and has been the subject of high-profile affairs.

Prosecutor Richard Hearnden said: ‘The other matter concerns impersonating the secretary of a government minister telling CPS to drop the case on the phone.

‘One of the victims suffered from PTSD after her campiagn to destroy his life including claims that he was convicted for domestic violence and investigated by the FBI for fraud.

‘In short, she has made the lives of three people with who she had become entangled with complete hell.’

Damji will now serve the rest of her sentence until her release in the coming days.