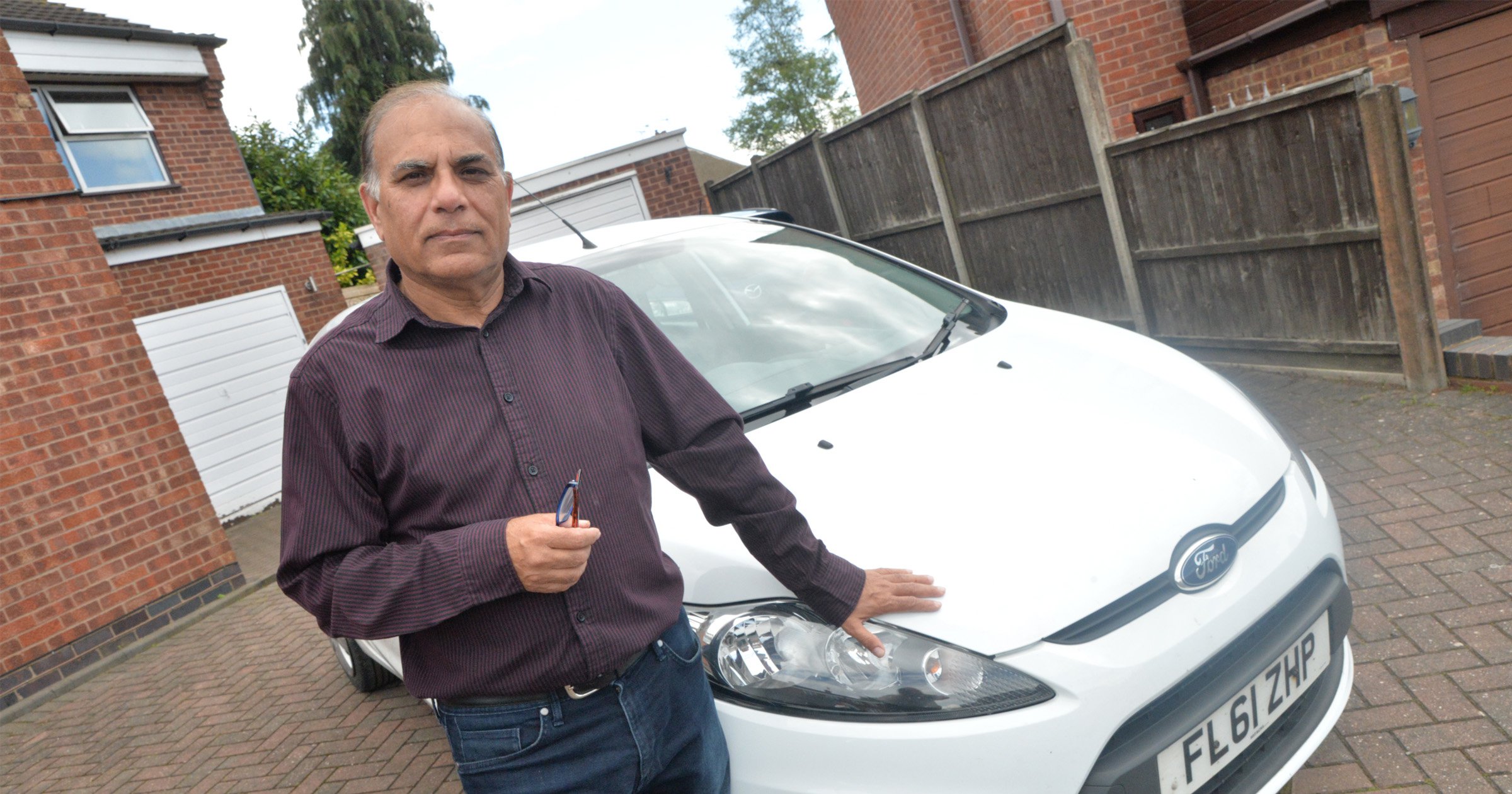 A pensioner says he’s been threatened with debt collectors for making a simple typo while paying a £5 parking fee at Heathrow Airport.

Pravin Kotecha, 66, made the error while dropping his wife off in November – mistyping a single digit while inputting his car registration.

He was sure the online payment went through and says he received an email from parking firm APCOA confirming it had been accepted.

But Pravin, from Thurmaston, Leicestershire, later travelled to India for a month and came home to find two notices from the firm telling him he hadn’t paid.

He said the company eventually told him he would have to pay a fine to settle the debt and later revealed that the matter had been passed to a debt collector.

Explaining how he checked the documents immediately and spotted his typing error, Pravin said: ‘I sent an email to them that day, when I realised my small mistake, to explain.

‘But they didn’t respond. I put it down to being so close to Christmas and New Years, so I waited.’

Pravin sent another email on January 7 and got no response again, but he continued to receive letters from APCOA.

The firm warned him that an inflated charge, initially of £150 but later rising to £235, was now due.

Despite entering the wrong registration plate number, Pravin still had proof of payment from his bank account.

He said: ‘I tried to ask them where the payment had gone. Four weeks later they sent another letter so I replied again and the next time I was sent a debt collector’s letter.’

The £150 charge had become £235 and Mr Kotecha still had no luck getting in touch with the parking company.

Instead, he managed to speak with the debt collector and was able to explain that he had been given no opportunity to appeal the initial charge.

‘I wanted to challenge this because it makes you wonder how much these companies are taking advantage of people,’ he said.

‘They had no system for me to appeal or confirm my details before I paid and they haven’t responded to me.’

Pravin is now in touch with solicitors and is considering taking the matter to the small claims court.

He was also advised to offer to pay the full fee into an escrow account – a segregated account opened by the solicitors to hold the cash until the two parties can come to a contractual agreement.

He said he’s put this to the debt collector, which he says is still waiting for a response from APCOA.

The parking firm said it ‘understands that keying in an incorrect car registration is an easy error to make’ and will ‘take that into consideration’.